The Hatters face West Bromwich Albion in the Sky Bet Championship tomorrow afternoon as Graeme Jones’ side aim to win their second game in succession.

After beating Derby County 3-2 in a thrilling match at Kenilworth Road in midweek, Town will look to move closer to safety with a positive result at the Hawthorns.

The Baggies have gone seven games without a win in the league and slipped down to second place following defeat to Cardiff City on Tuesday night.

International supporters will be able to stream and follow the game live on iFollow Hatters. Subscribers can tune into Simon Pitts’ full match commentary as well.

Supporters heading to the Hawthorns please note that catering outlets at the ground are card only and cash will not be accepted.

On player fitness: “Matty is sore. He’s ended up getting a pocket of blood on the hip which anybody who knows Matty Pearson, there’s only Matty Pearson that could have carried on an extra 25 minutes and get through half-time and stiffen up. He’s just an exceptional character but he’s sore with it so we’re assessing him, Sonny and Ryan Tunnicliffe in the next 24 to 48 hours, Tunns took a bit of a whack on his ankle so we will have to see.”

On returning to West Brom: “Yeah I’m looking forward to it. Wonderful football club and I mean wonderful, one per cent of me was disappointed there if I’m being honest, I know what happened to me and Darren. The rest, 99 per cent was magnificent, love the club and I mean that. Really, really settled and I’m looking forward to seeing some familiar faces.”

On Slaven Bilic: “There is big responsibility, it’s a huge football club, absolutely huge and it’s not easy particularly playing at home because expectations there, you normally have to break a side down, but they’ve got an incredible manager in Slaven Bilic. I came up against him a lot when I was assistant, I’ve obviously managed against him now but tactically he’s really, really bright. He’s got some excellent footballers and we will have to be at our best as we were on Tuesday to get something.”

West Brom are a club steeped in history and until 2018 they spent eight consecutive seasons in the Premier League. They have won the FA Cup five times, the most recent being 1968. They have also lifted the Football League Cup and even won the First Division 100 years ago this season.

Kick-off is 3pm at The Hawthorns on Saturday 1st February.

The referee for Saturday's game is Stephen Martin - who has taken charge of 23 games this season, dishing out 51 yellows and two red cards.

Tickets for this fixture are still available for purchase from the Town ticket office.

The Hatters welcomed Slaven Bilic’s side to Kenilworth Road in August, a match they narrowly lost 2-1.

The last time they travelled to West Brom for a league fixture was in January 2007 and that day also suffered a close defeat.

There have been 45 meetings between the two sides since 1897. West Brom hold the upper hand with 25 wins, whilst Luton have won 11 and shared nine draws.

The main blow-by-blow action account of the action from The Hawthorns will be provided via the Match Centre on the club website, which you can access by clicking here.

The Hatters suffered a 2-0 defeat at the hands of Sky Bet Championship leaders West Bromwich Albion at the Hawthorns this afternoon.

Town went behind early in the first half as Donervon Daniels diverted Callum Robinson’s cross into the back of his own net.

The hosts doubled their lead in the 70th minute when Semi Ajayi headed the ball in, ending a run of seven games without a win to move them back above Leeds United.

Hatters boss Graeme Jones made one change to the starting line-up following victory against Derby County in midweek, with Daniels making his first league start in place of the injured Sonny Bradley.

West Brom took the lead in the 14th minute as Robinson’s dangerous cross was turned in by Daniels, whose outstretched leg diverted the ball past Simon Sluga into the back of the net.

Kazenga LuaLua was dangerous as ever for the Hatters going forward, and he went close to equalising but his shot from the edge of the box went narrowly over the bar.

Town had the ball in the back of the net 20 minutes after the opener as Pelly-Ruddock Mpanzu’s shot was flicked on by Harry Cornick towards Collins, who stabbed the ball home from close range, but he was judged to be in an offside position.

Matty Pearson made a vital block on the stroke of half-time to deny Albion a second goal. Matty Phillips delivered a cross into the box which Filip Krovinovic flicked into the path of Austin, but as he was about to make connection, Pearson was there to clear the danger.

The Hatters had the best chance of the second half as LuaLua got forward down the left-hand-side and picked out Mpanzu in the middle, but a touch too many from the midfielder allowed the hosts to block his shot behind for a corner.

There were big appeals for a Hatters penalty in the 64th minute as Mpanzu turned Bartley well but was seemingly pushed to the ground as he tried to continue towards goal, though referee Stephen Martin was unmoved.

At the other end, Sluga produced a top save to deny Phillips initially, but two minutes later the winger delivered an accurate cross into the box that was powerfully headed home by Ajayi.

Town continued fighting valiantly and could have got a goal back when the former Baggies Izzy Brown and Callum McManaman combined shortly after West Brom’s second, but the latter’s effort was blocked.

Despite continuing to push, the Hatters left the Hawthorns with no points, leaving them seven points from safety with 16 games remaining.

Tickets for the Hatters’ Sky Bet Championship match against West Bromwich Albion are available for purchase from the Town Ticket Office until 2pm - and will also be on sale on the day at the home of the Albion to away supporters, subject to availability.

Tickets can now only be purchased from the Ticket Office over the phone on 01582 416976 - any tickets now purchased will need to be picked up from Kenilworth Road.

Make sure you’re at the Hawthorns to cheer on Graeme Jones’ side! 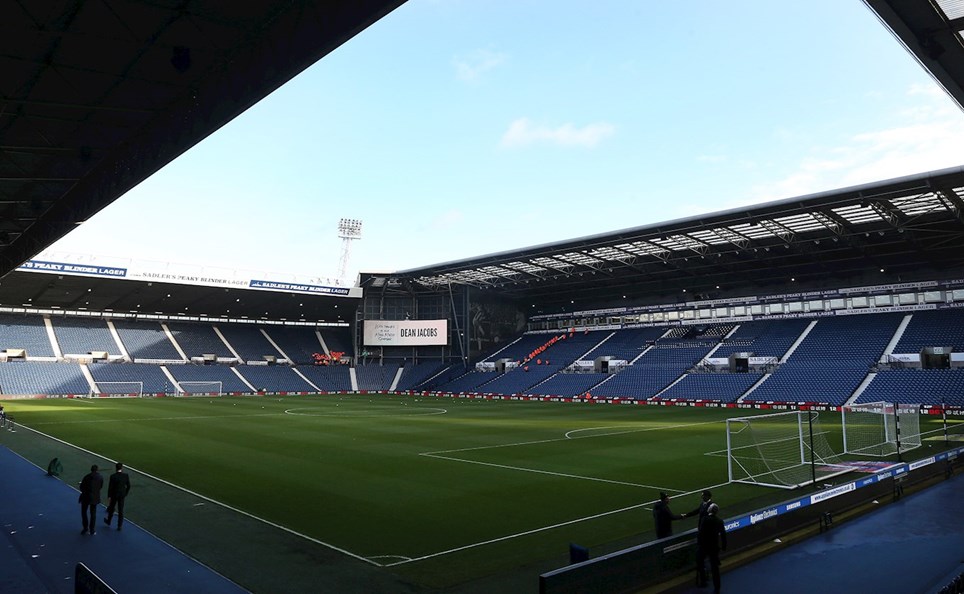 
The Hatters have received a full allocation of 2,000 tickets for their Sky Bet Championship fixture at West Bromwich Albion on Saturday 1st February.