The Hatters played host to Championship rivals Brentford this lunchtime at Kenilworth Road, twice coming from behind to run out 4-2 winners with James Collins, Callum McManaman, Danny Hylton and Luke Bolton on the scoresheet.

With friendlies currently having to be refereed by club coaching staff, Town goalkeeper coach Kevin Dearden – the former Brentford number one – took the whistle.

There were no supporters for the proud Lutonian to upset in either end, but his unwillingness to give Collins a first-half penalty certainly earned the wrath of the Hatters striker – and gave him an indication that he wasn’t going to be in for a quiet afternoon! 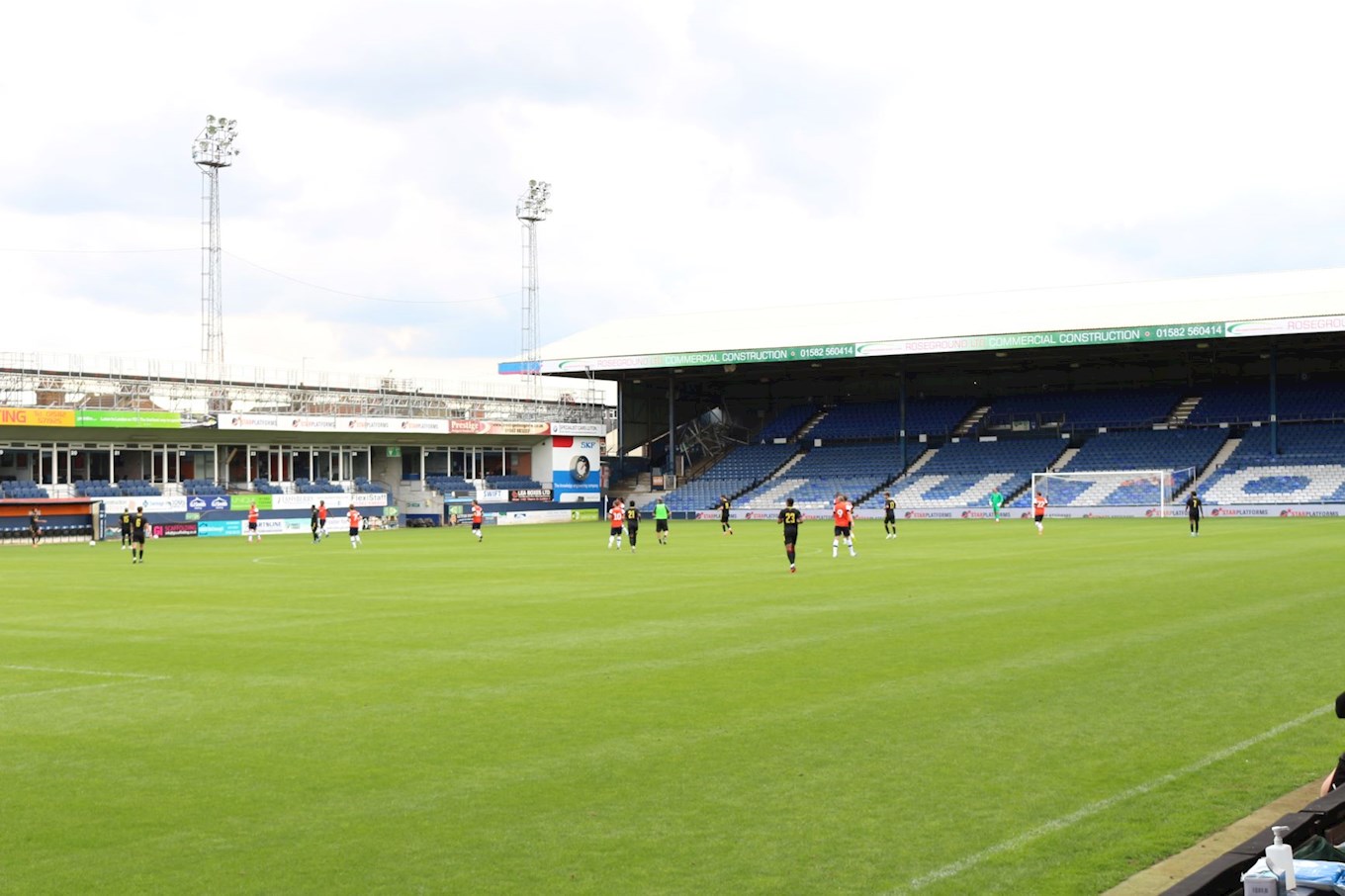 Brentford, the club for whom Dearden played more than 200 times in the 1990s, knocked the ball around with their trademark fluidity and took a lead with some neat play into the box and a fine finish from Halil Dervisoglu in the 15th minute.

The Hatters drew level just before the half-hour, however, through Republic of Ireland international Collins.

A patient build-up after a spell of possession at the back saw Cameron Carter-Vickers find James Bree on the right touchline. The full-back played it inside for Izzy Brown, and the Chelsea loanee picked out Collins with an exquisite lofted pass to volley left-footed past Luke Daniels.

The top scorer went close again, meeting a Bree cross with a header that proved just too high, but Tariq Fosu restored the Londoners’ advantage four minutes into the second half. 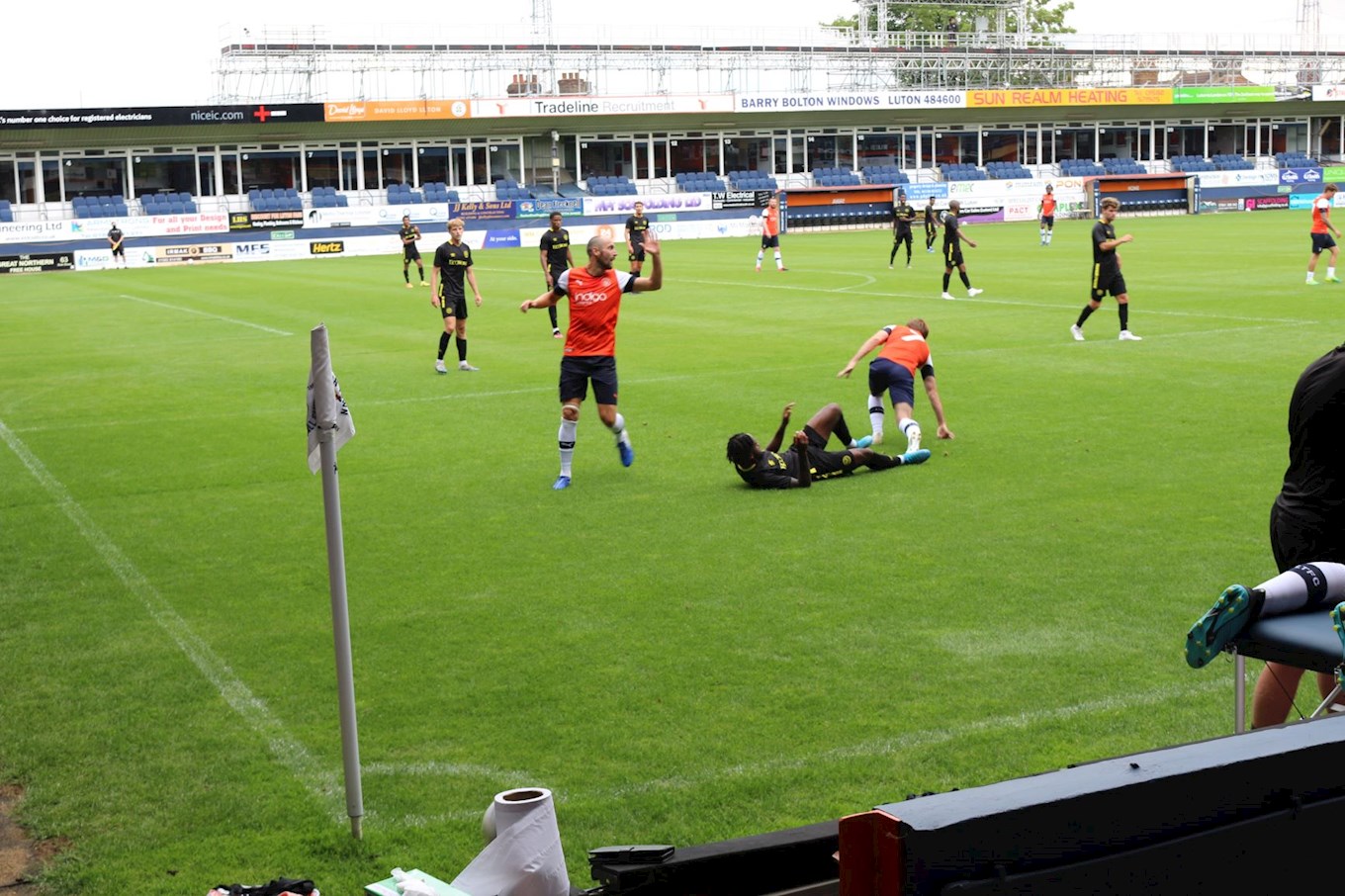 The Hatters – with ten men changed from the opening 45 minutes – soon grew back into the game.

McManaman curled an effort just wide soon after the hour, then the former Wigan man led a break down the left that saw Peter Kioso and Jacob Butterfield create an opening for Ryan Tunnicliffe, whose low cross-shot just eluded Hylton in the six-yard box.

McManaman soon had a goal his contribution deserved, latching onto a Tunnicliffe pass on the right side of the area and firing a low shot past Daniels into the bottom corner with the outside of his boot.

The Town were in front in the 76th minute through Hylton. After appealing unsuccessfully to Dearden, situated as ever in the centre circle, for a penalty as he tried to get on the end of another McManaman centre, Hylton rose to meet Butterfield’s left-wing corner with a glancing header into the far corner.

It was four in the 80th minute when Bolton went on a marauding run down the left, traded passes with Elliot Lee and Hylton, then cut inside his man to place a cool finish beyond Daniels to make it 4-2 and bring a good work-out to a close ahead of Preston North End’s visit on Saturday. 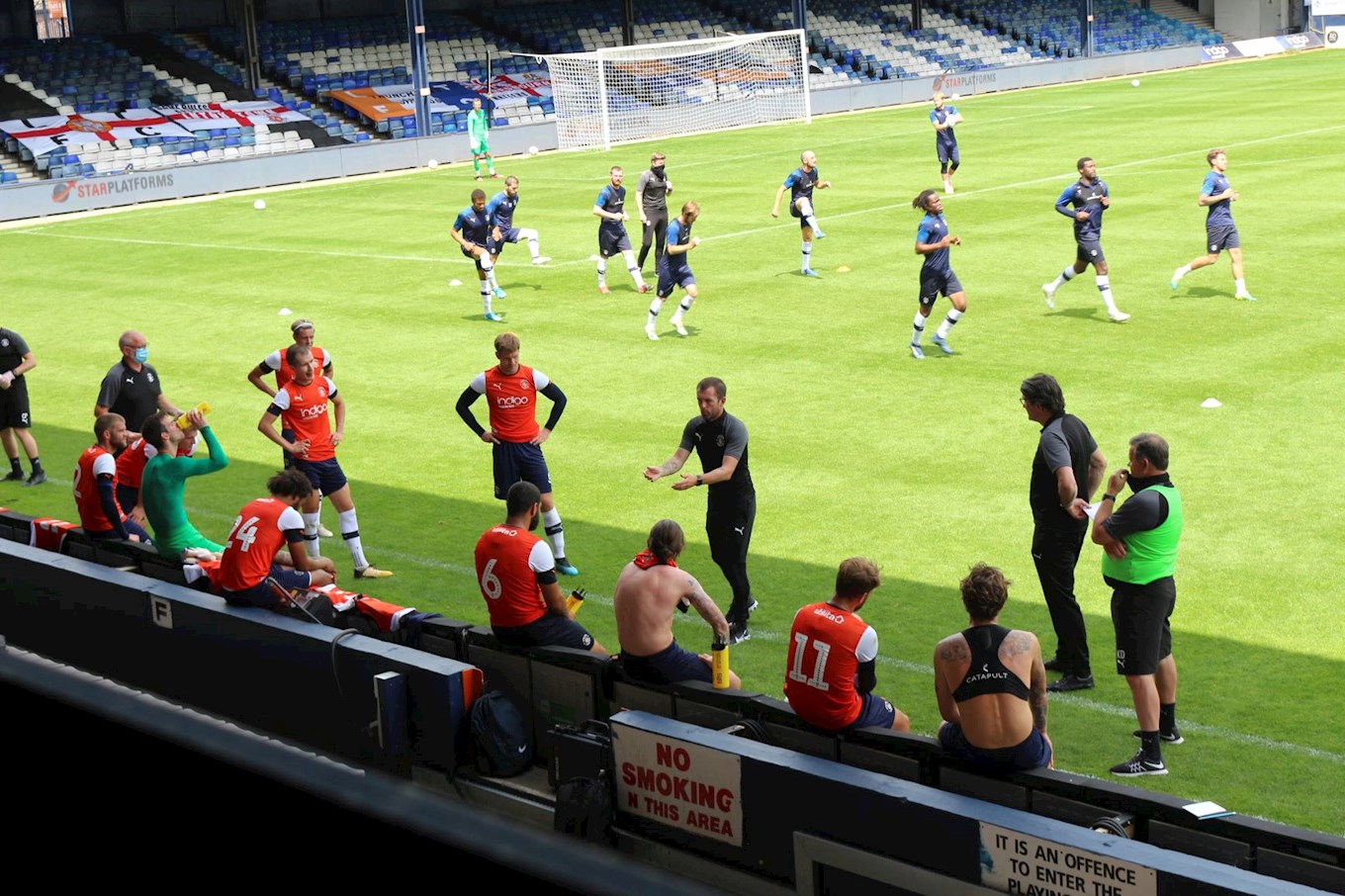