Kazenga LuaLua’s late winner gave Luton a deserved win at the KCOM Stadium, leaving the Hatters with every chance of staying in the Championship going into the final game of the season.

Luton incurred an early set-back as Dan Potts limped off during the warmup, and was replaced by the experienced Martin Cranie, with Jacob Butterfield taking his place on the bench.

Hull controlled the opening exchanges and forced Simon Sluga into an early save after George Honeyman’s in-swinging free-kick was tipped over the bar.

Luton rode the early storm and took control of the game without creating any clear-cut opportunities, keeping possession and trying to work an opening, with Hull’s long throws from the left keeping the Hatters on their toes.

Before the drinks break, Town had their first effort on goal through Luke Berry, making his fourth consecutive start. Harry Cornick cut inside from the right and found Berry in space at the edge of the box, but his curling effort was saved comfortably by Hull stopper Matt Ingram.

Hull continued to utilise their left flank, as skipper Elder’s delivery found Tom Eaves at the back-post, but his header drifted over the bar.

The Hatters created their best opportunity of the half with five minutes remaining. James Bree found space down the right after a one-two with James Collins, but Cornick was unable to get a first-time shot away from his whipped cross.

Luton upped the ante in the opening exchanges of the second-half, with Lee and Berry linking up well down the left, whilst Hull failed to clear a corner but the Hatters were unable to get a shot away.

Lee’s long-range free-kick just sailed over the ball, whilst good work from Collins found Pelly Ruddock-Mpanzu in the centre of the box, but his effort deflected over the bar as Luton continued to look dangerous.

Bree’s deliveries from the right were causing problems for Hull as the Hatters piled on the pressure. Luton broke down the right through Mpanzu, and Bree’s dangerous cross just evaded the onrushing Collins.

Luton had another opportunity before the drinks break, as Hull failed to clear a corner, Berry volleyed towards goal but Glen Rea’s flick-on skimmed the bar.

Nathan Jones introduced Danny Hylton and Kazenga LuaLua after the drinks break, and it almost had the desired effect as Mpanzu cut in from the left after good work from Hylton, but his effort from inside the box curled just wide of the far-post.

With ten minutes remaining Luton were carving out goalscoring opportunities with ease, with Hylton coming so close to giving Luton the lead. A touch from Mpanzu released Hylton in behind down the right, but his effort across goal fell agonisingly wide of the far-post.

Substitute George Moncur, on for Elliot Lee, raced through on goal, cut in onto his left foot but his effort went straight into the hands of Ingram.

With five minutes to play, substitute LuaLua gave Luton a deserved lead after a dominant second-half performance from the Hatters. Receiving outside the Hull penalty box, the winger cut in on his weaker left foot and fired into the bottom left corner, sparking wild scenes in living rooms across Bedfordshire.

Luton saw out the remaining six minutes plus five in stoppage time, sealing a crucial win that takes the fight to stay up to the final game of the season at home to Blackburn. 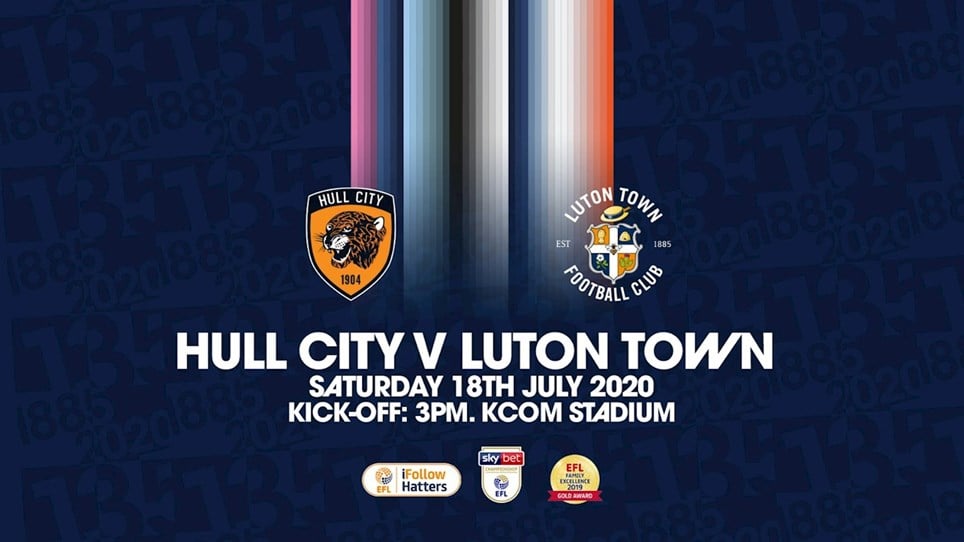 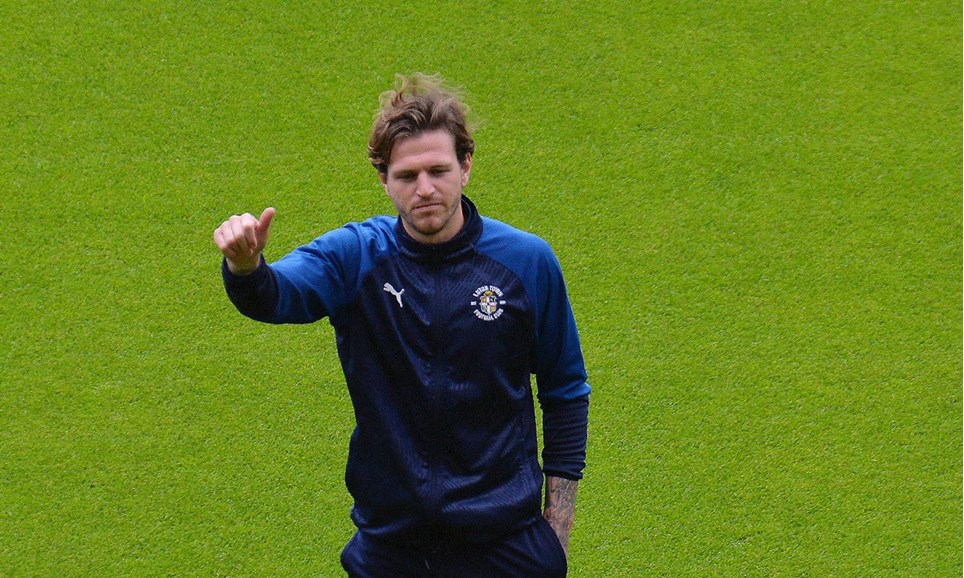 TEAM NEWS | HOW THE HATTERS LINE-UP AGAINST HULL CITY


Hatters boss Nathan Jones has made one change for this afternoon’s crucial Sky Bet Championship fixture against Hull City. 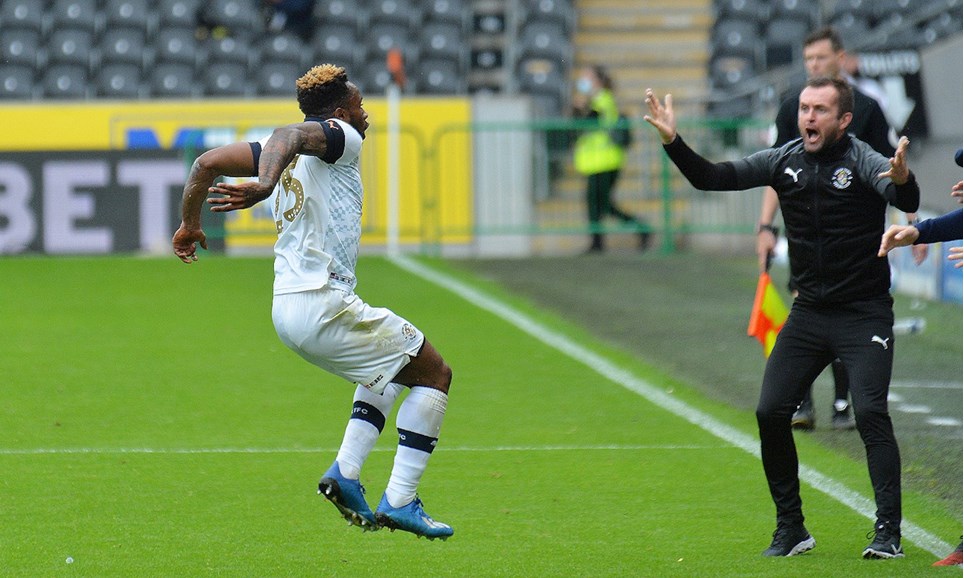 
Manager Nathan Jones claimed he was 'so proud' of his players after earning a vital three points in a 1-0 victory against Hull City this afternoon. 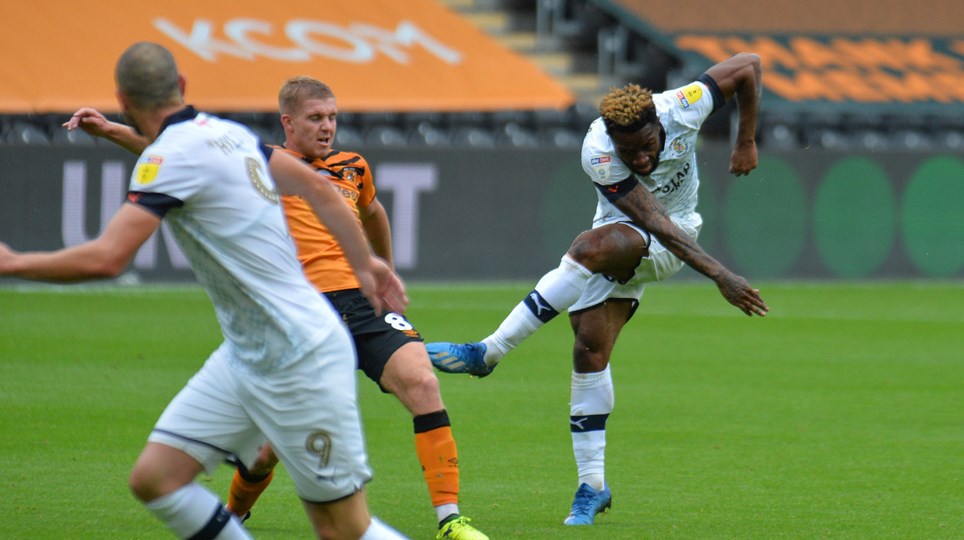 
Hatters forward Kazenga LuaLua was delighted to score the winner in yesterday’s 1-0 win against Hull but admitted three points was the most important.