Hylton last started a league game last March when he scored in a 4-0 win over Doncaster, after which he had an operation on a knee problem. His only match action since Jones took over came in the second half of the opening pre-season friendly at Welwyn Garden City, but he suffered a reaction that required further surgery.

Brown suffered a hamstring tear at Brentford at the end of November, a week before Potts was sidelined by a groin problem. The left-back made his comeback in the second half of last Saturday’s home game with Birmingham.

“That was really their first steps back on a full pitch, but it was lovely to see Izzy scoring after 30 seconds, which is the kind of impact you want. They are still recovering. It was two days ago now, so we’ll see how they are.” 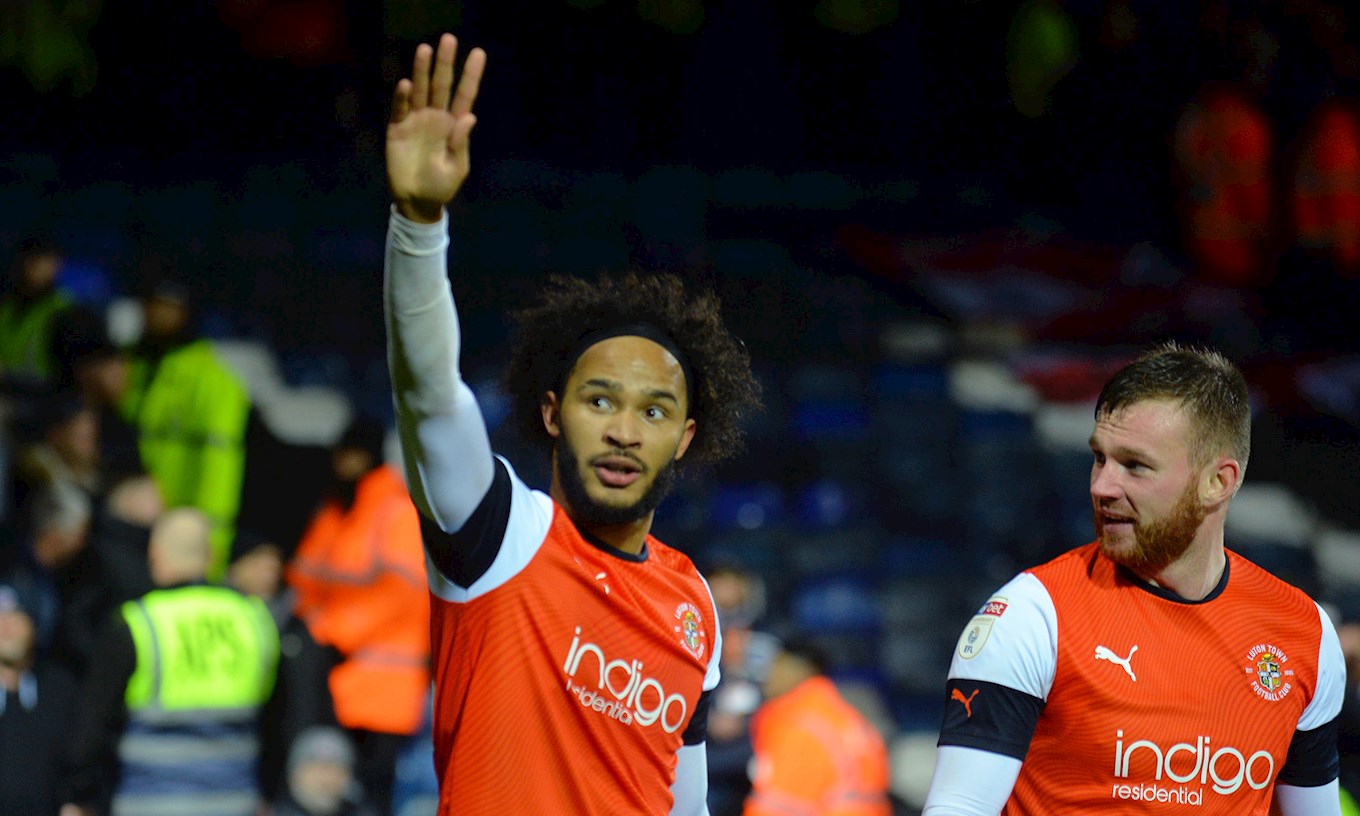 Jones spoke about potentially arranging another friendly in between the Forest and Derby matches to get more minutes into Hylton, Brown, Potts and Martin Cranie.

On Hylton, who has 58 goals in 118 matches since joining from Oxford United in the summer of 2016, he expanded: “It was last March the last time Danny played, so it’s ten months and Danny put in a massive shift for 45 minutes. He covered 7km in that time, which is huge. I’ve not seen those stats this season.

“He did some good things, but the timing at times is what you miss, and it’s not going to come back overnight.

“The positives are that I haven’t had him for the eight months that I took the job, so it was nice to see your centre-forward on the pitch, someone who has had a big impact at this club and someone who has had no reaction to his minutes, which is the most important thing.”

He all-but ruled out a loan move for the striker, explaining: “I don’t think there’d be any benefit really for us. We need to get him fit here to contribute between now and the end of the season, but we’ll see what happens.” 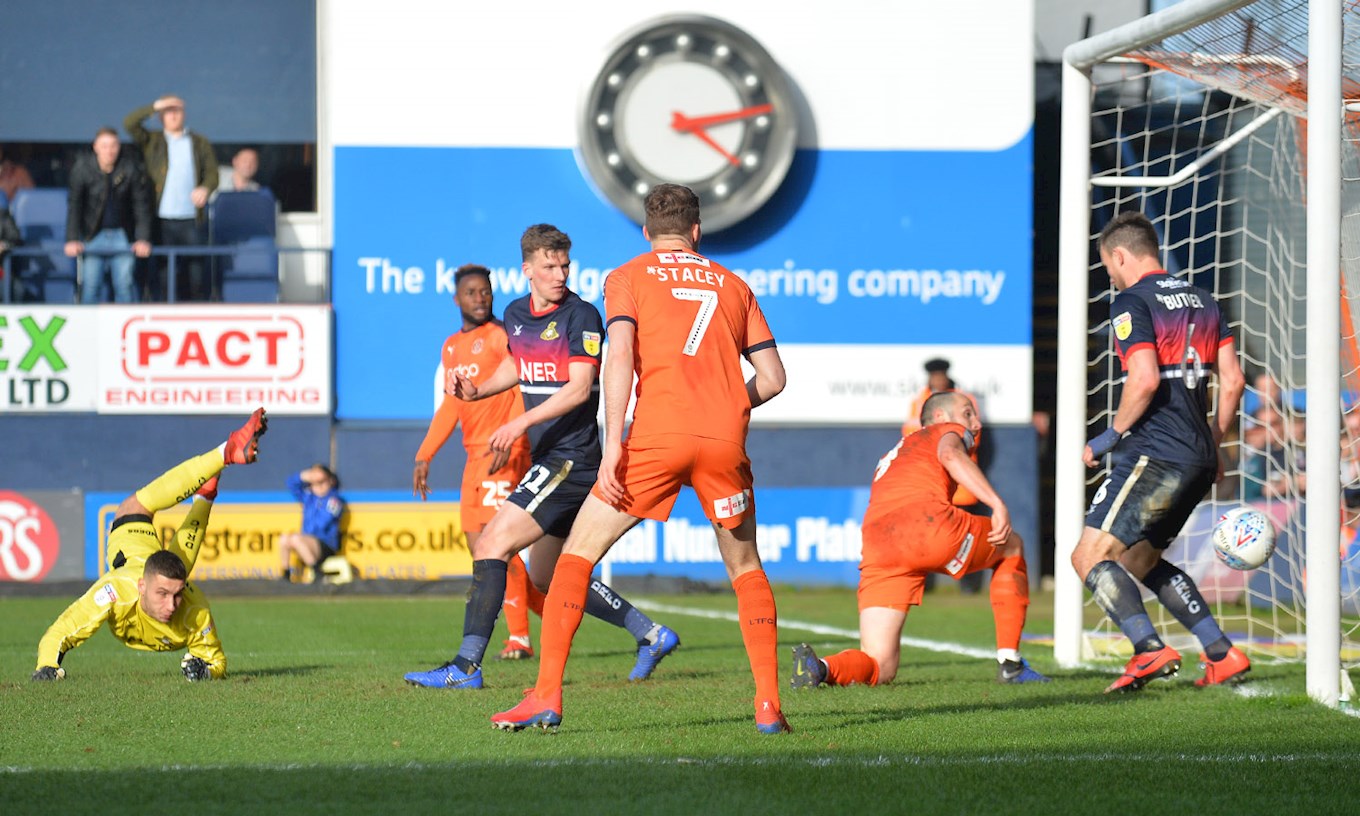 Cranie and Callum McManaman are both ruled out of the trip to the City Ground, and on squad fitness, Jones added: “We’ve got a nine-day period after Nottingham Forest and I just want to try and get everyone fit, that’s the priority.

“I think we’re a competitive team in this Championship, and we haven’t had everybody fit. We kept everybody fit until Brentford, so the work in terms of intensity in training, pitching that correctly, was excellent.

“Then at Brentford we lost Brendan Galloway permanently for this season, and we lost Izzy Brown. A week later we lost Dan Potts. We lost Martin Cranie at Millwall. Callum McManaman, we lost at Millwall.

“It’s been a period where at Luton Town, without bringing anybody in, we needed everybody fit. We’re getting close to it and I am not in the position now where I think we can afford to risk it for one game.

Looking ahead to Sunday’s trip to the Midlands, where the Town will be hoping to end a run of ten straight away defeats at the promotion-chasing Reds, Jones delivered the following message for the 1,500-plus travelling Hatters.

“Keep faith, football turns around overnight,” he said. “I can assure you that the staff and the players are giving everything they’ve got, and when you give everything you’ve got, you’ll get rewarded. Hopefully it will come on Sunday.”

iFollow Hatters subscribers can watch the full Press conference video by clicking the image at the top of the page.

Please remember that due to Sunday’s game being screened live on Sky Sports, there will be no live video stream on iFollow.

As usual, you can listen to live audio commentary from Simon Pitts via the Match Centre, where you can buy a Match Pass or take out a subscription by clicking here.