The experienced and highly distinguished panel has managed a combined total of over 6,500 competitive matches in professional football.

Town manager Graeme Jones received a celebratory bottle of champagne, courtesy of Tanners Wines, and an LG Performance of the Week trophy in a presentation to commemorate the result at The Brache this afternoon.

The Hatters boss gathered his staff - including the training ground catering team - to be pictured with the award, and then spoke to Sky Sports for an interview to be screened during tomorrow's Soccer Saturday show.

"It's great to receive this award and I'd like to thank both the LMA and LG, but it's a result of the players' efforts and ability to pull off a win against a wonderful side like Brentford," said Jones. "I also have to thank all of the staff who work tirelessly, especially Inigo Idiakez and Gary Brabin who have been fantastic for me from the day we came through the door." 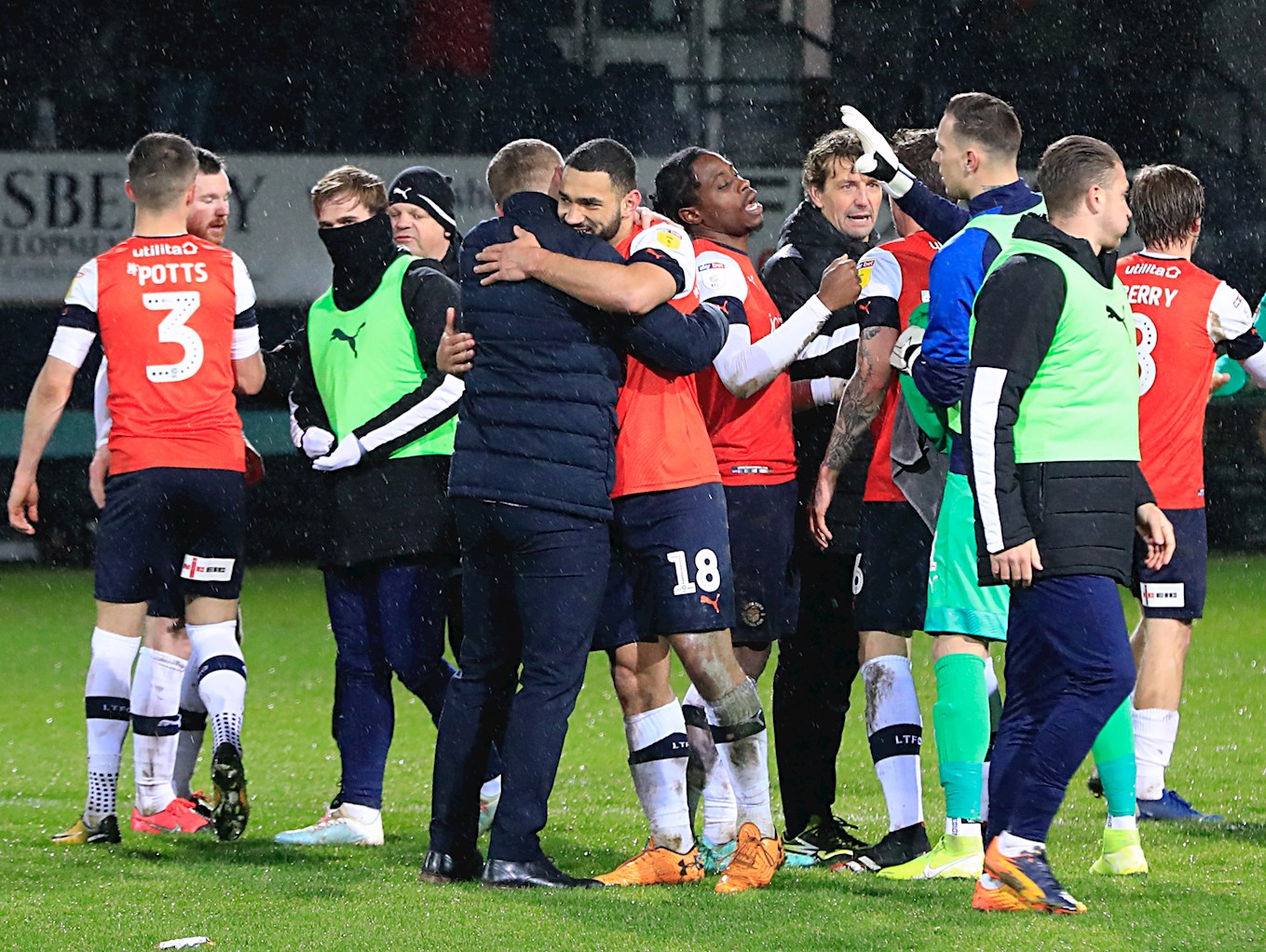