We are delighted to announce that Elliot Lee has today become the third of last season’s out-of-contract players to agree a new deal to remain at Kenilworth Road.

The 25-year-old forward came in from the cold following the Championship restart to play a key role in the Town maintaining second tier status following Nathan Jones’ return, making seven appearances and scoring the vital second goal in the win at Huddersfield.

Speaking to lutontown.co.uk on the phone after signing his new deal for a fourth season with the Hatters remotely, the ex-West Ham and Barnsley man said: “It's great and I’m happy to get it over the line. It’s always what I wanted.

“How last season ended was great for the club, staying up and the manager coming back, which was great for me and for the lads. It’s nice to get it all sorted and I’m looking forward to the next few years.” 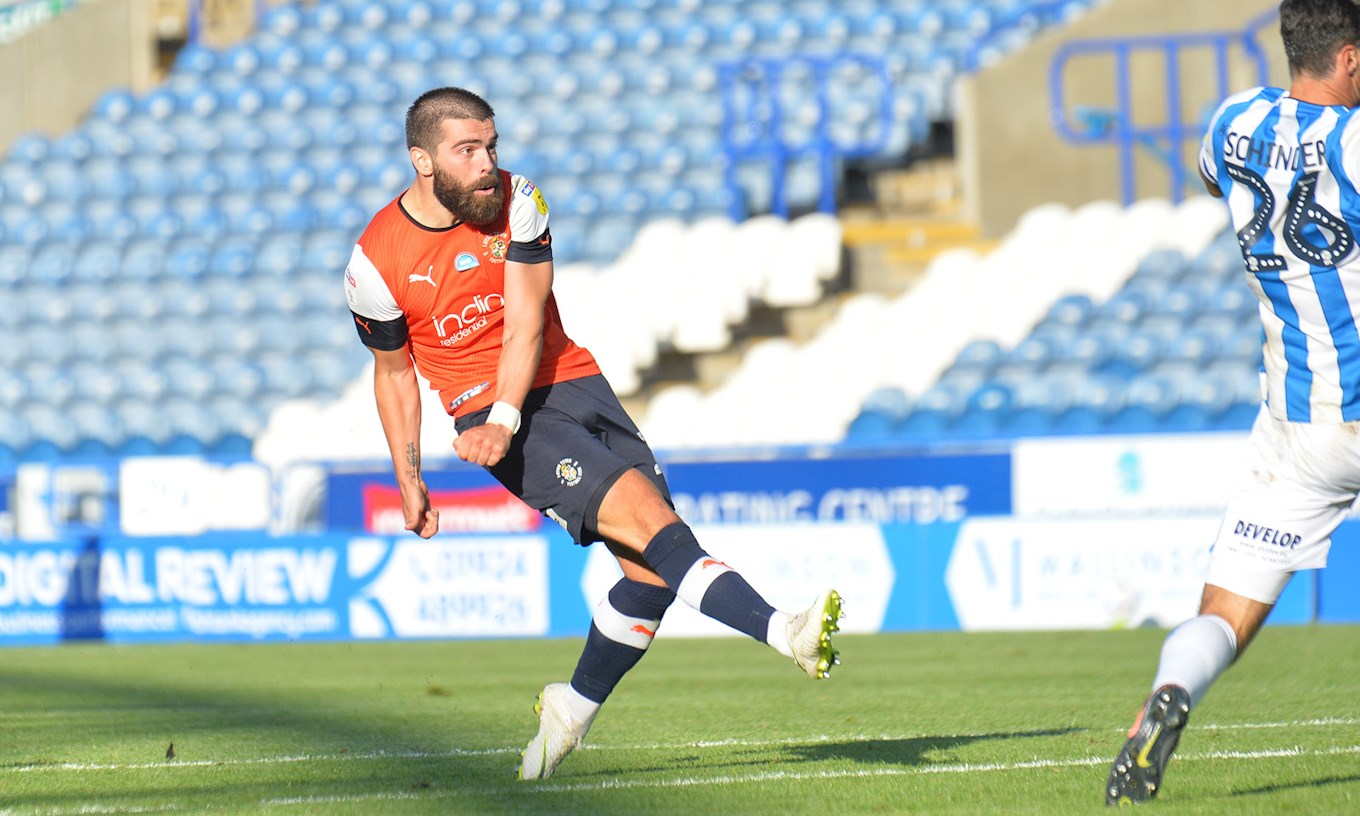 Having featured in the opening night’s 3-3 draw with Middlesbrough, Lee made just three further substitute appearances in the league before Jones started him in the second game after lockdown, the 1-0 win at Swansea.

“Being back at Swansea, I loved every minute of being back on the pitch with the boys and being a part of it,” he said. “As we got down to the crunch time, it was more ‘Come on then, it’s all about results now and we just need to stay in this league’. It would have been so much better having the fans at the Kenny, but we managed to do it.

“I just loved being back involved and back working under the gaffer again and with the boys. I’m looking forward to next season now when hopefully we can pick up where we left off and build on what we’ve done.” 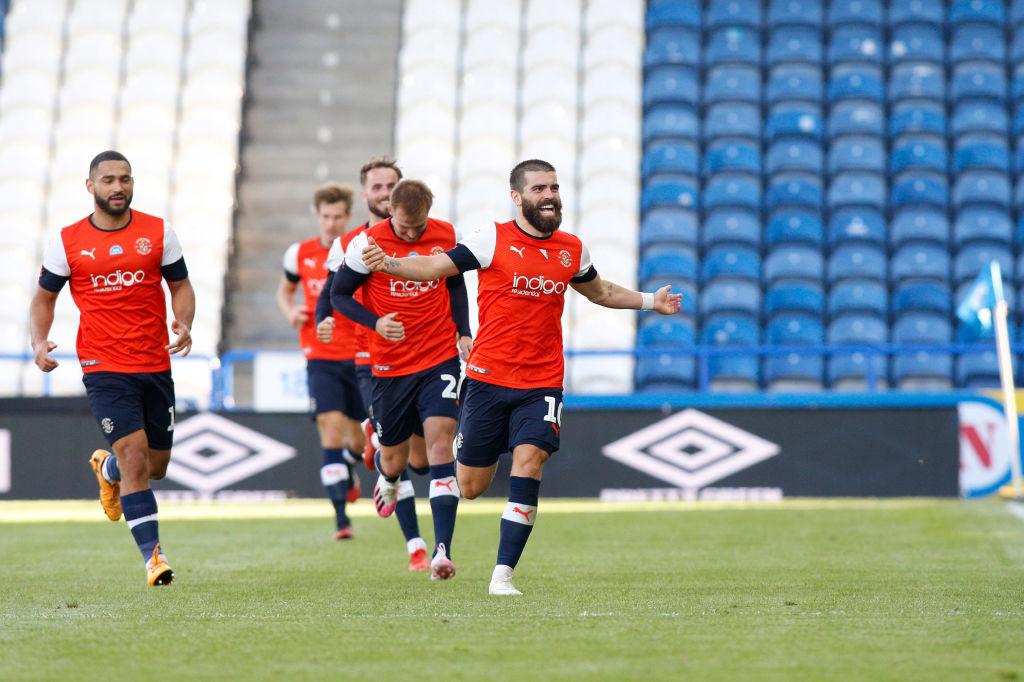 After firing in from the edge of the area in that crucial 2-0 victory at the John Smith’s Stadium in game six after the restart (pictured above), taking his tally to 29 in a Hatters shirt, Lee ran to the technical area to celebrate with Jones, his staff and the substitutes.

“A lot of frustration came out in that goal, and when the ball hit the back of the net, it was just all sorts of emotions,” said Lee. “I thought it was a nice time to go over to the bench, to the gaffer and to Mick, because Mick’s been a big part of it as well.

“I felt it was the right time for everyone to get together and show the world, ‘Come on, we’re going to do this, we’re all together and no-one’s going to stop us’. It proved to be that way and we did it in the end. We achieved the Great Escape and we’re all delighted because of it.” 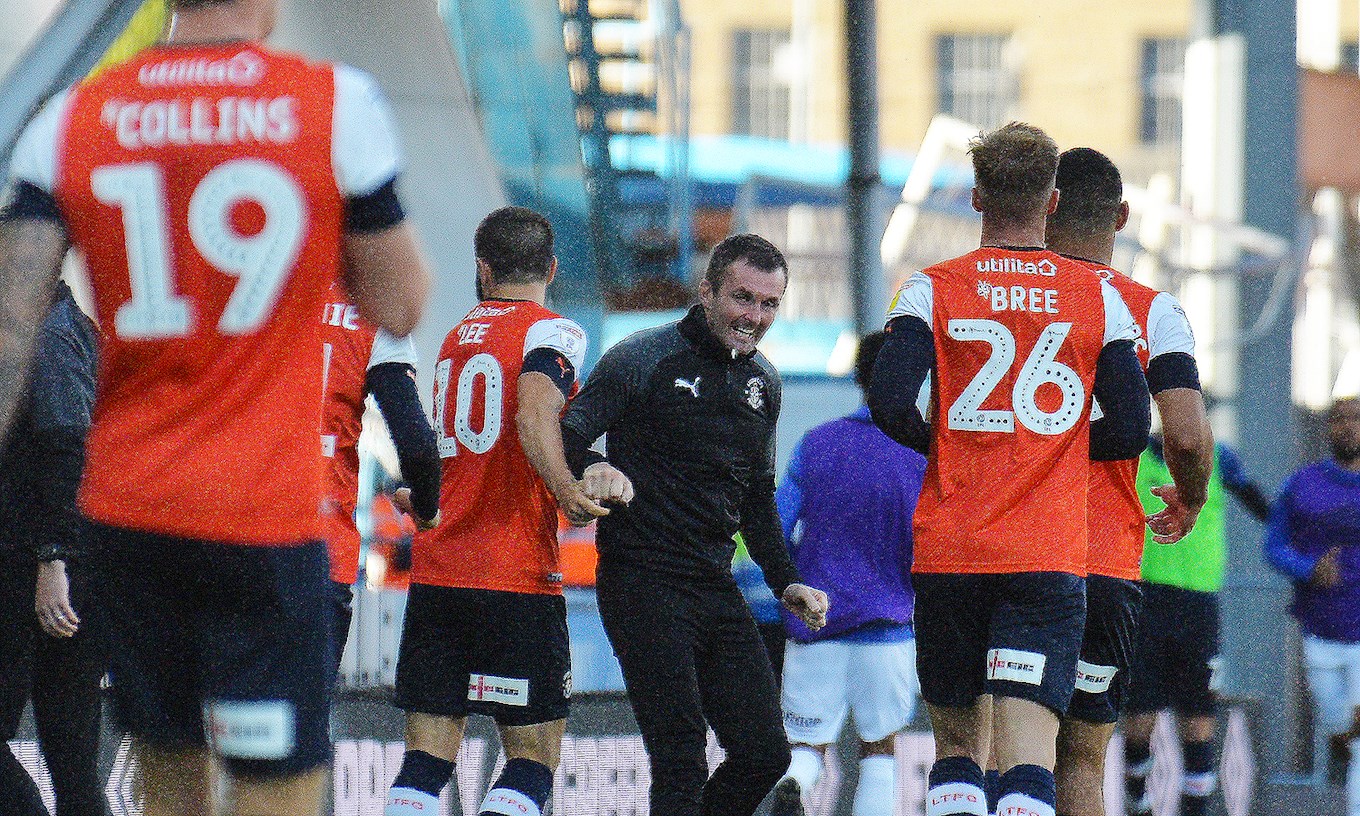 Having won promotion from League Two to the Championship, Lee’s 107-game Town career – including his initial loan spell under John Still – has been eventful to say the least.

He ranks survival right up there, adding: “The only thing we were missing was the fans. I stayed at Harry Cornick’s house after that game and we woke up the following morning and were talking about how we’ve both been here for three years and we’ve had a promotion, one championship winning year and a last day survival. We looked at each other and said ‘some players don’t go through that in their whole career, and we’ve had that every year at Luton’.

“We both thought it was a great decision to join this club considering we’ve had those three years, and hopefully there’s many more great memories to come.” 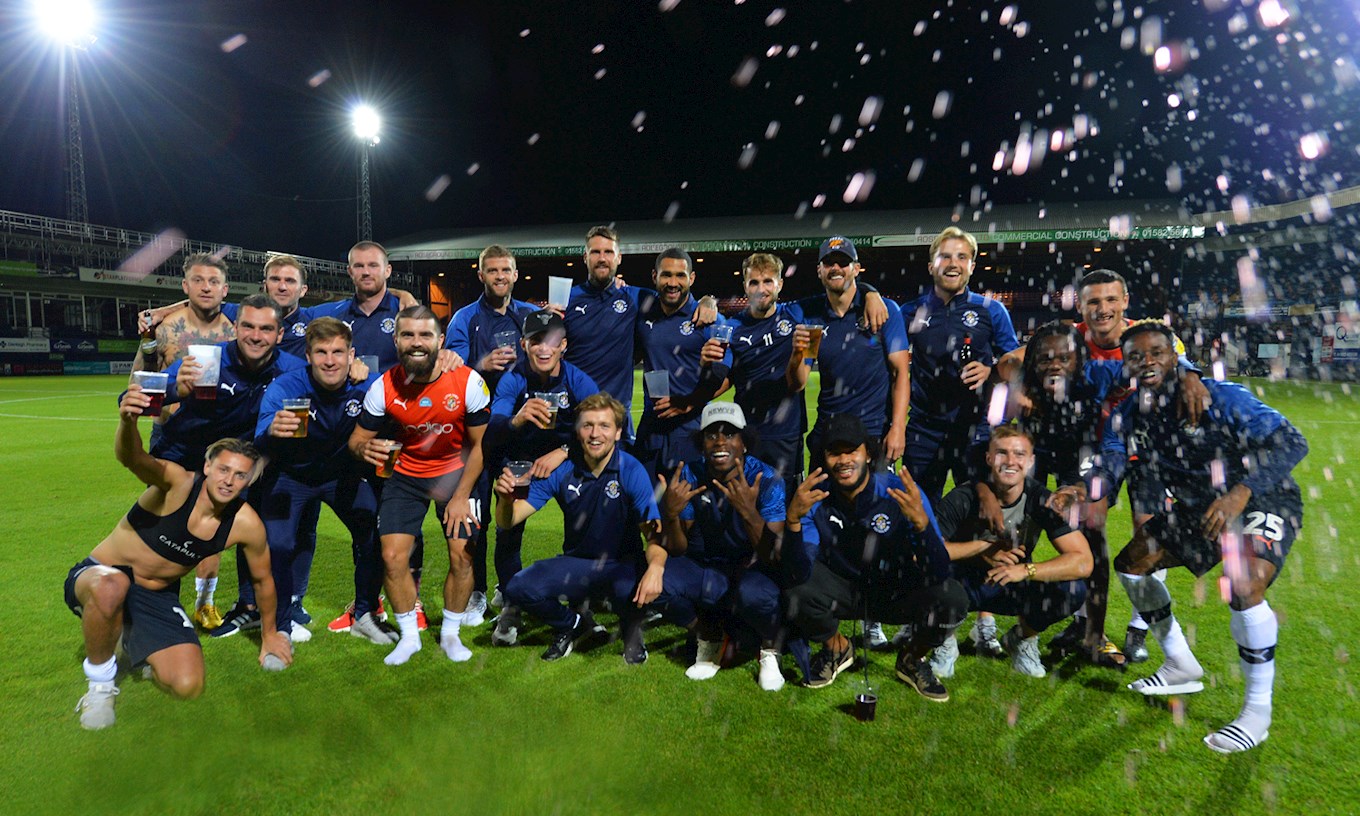