As we build-up to kick-off in this afternoon's iFollow Hatters Gold classic clash against Oxford United in the old First Division, flick through the 40-page programme from 6th February 1988.

You'll see that Ray Harford's side were eighth at kick-off, with Oxford third-from-bottom and on the verge of slipping into the relegation zone ahead of the sides' Littlewoods Cup semi-final first-leg four days later.

The Hatters were unbeaten in seven league and cup matches dating back to a 2-0 Boxing Day defeat at Everton, having won six of those games - the only draw being at West Ham on January 2nd, 24 hours after they had beaten Chelsea 3-0 at Kenilworth Road! 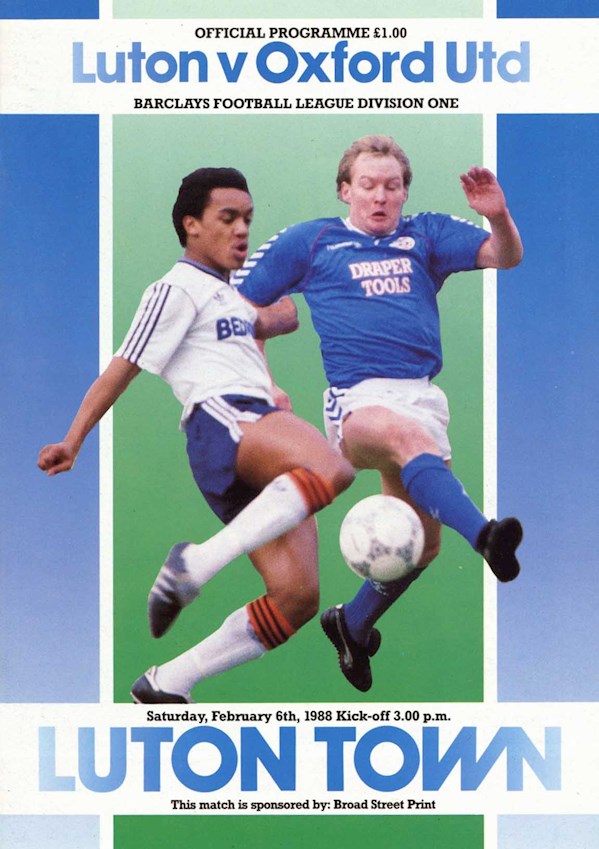