Today marks the one-year anniversary since the Hatters were promoted from League One without actually kicking a ball – Peterborough’s 3-2 midweek win at Portsmouth meaning that the Town and Barnsley would go into the final game of the season knowing they were in the automatic positions.

Earlier this afternoon we caught up with defender Matty Pearson to put supporters’ questions to him as he isolates with his girlfriend Lucy and baby daughter Evie back home in his native Yorkshire.

First though, we had to ask him if he’d seen the promotion video we’d shared again on social media first thing this morning?

“I saw it and it just gives you that nice feeling,” said the 26-year-old. “When I look back when I retire it’ll be one of those moments where, when you’re in it, you don’t realise how good it is, and then when it happens, it’s brilliant. Looking back it makes your hairs stand up again. It is brilliant. I get speechless about it, I just like watching it.”

🥂 It's a year ago today that Peterborough's win at Portsmouth meant that we could release this video celebrating promotion from League One! #COYH pic.twitter.com/ziUb61a37i

Recalling the Tuesday night that Peterborough led 2-0 in the first half, then were pegged back to 2-2 before Ivan Toney scored his second of the night with 15 minutes to go to spark mass celebrations in Bedfordshire, Pearson said: “I was watching Sky Sports News by myself, I think Lucy was in the bath or something.

“I just wasn’t expecting it that night. I fully expected Portsmouth to get something and it just all snowballed from there. It was 10 o’clock when the results came in, and we’d done it.

“In a way, I wish it hadn’t been like that. You want to win a game to win it, but we’d done it and we all got together. I went round to Sheez’s and we ended up going out, and it was top night.”

They lads all headed to Milton Keynes to celebrate, but now with a five-month-old, it might be a different story?

“Obviously I’ve got more responsibility, but these moments don’t come around too often so I think I’d get away with it!” Matty smiled, before explaining how the players in that squad and Town supporters will always have the bond that comes when great things are achieved together.

“Like anything in life, if you go through something with someone, you always have that memory together and I think quite a lot of us stay in touch,” he added. “It is good, no-one can take that away from us now. We’ve got that promotion and those memories.

“It’s the same for the fans, the memories of doing back-to-back promotions, it’s something you can say you’ve seen. No-one can take that away from us.” 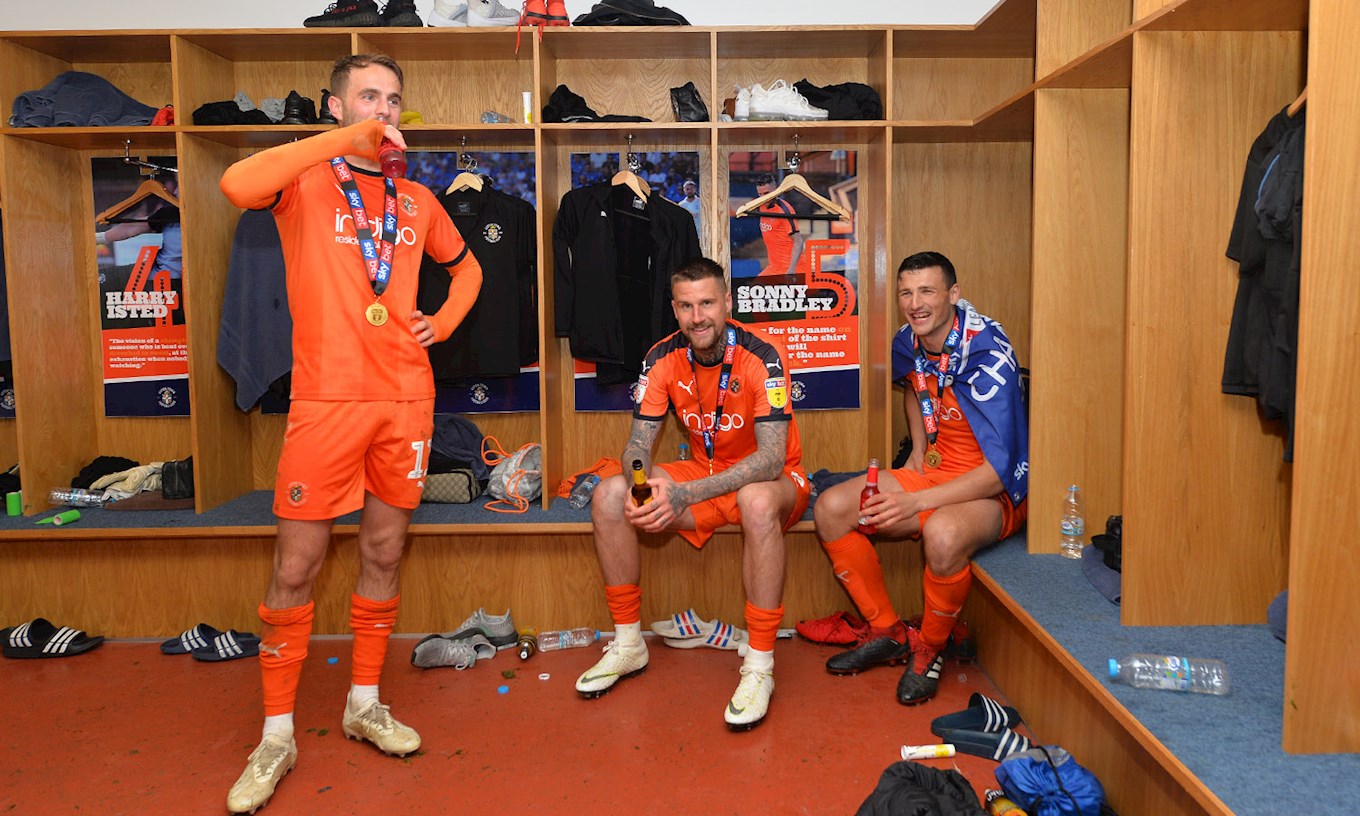 Matty also explained how chief recruitment officer Mick Harford, who presided over the second half of that promotion season as interim manager, informed the players on a Zoom call that manager Graeme Jones had left the club last Friday along with Gary Brabin, Inigo Idiakez and Imanol Etxeberria.

“I don’t think any of the lads were expecting it, but that’s football,” he said. “The situation we are in is a very strange one. The club have got to do what’s right by the club, so they’ve obviously taken their decision. We’ve all got to stand by that decision now. It’s happened.

“Mick got us on a call and said what everyone knows now, that the manager and a few of the staff had left, and we’ll stick together exactly the same as when Nathan Jones left, with Mick in charge. We’ve been through it before, we know what we are doing, so we fully back Mick to take the reins and put us all into place.

“He has set up a couple of Zoom calls to keep us all in touch with what’s going on. We’ve all had a bit of a chat on there and the last one we had the full squad on, so you can imagine doing these Zoom calls with 35 players on, it does get noisy and the banter’s flying around.

“We’ve had that, we all know where we stand now and in regards to what’s happening now – I think we are in the same boat as the fans.

“It’s out of our control, it’s out of the club’s control, so we are waiting on the Government and the league to make a decision on what’s going forward. We are all on standby for whatever they want and on call to go back in and train.”