Hatters midfielder Andrew Shinnie was disappointed with Town’s 2-0 loss to Derby as he insisted the team were well in the game throughout the afternoon.

Goals in each half gave the hosts all three points and extended their unbeaten run to five games, but it could have been very different on another day.

Shinnie said: “It’s a strange feeling really. Obviously it’s a bad feeling losing the game, but we were always in the game, second half we were dominating I felt, controlling it and probing to try and get that equaliser. Then we’ve been sucker-punched with a second goal and it’s difficult to get back in the game from there.

“I think we acquitted ourselves well because we always think we can come to places like this and win.”

Despite going a goal behind early into the contest, Shinnie was pleased with the fight the Hatters showed during the rest of the game.

Reflecting, the 30-year-old said: “Obviously there was a mistake and then you can crumble from there under pressure, but we stuck together and worked our way into the game again.

“It’s just a strange feeling because all the boys were annoyed at half-time, but I just said 'Look, I don’t think they’ve created any real chances, maybe a couple of half chances that they could have done better with, but they had possession and they weren’t really hurting us.”

The second half Town dominated, and Shinnie explained why that was the case: “We just said to be a bit braver on the ball and not give it away cheaply sometimes. Second half we came out and performed really well and we were desperate to go and get back into the game, get an equaliser and go on and win the game.

“Once we went a bit more aggressive and pressed them higher, their fans were getting a bit edgy as well. We were right in the game to try and get an equaliser and then win the game." 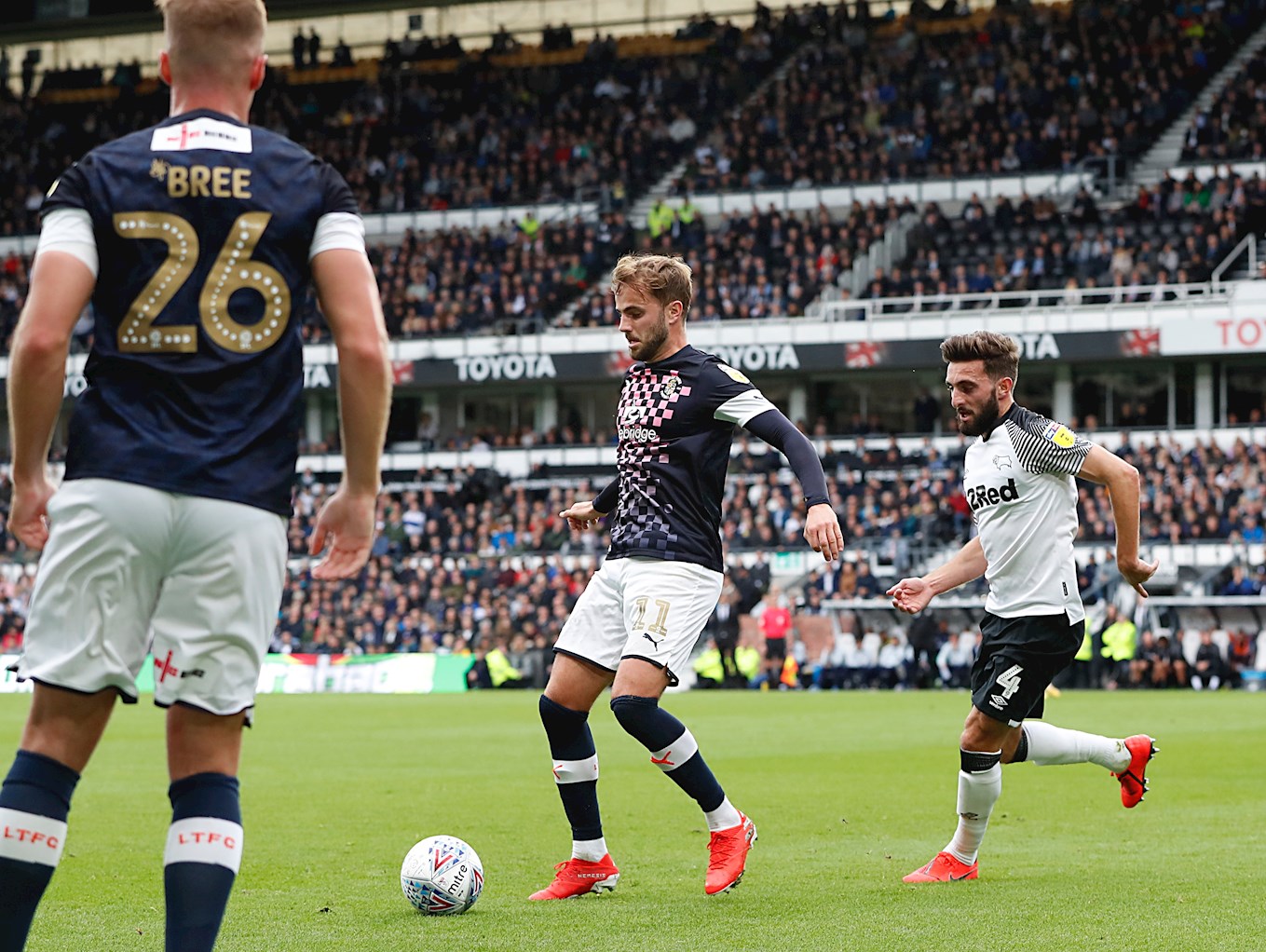 To be disappointed with a loss against a side who reached the play-offs for a return to the Premier League last season is a testament to the belief installed at the club and indeed, shows how far the Hatters have come in such a short space of time

Shinnie certainly feels that way too, insisting: “We don’t want to just make up numbers in this league, we feel like we can come to places like Derby and win.

"Maybe not enough to win it but we played well and obviously we’ve played three games this week, we can compete at this level and we’re a good team.”

On a personal note, Shinnie returned to the starting line-up for the first time since the game against Hull and managed 81 minutes on the pitch.

He relished going up against his brother Graeme, who was Derby's man of the match, but ultimately his overriding emotion was more disappointment. 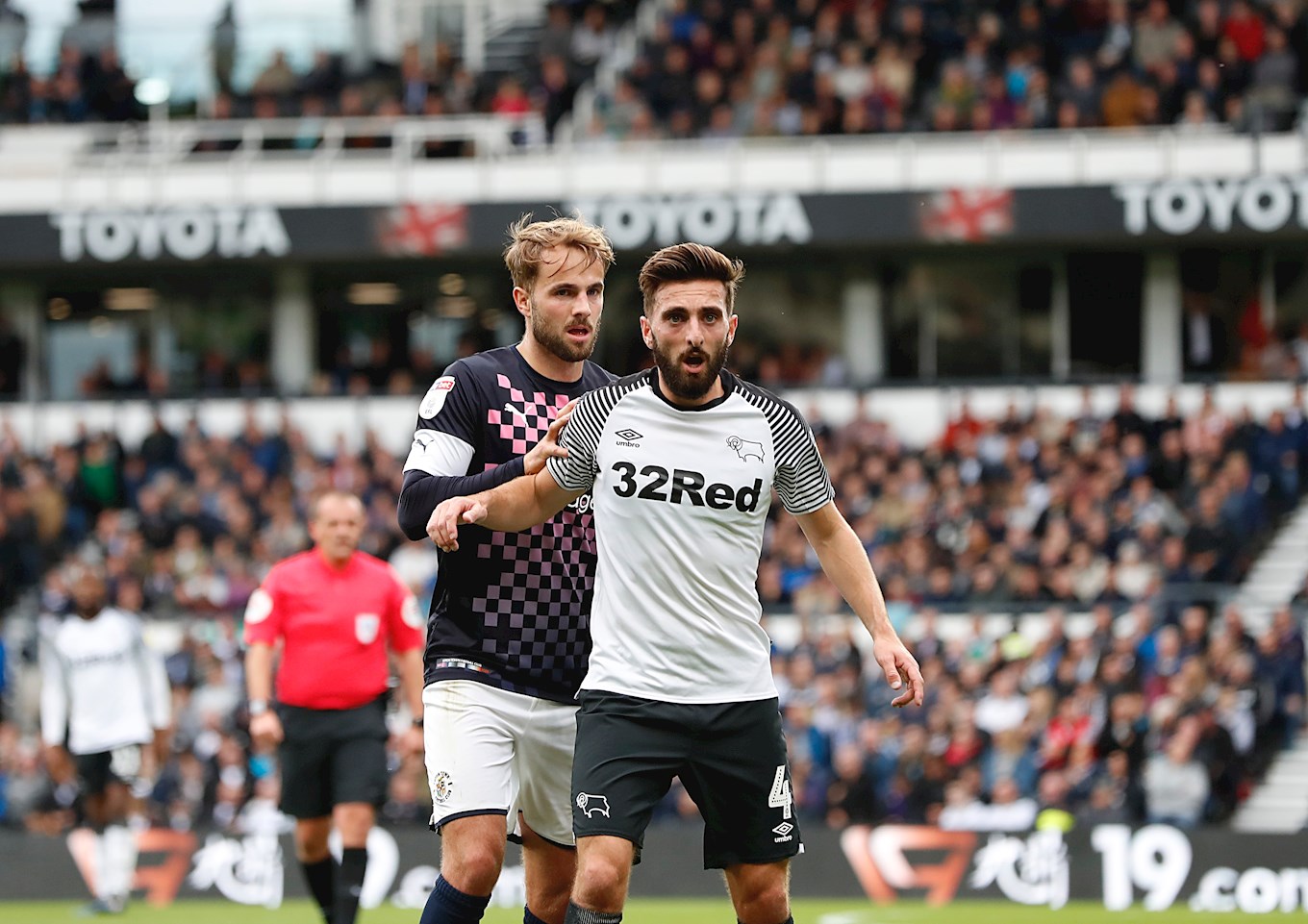 “He’s (Graeme Shinnie) been a bit disappointed how it’s gone for him so far, not getting game-time or not being in the 18 sometimes, but he got his chance, and he showed he’s a good player and he will do well at this level.

“He's done well for them today and he got man of the match for his performance, so it just shows it will be good for him now kicking on here.

“I’m disappointed, obviously I wanted to come here and win and get three points for Luton, I felt we were good enough to do that but now we will get a bit of rest over the international break and then come back.” 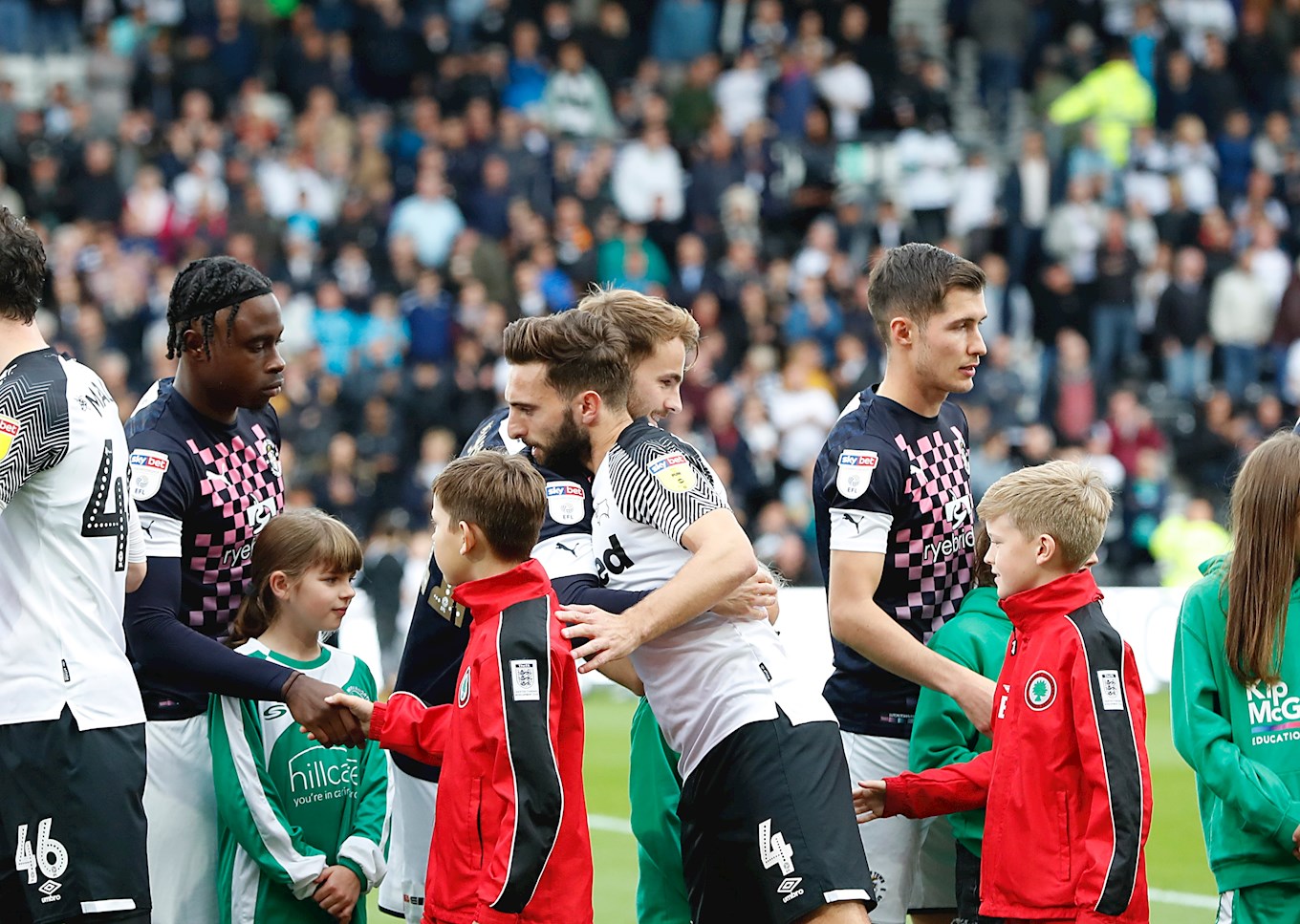