As today’s game is our home fixture closest to Armistice Day, it is Luton Town’s chance to honour those servicemen and women who lost their lives in conflict as the Premier League, the FA, EFL and PFA join forces to mark Remembrance weekend.

The players will be wearing commemorative shirts with a poppy on the chest, and these will be auctioned in the days after tomorrow’s match to raise funds for the Royal British Legion, who will also be collecting around the ground, so please give generously if you are able.

Prior to the match, ex-servicemen and women will act as standard bearers to welcome the players onto the pitch just before kick-off, and following the coin toss, the players will gather around the centre circle.

As part of the build-up towards Remembrance Day, the club last week hosted a lunch for ex-service veterans of the Bedfordshire and Hertfordshire, and Royal Anglian Regiments who had earlier been welcomed to the Regimental Museum in Wardown House.

After lunch in the Eric Morecambe Lounge, the visitors were shown around the stadium facilities and Kenilworth Road’s Trophy Room.

Last year the standards of both Regimental Associations were on parade at the planting of the commemorative tree outside of main reception as legacy to the three Luton players who died during the First World War.

Today, like they were last year, they will be back at Kenilworth Road and on the pitch for the minute’s silence to salute the fallen of both counties. 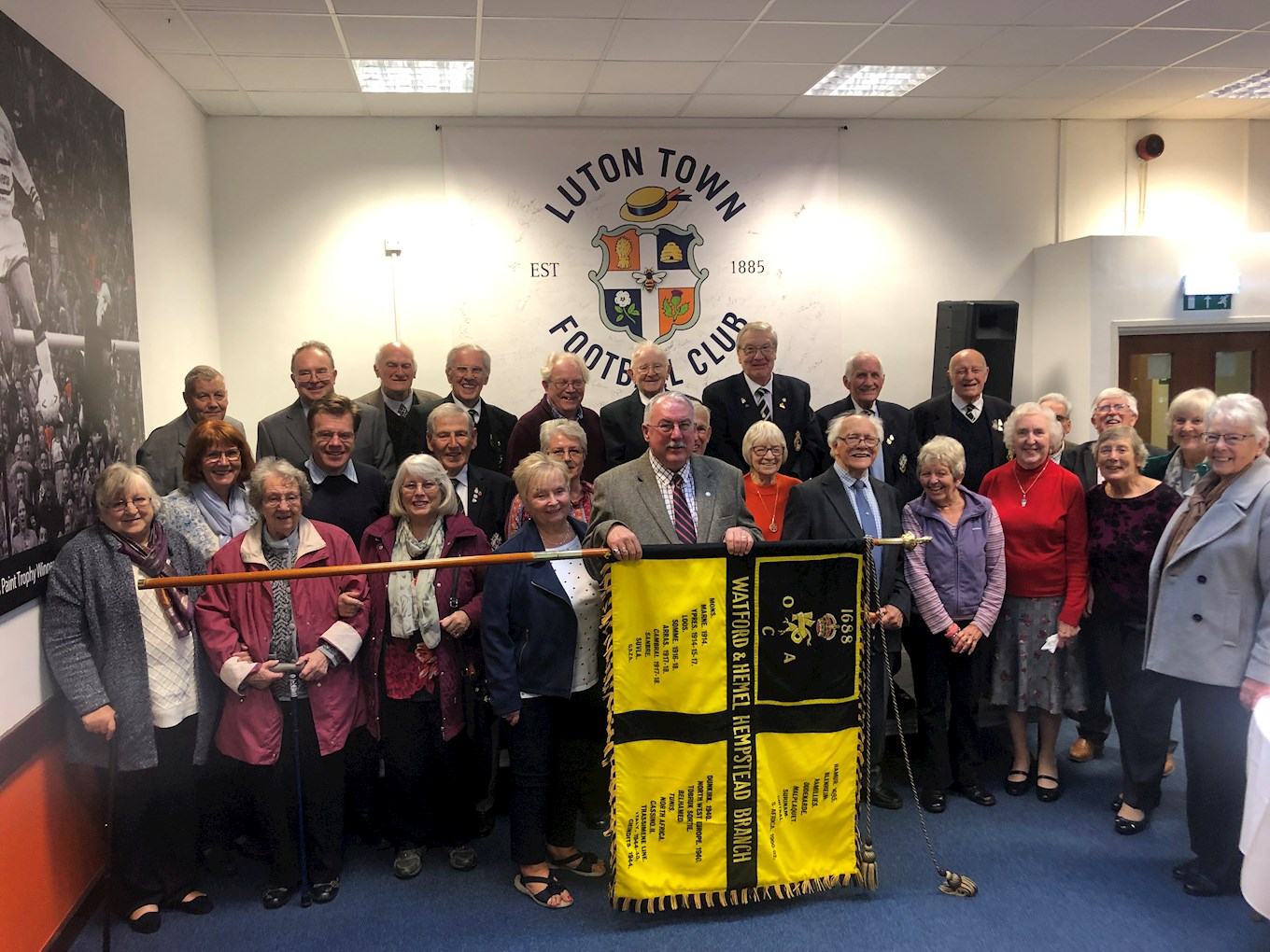