Welcome to Kenilworth Road and I hope you are wrapped up against the elements!

Tonight we extend a warm welcome Charlton Athletic, Lee Bowyer, his staff and his team. Like us, they were promoted last season and so this is a big step up, but they’ve got off to a solid start so far. Hopefully we can put a dent in that start and I’m sure it will be a cracking game under floodlights.

Hopefully we will have better officials than at the weekend and, indeed recently, that can ensure the result is determined by the players rather than unbelievable decisions.

If anyone can explain to me why the foul in the box on Collo in the 22nd minute wasn’t given; or the foul on Izzy leading to their goal in the 50th; or the freezeframe picture of the lino giving Matty offside for the goal that would have given us the lead, then please feel free to write in. Small differences cost results, and that offside flag was ludicrous.

Anyway, we cannot do anything about Saturday and we just look forward. In the last few days the Council and ourselves have issued our respective rebuttals to the application for a Judicial Review regarding Newlands Park – a shell nominee company of Capital & Regional being the sole instigator.

C&R have always only very thinly veiled their reasoning for their continued opposition – once saying their objective was ‘To kick it into the long grass’ – and that reason is their fear of monetary loss exposed by their huge lack of investment in the town of Luton. C&R and its board of directors are completely out of touch with Lutonians and they have never spent time in the community to understand what the town needs.

The Council and ourselves have been vigorous in our defence of our respective positions, and we all remain resolute that the three claims made by C&R in seeking a Judicial Review are wrong, ill-advised, factually incorrect, and a complete waste of taxpayers money for both Court time and for the Council in providing its defence.

Of course, this also costs the Club. Let alone the legal fees that are involved, there is the longer wait until we can complete both development projects and the people of Luton reap the benefits of increased income from a new stadium. Instead we have to fund staying in a loss-making stadium that’s not fit for purpose trying to compete financially with equivalent clubs with bigger stadia.

It will also be longer before the infrastructure can be used by the community, the jobs can be taken and the accommodation will be occupied. It will be longer before we all have a redeveloped town with which we can be proud.

All of this adds up to a huge bill, caused by an out-of-touch Plc with a board that doesn’t care.

We are so used to the tactics employed by this one company that the process has become part of the obstacle course we have to overcome. Meanwhile, great unity has been achieved across the town, which is inspiring.

We will prevail. We are not going anywhere. We will see this through. In it together.

For us at the Club, that unity is paramount too. The Club is a big organisation now and the amazing staff run a huge community programme, a wonderful academy, all the catering, multiple retail outlets, ticketing for a sold-out stadium, media and communication, commercial aspects, multi-site facilities, let alone the development projects and, of course, the first team. For 18 hours a day, every day, someone somewhere is pulling on the LTFC badge and is doing something good in the name of the Club.

I am very proud of everyone because they give their all and they completely ‘get’ what we are trying to do. This culture is deep, and whether you see someone wearing a Luton badge on a Sunday morning football pitch, in the ticket office, at the academy, or in your school, you will see the culture shine.

So when one area is experiencing a tough time, everyone rallies round and does their very best to support each other. We knew, and made no secret of the fact, that getting promoted last season was a fantastic achievement of which every single player, fan, helper should be proud. We had tried to build a team to compete in League One and yet the season saw us at the very top of the tree.

In the same way that there is a big step up to Premier League football, the same is true in the Championship. Other Championship clubs are not under the restraints of needing to break-even to survive. We have to be.

I read an interesting article a couple of weeks ago that talked about the fact that the financial profile of the Championship is very similar to the way the Premiership was circa 15 years ago – the ‘haves’ and the ‘have nots’. No wonder many are now calling the Championship the world’s toughest league.

So, how do we compete under these circumstances? Well, firstly we have to recognise what is important for our Club and what that means.

I have already indicated that the only thing that guarantees our Club’s long-term future is Power Court, and I outlined the depth of costs associated with the legal process defending the JR, notwithstanding its continued development. We have also decided to raise our academy facilities to one of England’s highest levels, which will also help secure the Club’s long-term ability to compete at the highest levels.

Add to that the effective loss we incur by preferring not to take any funds from the betting industry – by far the football’s biggest source of commercial income.

Finally, and as all readers will know, we will not play with the financial stability of the Club for any reason whatsoever.

We will not risk our stability by gambling on one season. Most supporters should remember where this led us last time (and many other clubs since) and the hurt, the pain, and the years it took us to recover.

Everyone at the Club has to work under these restrictions, but they all do so tirelessly as one team.

It’s an easy option to say ‘woe is me’, giving off negative vibes, point fingers apportioning blame at every decision, or we could chop and change overreacting on our emotions – but none of that would achieve a thing and it would divide us.

Let’s all take our results on the pitch maturely, like we have in the past, together.

I am sure that the squad would like more money, the manager would like more transfer funds with the hope that it will result in more points on the board. But to achieve that we would need to compromise our legal defence, or cull our stadium and development ambitions, or plaster Bet365 all over our shirts and stadium.

After three promotions in five years we all knew we had all been privileged to have been enjoying winning football for a decade. We knew that this season was going to be a mountainous challenge. On top of that, we all knew we had a couple of young players that deserved the opportunity of playing at a higher level, and that would make that challenge steeper.

We knew – and explained to everyone – that just to stay up come May 2020 would require an extraordinary effort. There is no cash to splash, no future to risk, no desire for constant change, no magic bullet. The harsh fact of football is that footballing budget correlates very closely to finishing position.

This is exactly why we want our new stadium and developments – the increased capacity and the variety of income streams means that we would indeed have the ability to provide a truly competitive footballing budget for Gary Sweet and Graeme Jones, and we would be in a position to attract talent of all ages. We need to secure the real prize of financial security and ability to compete, long-term.

Until then, we are where we are so we have to punch above our weight. Every game is like a cup final. When we get behind the team the atmosphere is electric and we need the 12th man come rain or shine, good times or bad through this long season that will go to the wire testing our emotions.

What’s not to love?

We know we’re amidst a tough ride but there’s absolutely no reason to be worried. There is no need for us to make any rash decisions, risk any futures or make ill-judged U-turns.

If everyone, on and off the pitch, near and far, all stay united will we have the chance to achieve our ultimate ambitions. Let’s stay positive, enjoy the ride and let’s not forget who the real enemy is.

Sing up for the lads! 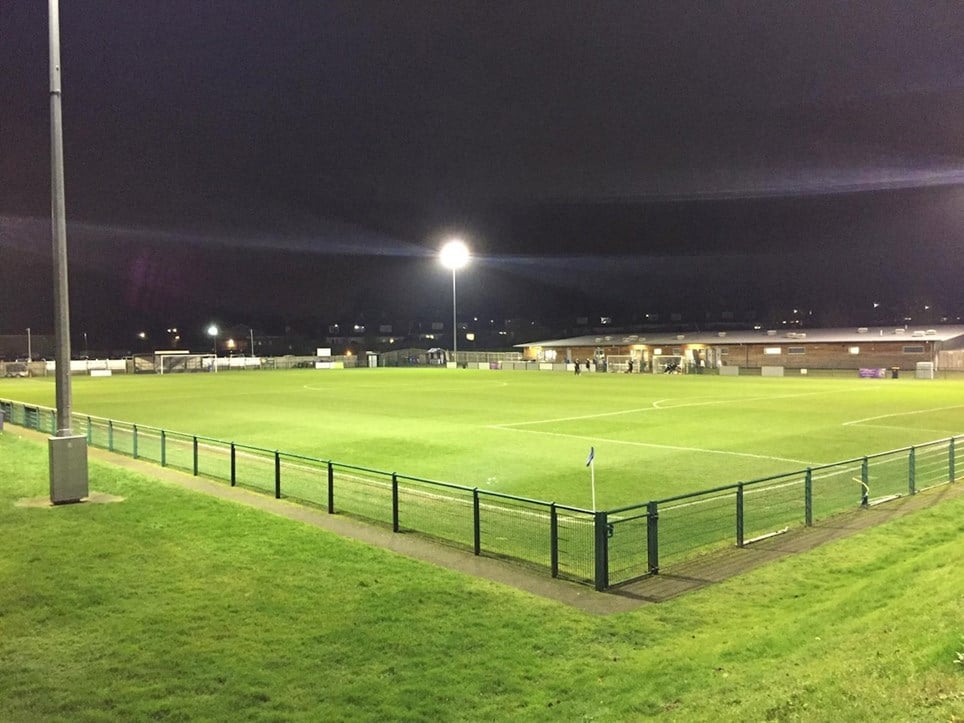 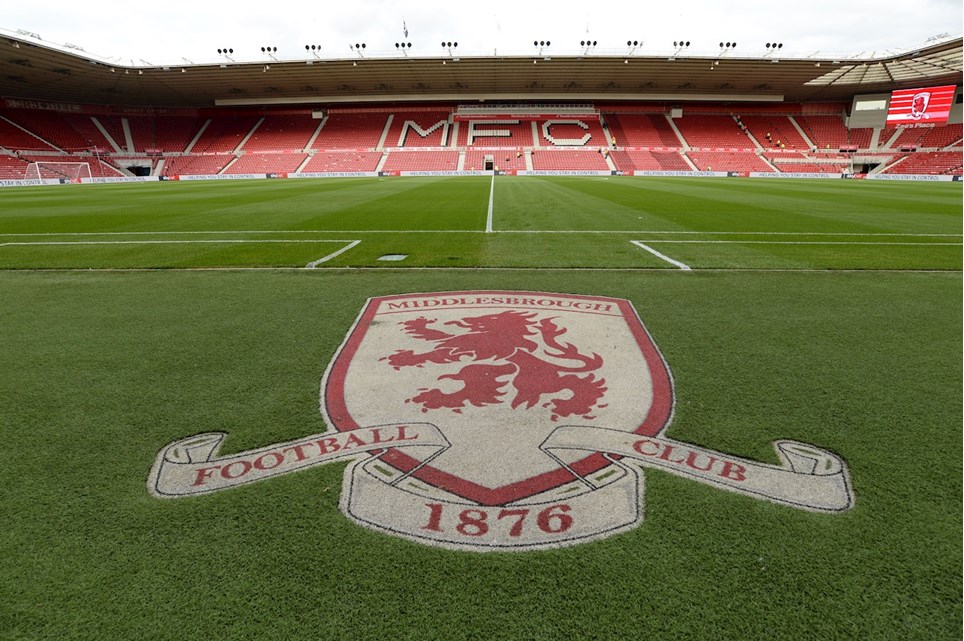 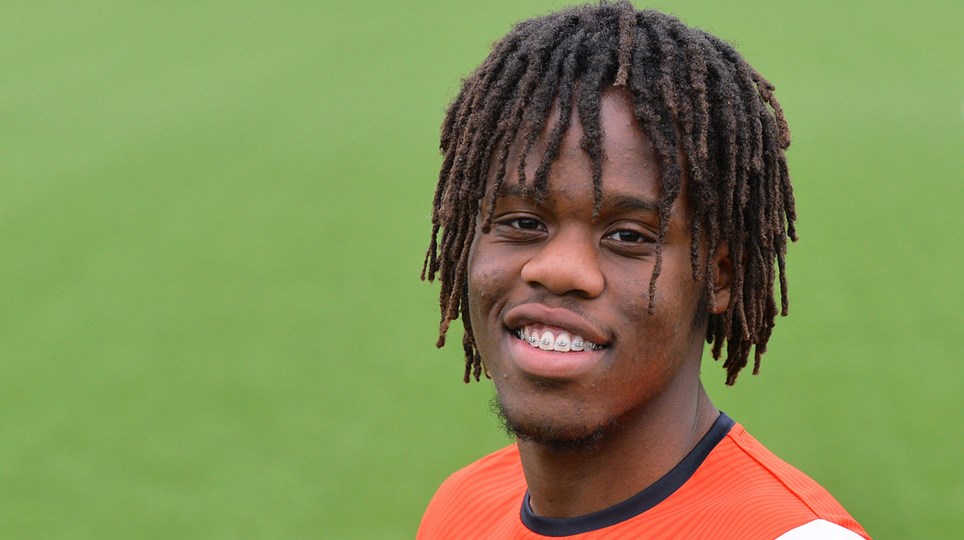