Mick Harford’s dream second spell as Hatters manager was crowned further last night when the Luton legend was named League One Manager of the Year by his peers in the League Managers’ Association.

It meant a return to the Championship after 12 years’ absence, and marked a remarkable turnaround from the point ten years ago when our former striker had been the unfortunate man in charge as the unprecedented 30-point deduction resulted in relegation from the Football League. 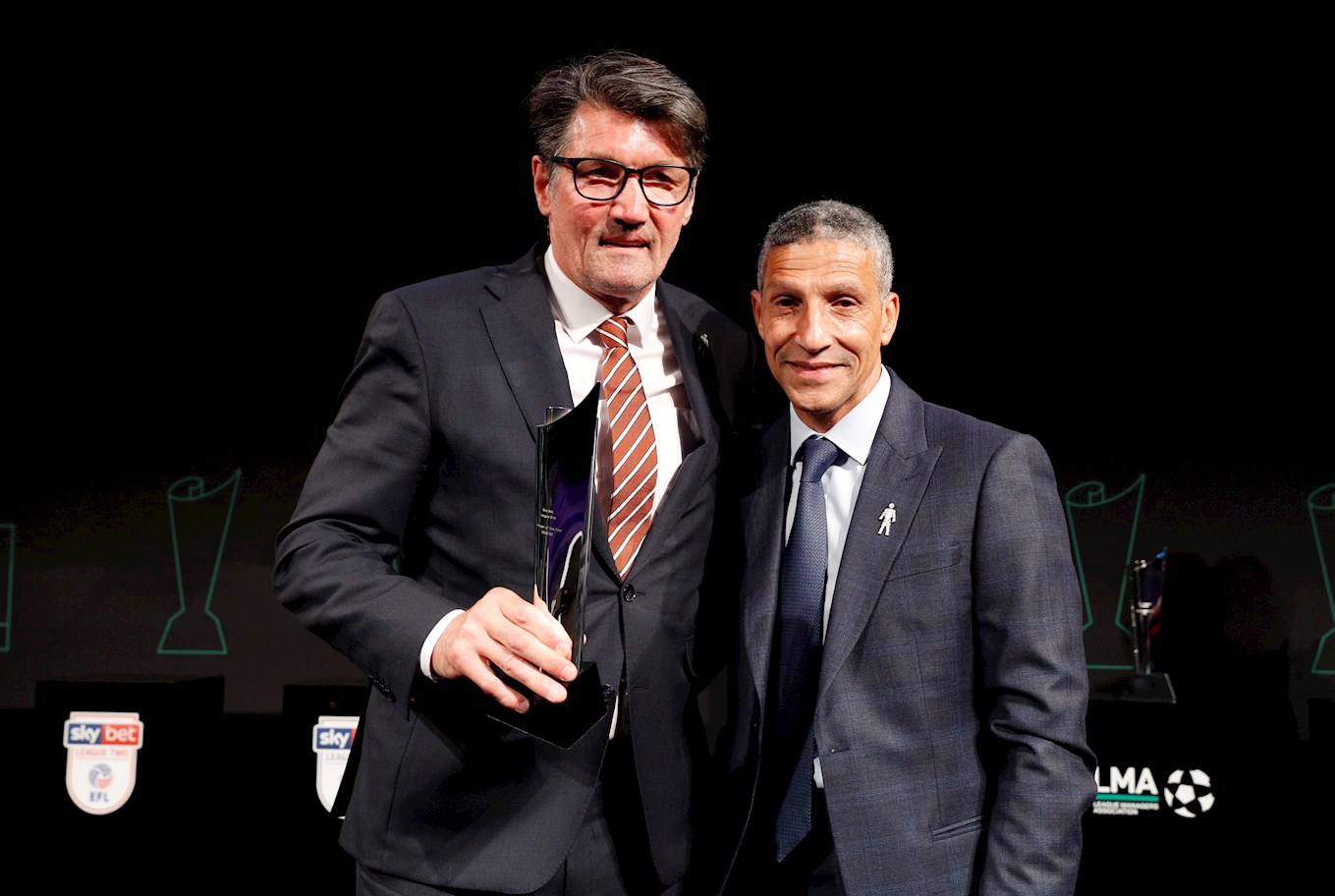 “I’m absolutely thrilled and delighted to win the award,” said Mick, who was presented with the award by former Brighton manager Chris Hughton (pictured above). “For me, the way the season went was absolutely incredible and I’m excited by what’s happened.

“To finish as champions is massive for the football club, and the award is on behalf of everybody at the club – Gary Sweet, the board, 2020, the staff who I worked with throughout the season, obviously the players who put in massive efforts, and finally the fans, who enabled us to get promotion, to be champions and for me to win this award.

“All in all, I put it down to a big team effort, and everyone involved should have their names on that trophy.”

On a night of great interest for anyone of LTFC persuasion at London’s Grosvenor House Hotel, the LMA also honoured the man who oversaw that return from Non-League football just five years ago, with another Town legend, John Still, presented with a Special Achievement Award for his career as a manager (pictured below).

A third ex-Hatters boss, David Pleat, proudly looked on as his former striker collected an accolade few – including Mick himself – would not have dreamed would be possible when the 2018-19 campaign kicked off with the 60-year-old as our chief recruitment officer. 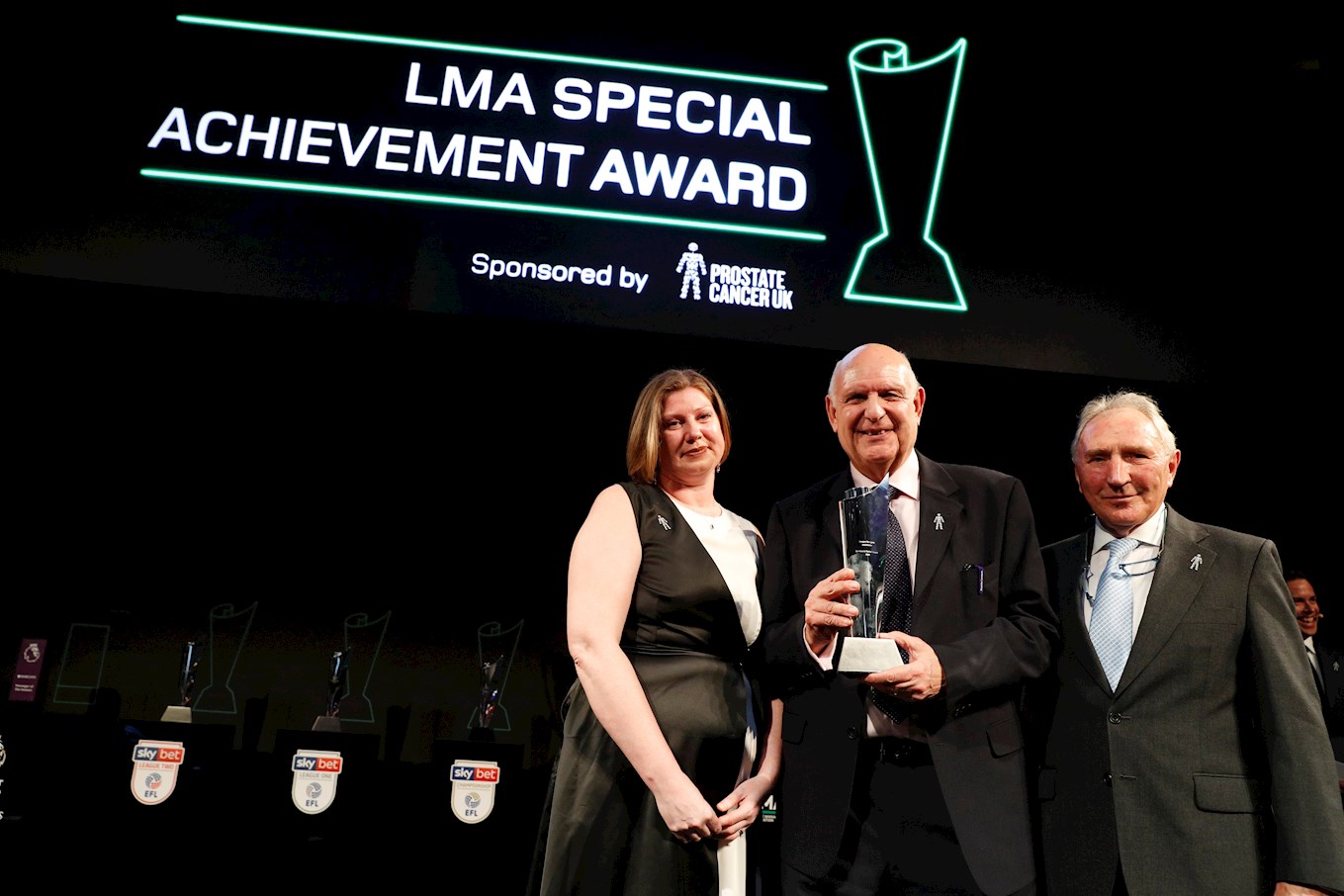 “In my eyes, John’s a legend here at Luton Town Football Club,” added Mick. “We know I feel that some redemption has been paid, and we know that John Still was absolutely massive in getting Luton Town back into the Football League, and rightly so he’ll have that status.

“Rightly so he was given a big honorary award last night for his services to football. John is an amazing man, a great guy and I was really pleased to congratulate him on his award.

“My old boss Pleaty was there and was delighted for myself, obviously, and more so for the football club and that we’ve gained some recognition for what we’ve done this season.”