The Hatters will look to go half a league season unbeaten on Saturday when they attempt to pick up points for the 23rd consecutive Sky Bet League One game when they face Plymouth Argyle.

Undefeated for nearly five months in the third tier, Mick Harford's side will look to extend what is currently the longest run without being beaten in professional football in England this campaign.

Sonny Bradley returns to the ground where he spent two seasons prior to joining the Hatters, winning a number of awards in his first campaign there as they won promotion from League Two in 2017.

Since the turn of the year the Pilgrims have been on a decent run of their own, only suffering two defeats. This vein of form needed to happen though, as Derek Adams' team could have been staring relegation in the face, having only picked up their first league win of the season in October, as they accumulated just four points from their previous 11 games.

Tickets for this game have sold out for away supporters, so please do not make the journey down to Home Park unless you have purchased a ticket. For those who are heading down, have a safe journey and we look forward to hearing you in full voice!

The Hatters are currently auctioning off signed boots for the players' Charity of the Year, Kids In Action. Make sure you check out our Ebay page and bid on some boots!

In addition to this, a 'Matty Pearson Magic Hat' is also now available to bid on.

On Plymouth wanting revenge from their defeat at Kenilworth Road: "They'll be looking to get one over us on Saturday. Obviously we played well against them and scored five goals, James got a hat-trick, hopefully he will do it again.

"They'll be looking to right their wrongs from their visit to Kenilworth Road. They're on a bit of a run of form, Plymouth. I think they have lost two in their last ten games, they have got good home form so we know it's going to be a big test.

"The team that are coming to play them are top of the league and people like to shoot at and beat the top of the table team, so it's going to be a massive test for us, we know that. They've got good players, some very good individual players, the likes of Carey, Lameiras, they've got a good set-up in their team. It's been proven again by the manager that they seem to start their season slowly, but tend to finish very, very well."

On teams wanting to beat the side that are top of the league: "It's something that we are aware of. It's something that when you're top of the table, people do want to beat you. But people want to win every game, not just because you're top of the table, but it's a good scalp for someone who beats the team at the top, so we will make our players aware of what they're about. What their strengths are, what their weaknesses are and hopefully we can counteract everything they throw at us.

"I think you've seen over the last few home games that it has been a bit of a struggle, a tussle. Teams have come and made it very, very hard for us. They get bodies behind the ball, they make it very difficult for us.

"We're not as fluent as we have been in certain games, but you see a different side to the players, the way they grind things out, the way they work things out and just keeping going. They were so patient the other day in terms of keeping it the way they wanted to play and basically ground them down and got the first goal and if we'd taken our chances it would have been a hell of a lot more comfortable."

Promoted from Sky Bet League Two in 2017, the Pilgrims had a sluggish start in League One last season, but shot up the table and were unfortunate to miss out on the play-offs. They started at a similarly slow pace, but have climbed off the foot of the table, although it currently looks unlikely that they'll be able to match last season's finish. You never know though. A Championship side at the turn of the decade, Argyle suffered double relegation, spending six seasons in the fourth tier before their promotion.

Kick-off is at 3pm at Home Park on Saturday 9th March.

Saturday's game will be refereed by Darren Drysdale, who has overseen 30 games so far this season, dishing out 103 yellow cards and three red cards.

The ticket allocation for this game has sold out. Please do not travel unless you have purchased a ticket in advance.

Our last meeting was here at Kenilworth Road in November, with the Hatters cruising to a 5-1 win as James Collins banged in a hat-trick. The goal of the game though was netted late on by Joel Grant, who unleashed a stunning strike from the edge of the box that found the top left corner. Of our 99 meetings, Town have been victorious in 28, drawn 30 and lost 41.

The main blow-by-blow account of the action from Home Park will be provided via the Match Centre on the club website, which you can access by clicking here. (*Please note that the club's Live Text will appear only by accessing through an internet browser, users of the Luton Town FC app will receive updates from Opta) 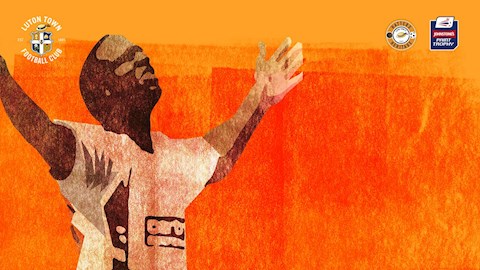