The Hatters Community Trust hosted a fantastic tournament for the Every Player Counts Adult PAN Disability team today at Ely Way as part of the EFL's Day of Action, with Mick Harford, Sonny Bradley and James Shea getting involved.

Around 40 members of the team took part, all of different ages and backgrounds, showcasing their skills, with Bradley and Shea getting in on the action as they joined in one of the games.

Mick shared some inspiring words, as well as taking questions on different subjects, including why he selects certain players in his line-ups.

Shea said: "I really enjoy it. Me and Sonny have come down here and played a bit of football and you can see the smiles on everyone's faces. We have Nicky Toone down at the training ground every Thursday and Nicky was a part of the tournament today. He's a great lad Nicky – he's brilliant to be around. You can see what it meant to him when he scored the goal! It's just great to come down and put some smiles on faces. 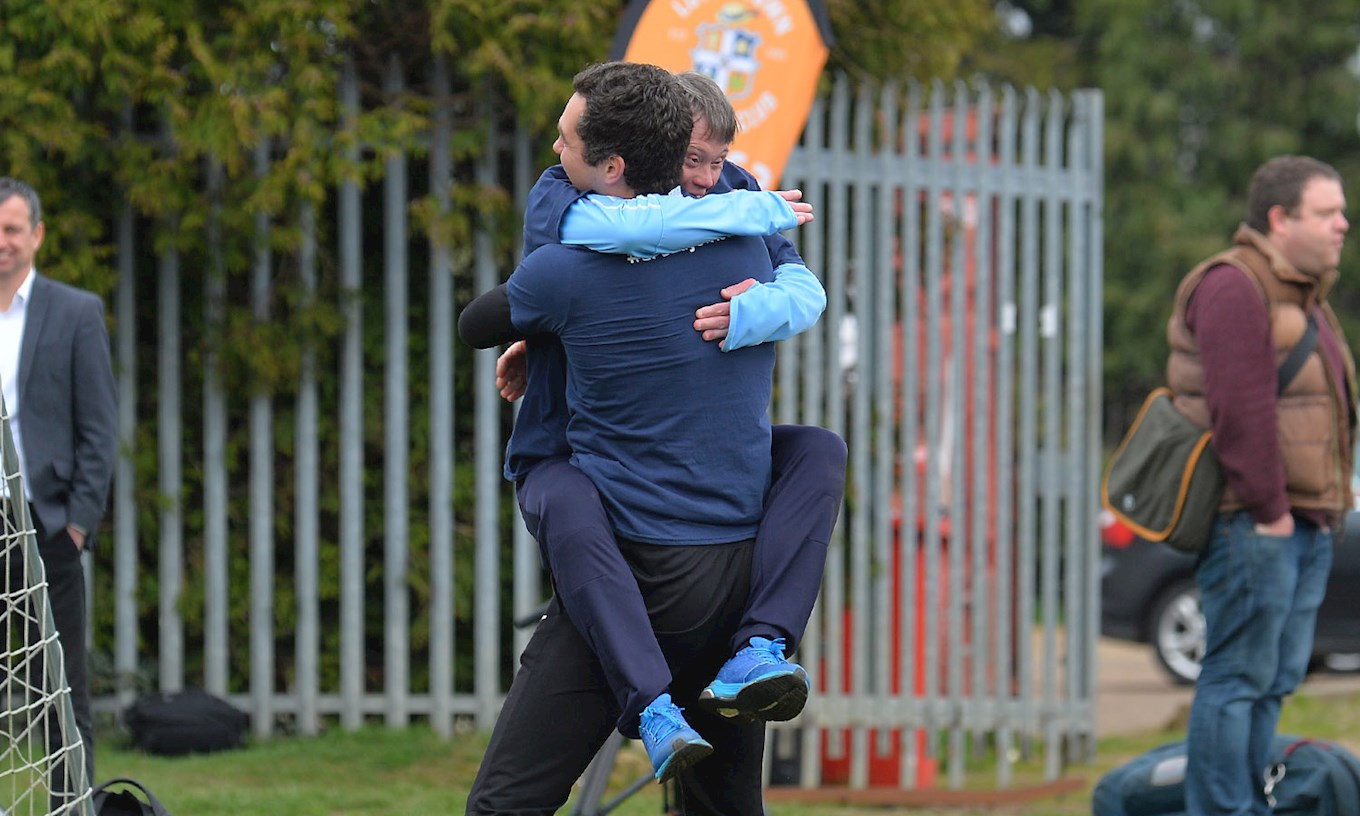 (Nicky celebrates grabbing a goal, after he was set-up by Town keeper James Shea)

"It's hard not to feel a part of the community and the town as a player when we're representing the club at events like this. You see what's going on, on and off the pitch, what the club is doing for the whole Town. It's unbelievable, it's just moving everything forward. Everyone wants to be a part of it."

Mick also enjoyed the afternoon, as he found it to be an inspirational occasion.

He said: "It's inspirational to see the guys out there running around. They don't get a lot of time outdoors and they come here and they do inspire me and everyone else in the town. It's a real special day.

"I know they train on a weekly basis, but this is the annual EFL Day of Action to showcase what the Community Trust do, and it's great to see them having a good time. I'm honoured to be in attendance.

"Nicky is part of our squad. We are thinking about giving him a number! He comes down every Thursday, has breakfast with us. He comes out and collects the balls. Kevin Dearden looks after him and his father Terry picks him up after he's had his lunch, so Nicky is part of our squad and to be fair, one of the other lads over there has just pulled me aside and said 'You should have made the substitution a bit earlier on Saturday!' I asked him where he sat and he said he sits in the Enclosure, so I think he's one of the rowdy ones – but I reckon he's probably right actually, so fair play to him!

"Luton Town Football Club is in the heart of the community. The people who organise and run these events for the Community Trust need a pat on the back and we will carry on doing this. Just bringing them here to the old training ground and seeing them play, it's absolutely inspirational."