One hundred years a Hatters isn’t a landmark many supporters reach, so the club were delighted to award 99-year-old Fred Young his season ticket for the upcoming campaign as a gift, as he will turn 100 in January.

Fred has been a supporters since he was a boy, and has been a regular at Kenilworth Road since the 1950s, consistently attending home and away games since.

A season ticket holder in the Main Enclosure, the club wanted to say thank you to Fred for his outstanding support throughout the years, and what better way to do that then for him to see his beloved Hatters week-in, week-out, than for free!

Mick Harford was on hand to present the season ticket to Fred, who was overjoyed to receive it, and is very much looking forward to the new season.

Fred said: “It’s a very big surprise, I never expected any of this! I thought I might get something when it’s my birthday, but it’s a few months away yet.

“I was always interested in Luton from when I was a lad, because my mother – in Welwyn Garden City where we lived and I live now – a butcher used to come round on a Saturday and one day my mother said ‘can you give my son a job?’ So he said he would find me one.

“He used to have a nephew that went to the football with him and he started telling me about Luton, about football. That’s how I sort of got interested and as soon as I could get over here, I started. I think it was the early 1950s. it’s been up and down, hasn’t it?!”

Recent success on the pitch has put a big smile on his face, with Fred’s fondest memory of the Hatters a game against Newcastle United.

“The best memory has to be Newcastle United, when we were losing 3-0 at half-time, and they came out second half and won 4-3! That was a great one,” he continued.

“It has surprised me a lot – two promotions, lets hope we can stay up, that’s what I am looking forward to now.

“We have been to all the friendly matches so far this season, I was there the other night. I go to every one, thanks to my drivers - George Sands and Kim Clark!”

Thank you for your fantastic support over the years Fred, and we hope you enjoy the upcoming campaign! 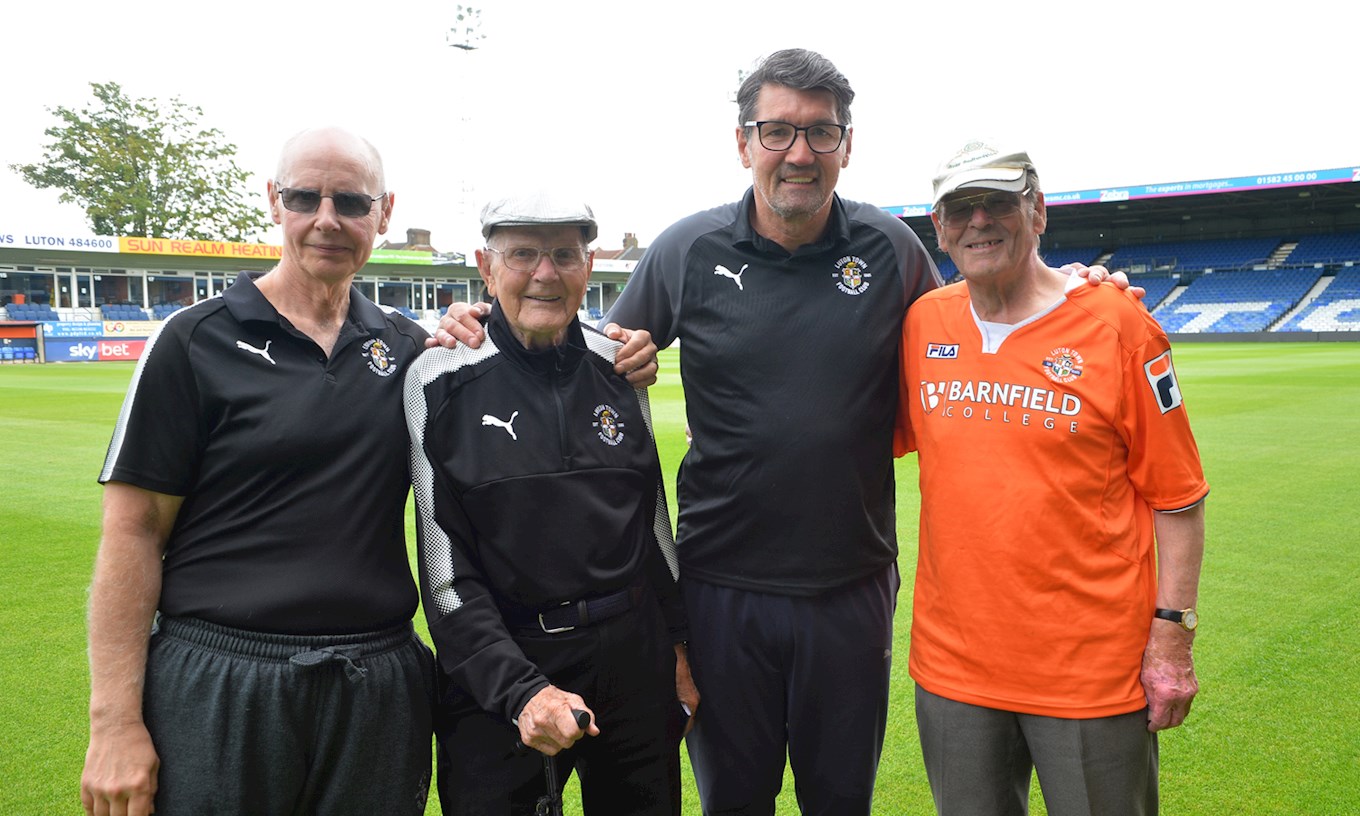 (Fred pictured with his 'drivers' and Town legend Mick Harford)