This afternoon will be a landmark moment in the young career of Hatters defender James Justin, as the Town's academy product is in line to make his 100th senior appearance for his hometown club.

As his potential century of appearances ties in with the end of the EFL's Youth Development week, which has been prevalent on the internet and social media all week with #RaisedInTheEFL, we asked JJ's former U18s manager Paul Driver to pen a special column for today's programme.

In it, Drives - who James presented with a framed shirt when he retired at the end of JJ's breakthrough 2016-17 campaign - writes: "You always read about lads that have the right attitude, that are level headed and that get good guidance from those around them, but this is exactly the basis of why JJ, for me, was a definite for a scholarship very early in his U16 year, why he progressed and improved so much in his time with the Youth Team and why he has continued his improvement and been such a big success as a pro over the last two and a half seasons.

"I am proud to be able to say that I have been involved in the development of one of the nicest young lads you will meet in the game."

You can read the full version of Paul's piece in today's 76-pag This Is Our Town, which is available from programme sellers around Kenilworth Road for £3. 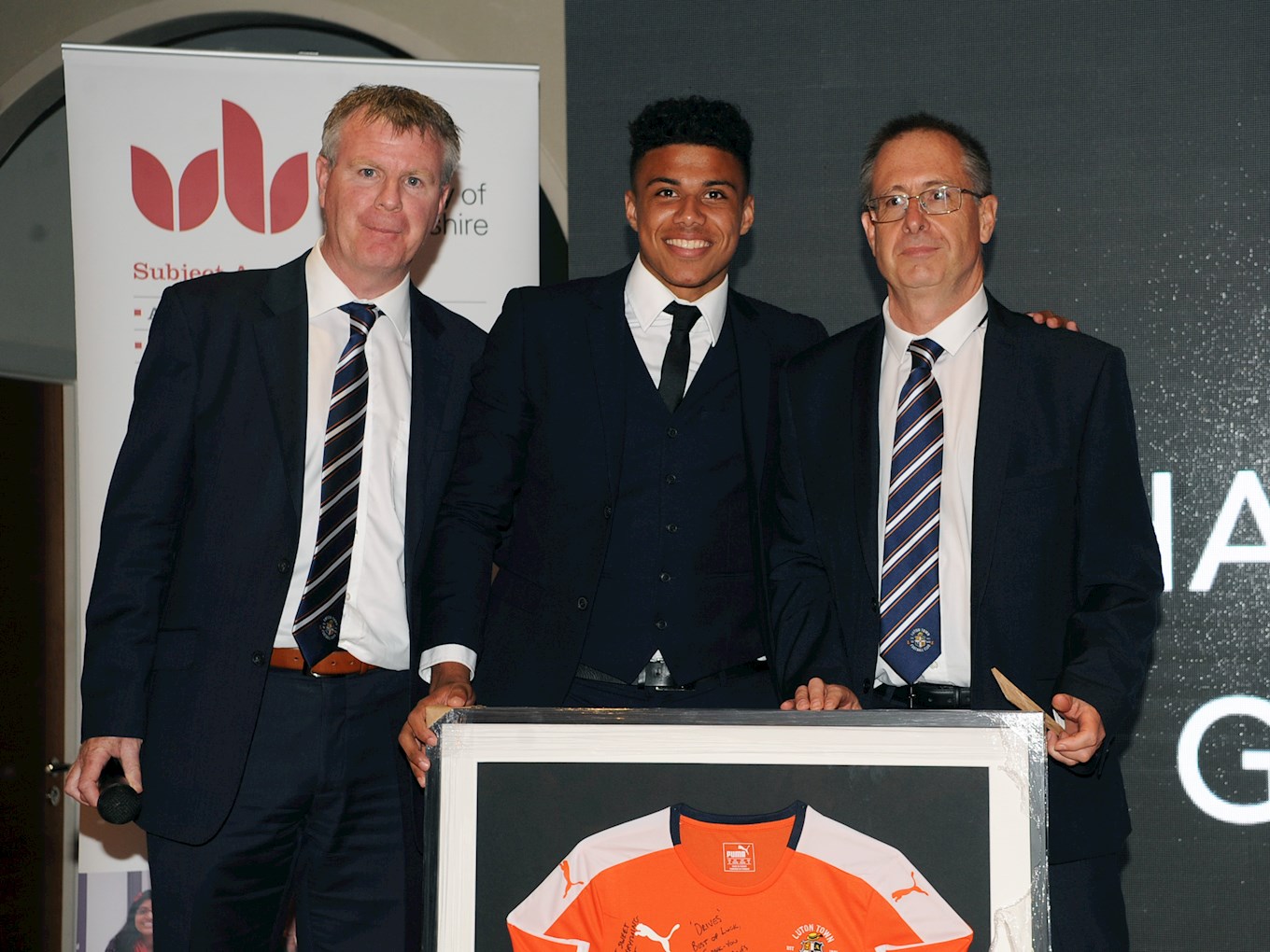 He isn't the only one to pay tribute to JJ, with interim manager Mick Harford saying in his pre-match press conference: "We believe James is going to be something special as a player and I didn't realise it was his 100th game coming up. That's some achievement for such a young lad.

"He got into the team, he's cememted his place. He's holding his place down at lefy-back, despite being predominantly a right-back and he can fill in various roles, so he'll be thrilled, his family will be delighted because they are all Luton Town fans, and I'm proud of him. He's a great kid and I'm so happy for him."

And in his programme notes, captain Alan Sheehan writes: "Congratulations also to James Justin, who (if selected!) is set to make his 100th appearance this afternoon. We all know what talent JJ has on the pitch, but he’s a great lad off it too and it’s been a pleasure to be alongside him as he’s progressed from the youth team in my time here."

Click on the image at the top of the page to watch what JJ himself had to say to the local media on Thurday on iFollow Hatters FREEVIEW!