The Hatters are back in Sky Bet Championship action tonight as they head to Hillsborough for the second time this calendar year, on this occasion to take on Sheffield Wednesday in the league.

Supporters can pay on cash turnstiles open from 6.30pm if you are able to travel to Yorkshire and get behind Graeme Jones and the lads in person, as they look to build on promising performances in the last two games against Cardiff and West Brom and record a first league win of the campaign.

We understand that factors including the long journey, work commitments and many supporters still being away on holiday will prevent some from travelling, but you can still watch your Hatters live.

As well as a live video stream being available to supporters based overseas, midweek league games are available to fans in the UK and Ireland too.

For all Championship matches this season there is enhanced four-camera coverage, meaning replays of major incidents are included - along with Simon Pitts' legendary commentary, of course!

Click here to purchase a £10 match pass so you don't miss a minute of the Hatters' season. 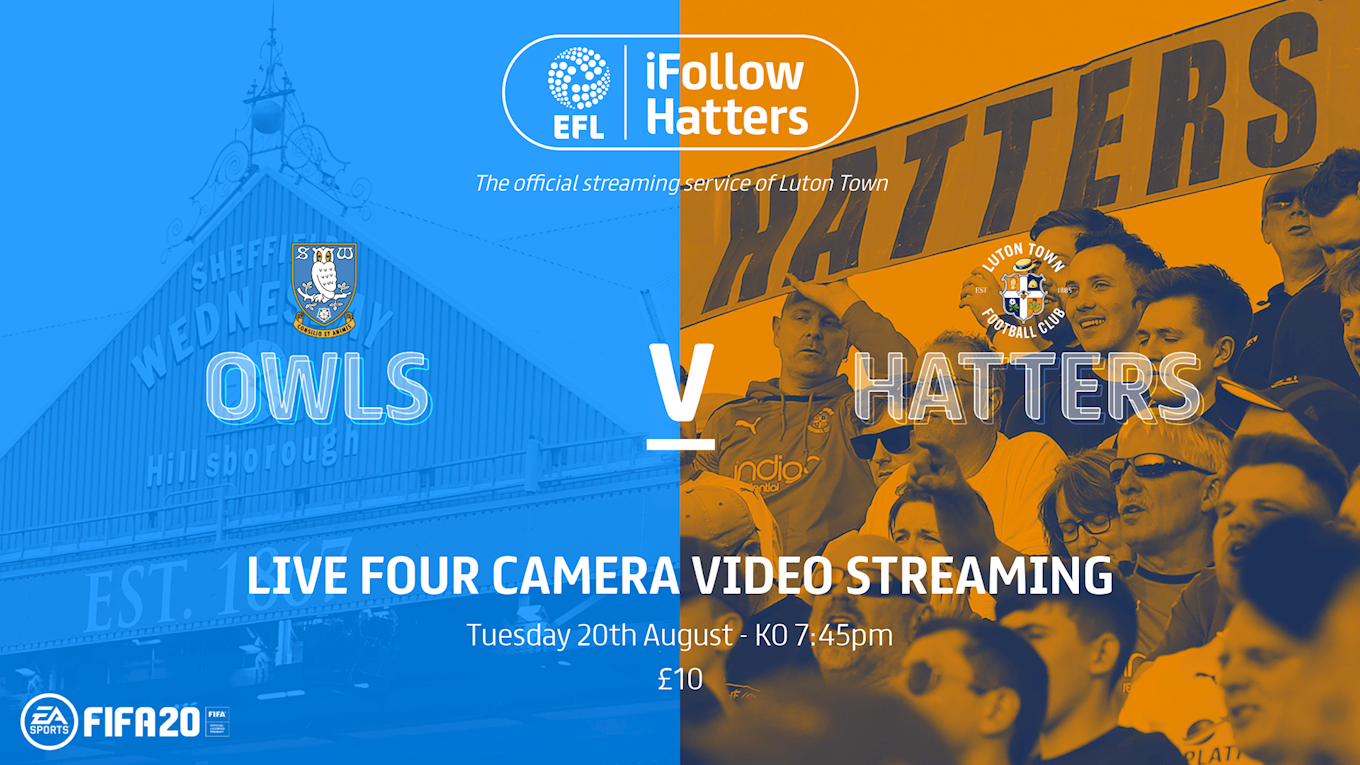