Graeme Jones says he is still hopeful of adding up to three players to his Luton Town squad as we enter the final 24 hours of the summer transfer window.

The 49-year-old has already signed six new faces since taking over, with the returning Kazenga LuaLua making seven, but Jones is keen to add to those additions of Callum McManaman, Martin Cranie, Ryan Tunnicliffe, Brendan Galloway, Simon Sluga and Jacob Butterfield before 5pm tomorrow.

“I hope to have a busy time,” said the manager, who brought his pre-Cardiff Press conference forward a day to keep Thursday afternoon free for any business.

“I still think we need two or three in to help the group of players that’s here to make sure when the window closes we’re strong until the first of January.

“I wouldn’t say there’s anything imminent. It’s been a little bit frustrating over the last four or five days, but we are definitely on the case with two or three, so we’ll see where that takes us.”

The former Swansea, Wigan, Everton, Belgium and West Brom No.2 wouldn’t be drawn on positions or names, but insisted there will be “no more than three” new signings checking in at Kenilworth Road, although he acknowledged that former Town striker Isaac Vassell is unlikely to be one of them, with the Birmingham man reportedly set to join Saturday’s opponents in south Wales.

“You never know in football, but I think Cardiff have financially gone out on a limb for him, so that’s just how it is,” said Jones. “He’s obviously someone we liked as a player, because we know him really well at the club. He’s got that pace and that penetration that we’re looking for.

“But there’s other players out there, we just need to see if we can get down that list.”

Jones said that he doesn’t expect to be breaking the club transfer record again, after the signing of goalkeeper Simon Sluga, and that although loan signings would be considered if the right option became available, he prefers permanent additions because you get a "bigger buy-in" in terms of squad integration. 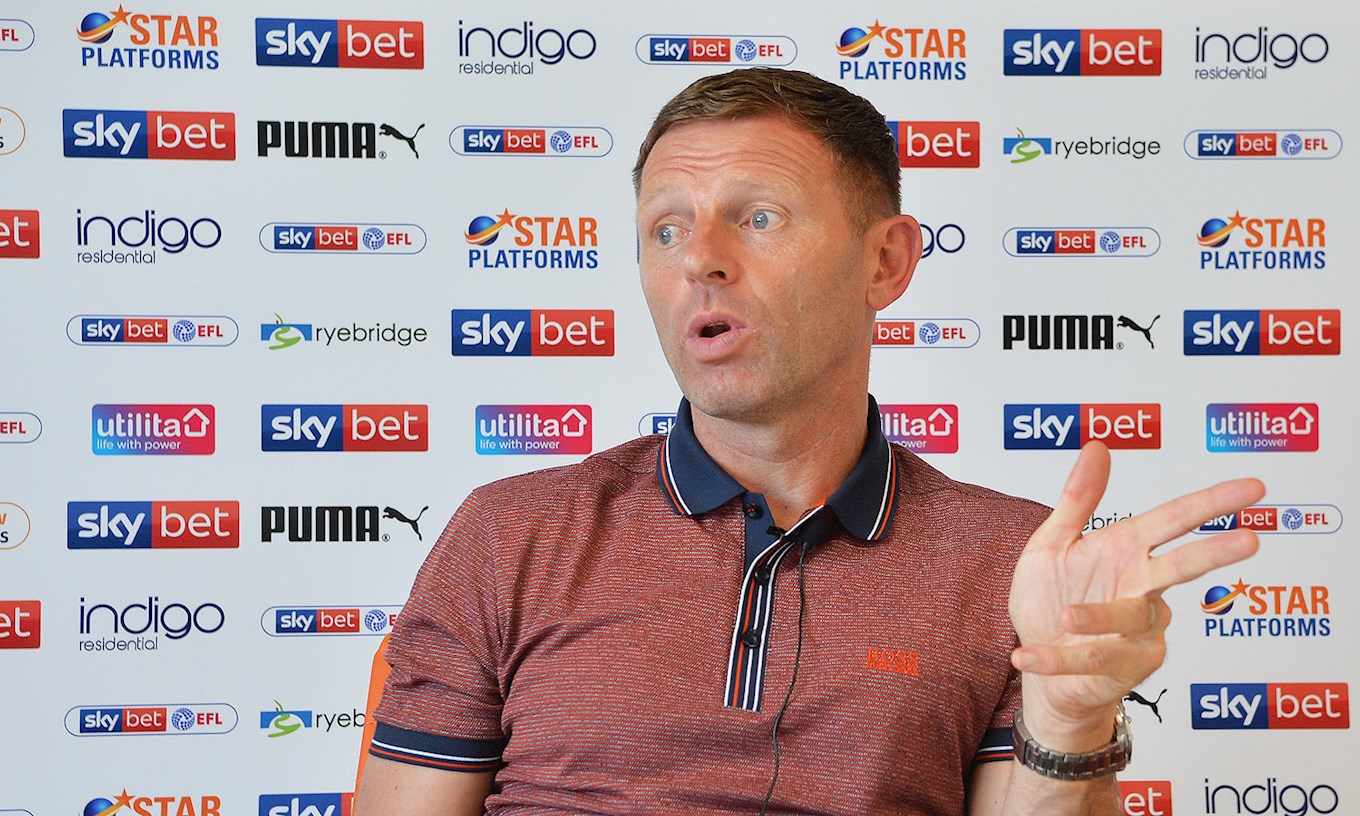 He says he has been focussed on getting players in, rather than aranging for players to leave the Hatters, because that avenue is still open for players to move to clubs abroad or in a lower division until September 2nd.

He also aired his belief that if there is going to be a transfer window, it should close before the season kicks off.

“I think it definitely is a condensed period of really intense work,” he said.  “When I was a player, the window closed the last Thursday in March, you could sign players at any time. It definitely felt better, but I don’t set the rules.

“The season started and I don’t think the transfer window should be going on. I think it should have been closed before the season started last week, but the powers that be set the rule as it is, we have to adhere to them.