We are delighted to report that Luton Town manager Mick Harford has been named the Sky Bet League One Manager of the Month for March.

The 60-year-old has won the award after being shortlisted for the three months he has been in the interim role, having taken over the team in second spot, five points adrift of Portsmouth, and steering them to the top of the division in late January.

The Hatters legend has kept them there while setting a new club record for unbeaten EFL matches, beating a 50-year-old best of 19 matches with the win at Fleetwood in mid-February.

In March, the sequence continued with victories over Rochdale, Bradford, Doncaster and Bristol Rovers and draws with Plymouth and Gillingham taking the Town level with the club record for unbeaten league matches, the 27 set in the Conference-winning campaign of 2013-14.

The new record of 28 league matches without defeat was reached last Saturday in the first game of April, and Mick has seen off competition from AFC Wimbledon boss Wally Downes, Oxford's Karl Robinson and Lee Bowyer of Charlton – who he will come up against at The Valley tomorrow – to win the first manager of the month award of his long and distinguished career. 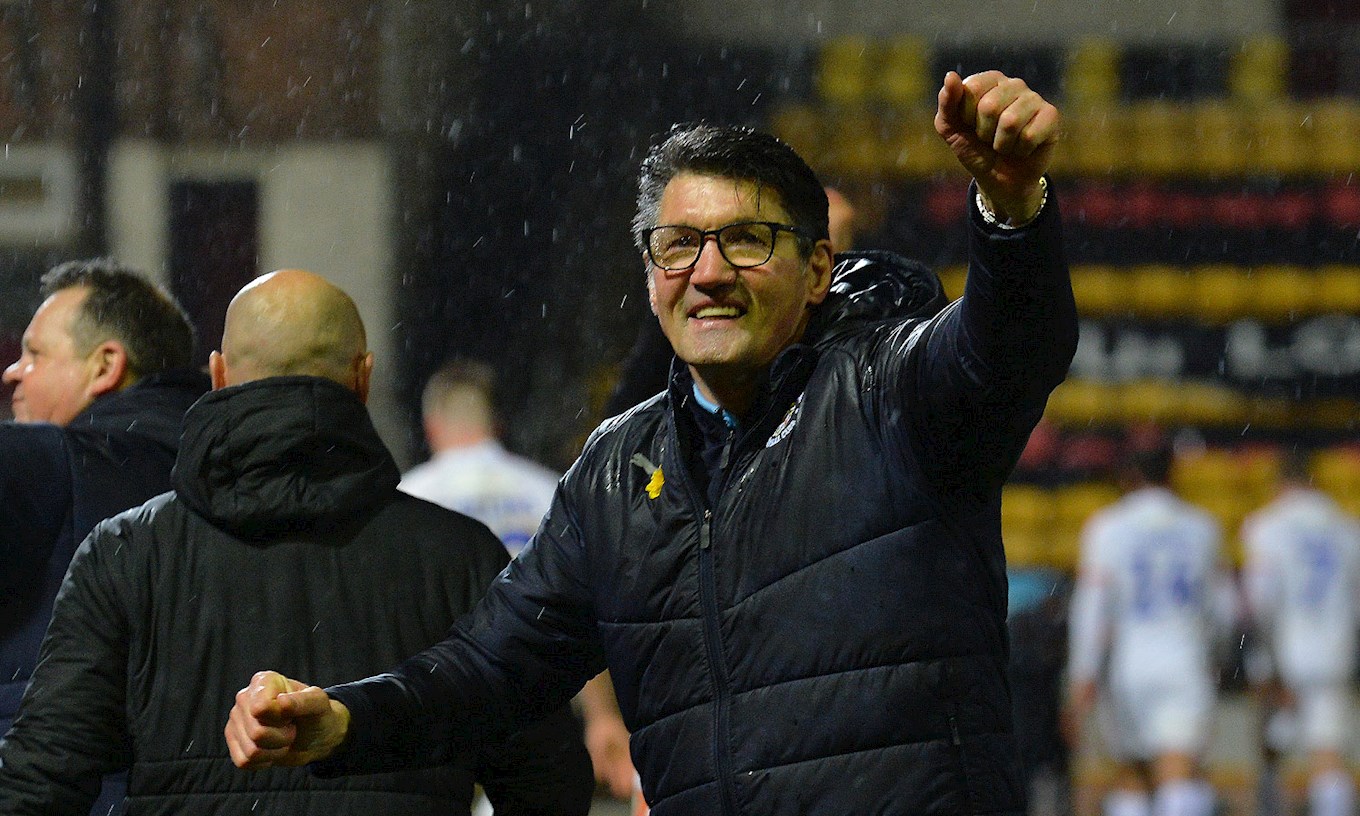 The league sponsors’ Press release states: “It is too simplistic to suggest that Harford has a team which runs itself as Luton continue to charge towards automatic promotion. Motivating his players to maintain their standards, he led them to a 14-point haul from six unbeaten matches.”

After having his pictures taken with the trophy after training, Mick took it to every area of The Brache in which his players and colleagues on the staff were situated - some getting changed, others receiving treatment, working in the gym or having their lunch - to tell them that the award was theirs.

“It’s an honour to accept the award on behalf of the football club, and that’s what it is – it’s for the football club," he said. “When I took the role I wasn’t in it for any self-gratification, it was a case of coming in to help the football club and try to put it in a better place. I think that we as a group have achieved that.

“But mainly, this award that I am accepting on behalf of the football club, is mostly down to the players. They have been absolutely amazing in the period that I’ve been in charge, so I’d like to give them a big thank you.”

Everyone connected to LTFC would like to congratulate Mick, his staff and the team for the remarkable achievement of securing the club’s third manager of the month award of the season – and sixth successive nomination. Well done all! 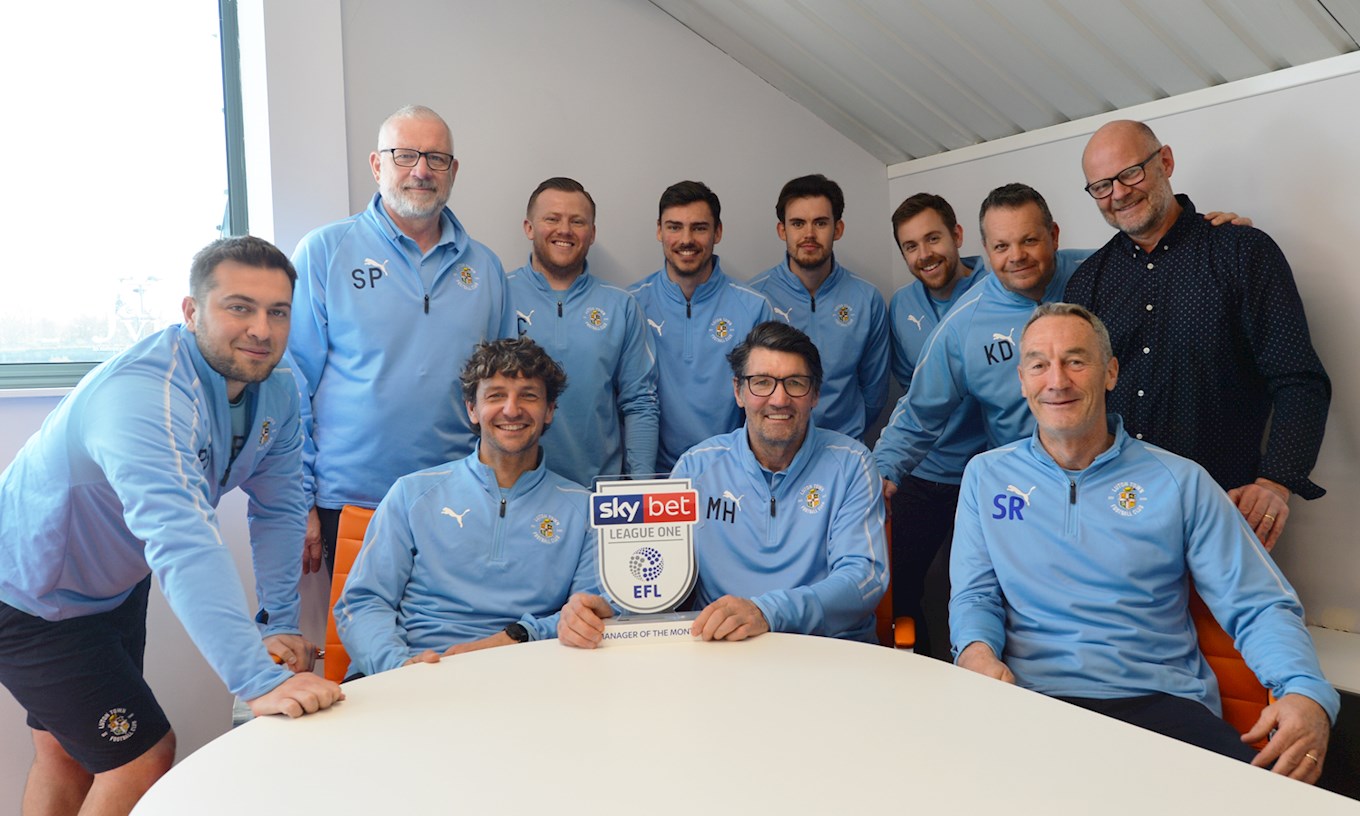 “Automatic promotion has always been the objective and looks increasingly realistic for a club that is performing well in every department.”

Sky Sports’ EFL pundit Don Goodman: “It’s never easy for a group of players to lose a manager, but after Nathan Jones moved to Stoke at the start of the New Year, leaving the Hatters second in the table, you’d have been forgiven for expecting their form to dip a little.

“CEO Gary Sweet’s decision has turned out to be a stroke of genius, turning to a man who knew the club inside out, Harford has kept the ship sailing through to the verge of a famous consecutive promotion.”

Sky Bet EFL trader, Ivor Davies: “There’s not much more you can say about Luton. The Hatters set a new club record of 28 league games unbeaten at the weekend and are all but certain of back-to-back promotions.

“Mick Harford has come in and done a great job since Nathan Jones left for Stoke at the start of January. They boasted a tremendous record in March to sit seven points clear in League One and are 1/10 to lift the title having been 4/9 at the start of the month.”