We are pleased to announce the appointment of vastly-experienced coach Steve Rutter as assistant-manager to Nathan Jones at Kenilworth Road.

The 55-year-old started work at The Brache today, and will be alongside the Town boss in the technical area at Oxford United tomorrow night.

Rutter, a former centre-half who played for and managed Yeovil during their Conference days, has worked for the Football Association for many years – and more recently UEFA – as a coach educator, taking Hatters trio Jones, Mick Harford and Andy Awford through their coaching courses over the years.

He has also been assistant and caretaker-manager at Greek Superleague club Panathinaikos, Dutch Eredivisie side Roda JC and Belgian First Division outfit KV Kortrijk, as well as returning to Yeovil for a brief spell in 2017 to work on their academy set-up.

Speaking at The Brache this morning, Jones explained his choice for his new right-hand man to replace Paul Hart, who left a month ago to become technical director at Notts County.

Jones said: “We didn’t want to make a rash decision because it’s such an important role, especially for me as young manager because I want to learn and want to make sure that I’m guiding and steering the club in the right direction, so I knew it had to be a certain type for me.

“I spoke to Steve when I first came here and if I couldn’t have got Harty out of Leeds, then Steve would have got the job. As it was, I had a fantastic relationship with Paul and that’s why I went for him.

“Now, when it came up again, I immediately went to Gary Sweet and said ‘Look, this is the one’, because obviously Gary had done his research the first time about it, it was an easy one. I left it open a little bit, but I always needed a specific one.

“I felt I needed someone with experience of managing, because unless you’ve been in a manager’s role I don’t think you can truly know what it takes to be one.

“I wanted a very good coach, and Steve is a fantastic coach from his FA background. And I wanted a real good football person who knows our environment. He knows me and is someone I can trust, someone who will lighten the load of myself and Joaquin in a coaching sense, and in the office.

“It’s a very good appointment. One I thought long and hard about but one that, if I’m honest, for the calibre of what I knew about Steve, it was an easy decision.”

Rutter, who also won the Conference and FA Trophy double as a player with Wealdstone, was delighted to take on the number two’s role at Kenilworth Road and finally link up with his old pupil – after coming close to joining the Hatters two-and-a-half years ago.

Rutter, who tried to sign the then teenage left-back Jones for Yeovil when the Welshman was playing in the Conference for Merthyr Tydfil, said: “At the point he was looking two years ago, Nathan said he felt like he needed somebody with a bit more experience of League Two – and that was right, as it’s proved.

“My experiences as an assistant manager in professional football have mainly been abroad, so I think it was important Nathan got someone he felt he needed and more comfortable with. There were no issues around that, we were very open about and it worked out really well.

“Obviously what they’re [Nathan and his coaches] doing is working well. But there is always more you want to do and to have an extra member of staff out on the training pitch means you can split it up a little bit more if you want to.

“You can maybe work in smaller groups at times and be a little bit more focused. I am not here to replace anything, hopefully just to add something and help out wherever I can.” 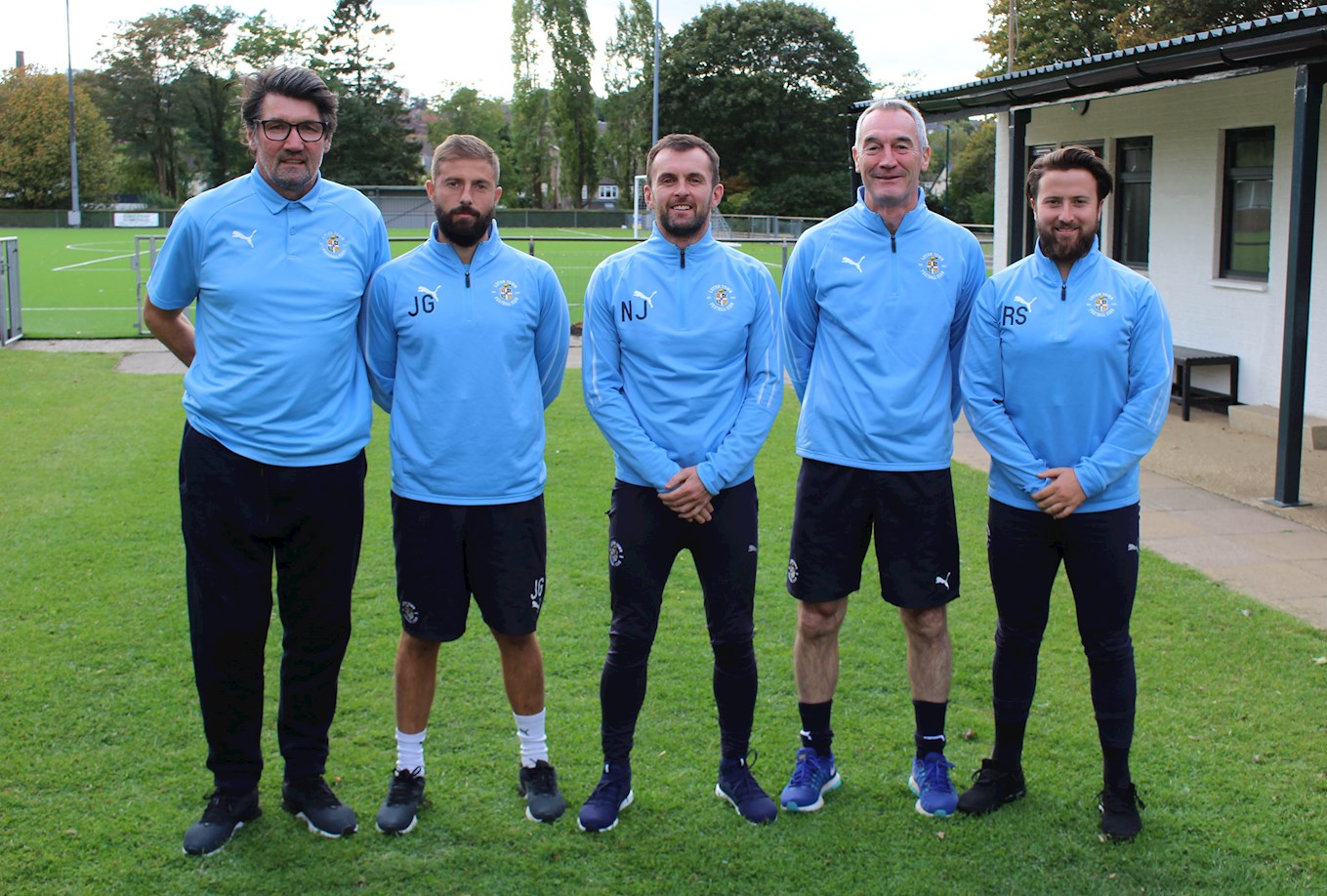 On his experiences with Nathan on his coaching courses, right up to UEFA Pro Licence, Rutter said: “It’s probably easy to say now, but he was always somebody who was very attentive, really hard-working around his courses and you could see it really meant something to him – he did it with a bit of passion.

“I like that, that’s what draws you to people really. They have got the same work ethic as you, the same sort of mentality and he worked very hard, like a lot of lads who get through their coaching badges, and he has taken his time to build his career as a coach and a manager.”

And on joining the Hatters, he added: “I am from Northampton originally so Luton are one of the clubs that was close to me. I watched them when I was younger and it’s a traditional football club. It’s a good place to work.

“Nathan has come here with his first chance as manager and the two have gelled really well. It has been the right opportunity for him at the right time and hopefully that will continue long into the future.”