We are delighted to confirm that Andrew Shinnie has agreed a two-year contract to become a Luton Town player after spending last season on loan with the Hatters.

The 28-year-old midfielder was a key figure in helping Nathan Jones' men win promotion from Sky Bet League Two while on a season-long loan from Championship side Birmingham City.

With his St Andrew's contract expiring this summer, the Hatters have moved to capture the once-capped Scotland international on a permanent basis ahead of the club's return to League One after a decade-long absence.

"I'm delighted to get it done, quite soon into the summer as well," said Shinnie. "It lets me go and enjoy my summer now and can't wait for pre-season, coming back and hopefully having a great season like the last one.

"It had been spoken about when I first came, looking towards next season as well, and I thoroughly enjoyed last year. We achieved what we set out to achieve, personally and as a team, so it was good to get things done."

The 34 appearances Shinnie made for the Town last term was the second-highest of his career, but having not featured since the end of March, the former Rangers and Inverness Caledonian Thistle midfielder is determined to improve on that tally – and his three goals – in 2018-19.

"It was a good season, but obviously the end was a bit of a tough one because I would have liked it to have ended better personally, but the way we were playing wasn't ideal for the way I'd been playing," said Shinnie. 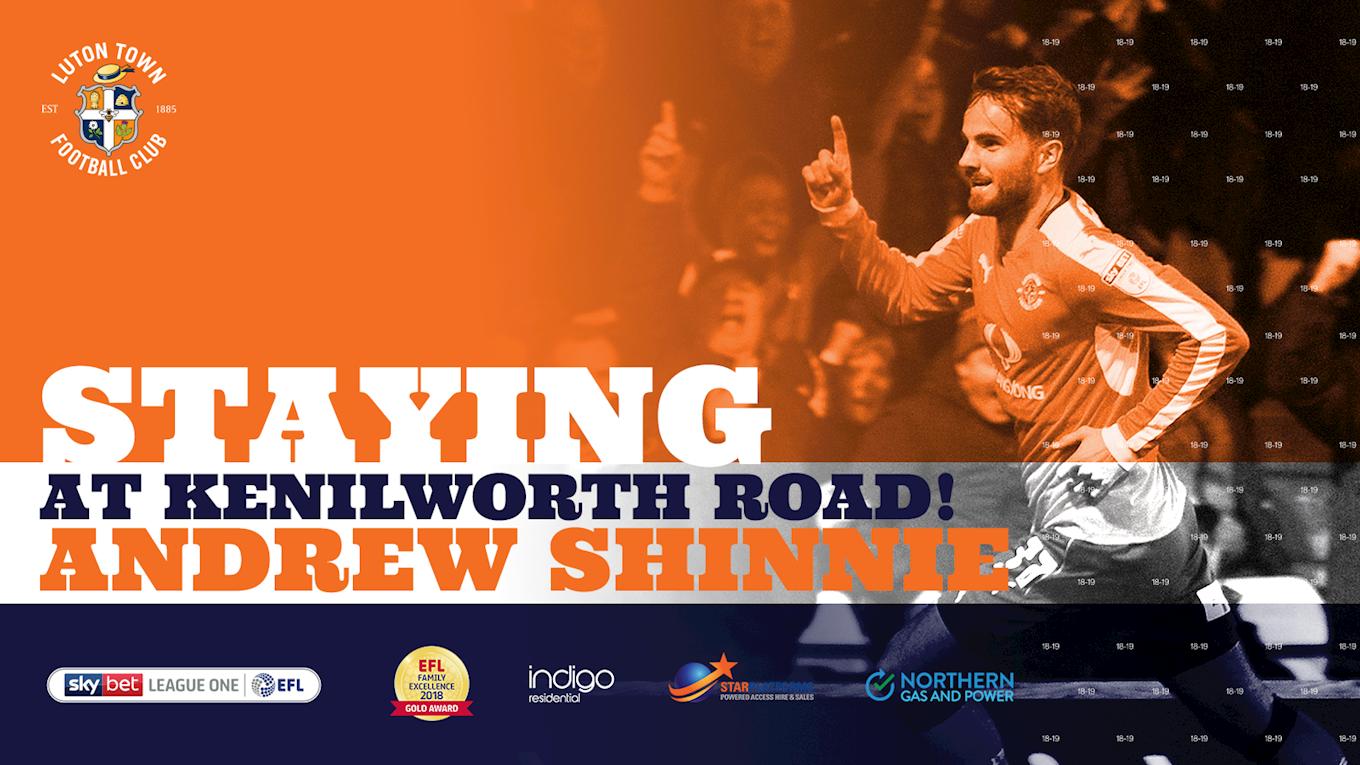 "I'd had a little dip and the team kicked on and got promotion, but for most of the season it was a good year for myself. The start probably suited the way I play better. The pitches, especially at home, were brilliant and we were playing really fluent football, blowing teams away and it was really enjoyable.

"When things became more of a battle after a bad winter, and the pitches levelled things out for teams, I struggled a little bit after January and personally it was a bit tougher on some of those pitches.

"A bit of a profile I had was that I played more of the home games and didn't play in the away games, but that's something I want to change this year. I want to show that I can play home and away games.

"I'd like to be more prolific too. Me and the gaffer have spoken about it and we'll work on it in pre-season, and hopefully I can bring more goals next season."

After winning promotion from the Scottish Championship while on a season-long loan with Hibernian in 2016-17, Shinnie is hoping to complete a hat-trick next term with the Hatters.

"That'd be lovely, wouldn't it?" he said. "I think it's achievable. We've got a good squad and if we add a couple more players, which I think the gaffer will be looking to do, we can definitely give it a good shot."

We're looking forward to it already, Shins – glad to have you as a Hatter for the long haul!