The Hatters play their second pre-season friendly later today as they take on Croatian top-flight side HNK Rijeka in a 5.30pm kick-off (4.30pm BST) at their Slovenian training camp.

Yesterday we caught up with Town boss Nathan Jones to get his thoughts on the week so far in Kranjska Gora.

“It’s all gone well and the facilities have been excellent, perfect for what we needed in terms of the weather has not been that hot, so we’ve been able to get all of our work done,” said the Welshman.

“We’ve worked tactically, technically, we’ve done real good fitness work. Everyone is in good spirits, the new lads have been able to integrate even better, so it’s been very good.”

It’s not just on the training pitch that the boss has been impressed, with the group able enjoy the toboggan runs and scenery associated with what is a ski resort in the winter, as well as being able to sample what the local restaurants and bars have on offer – even in neighbouring Italy, with several taking the opportunity to cycle over the border. 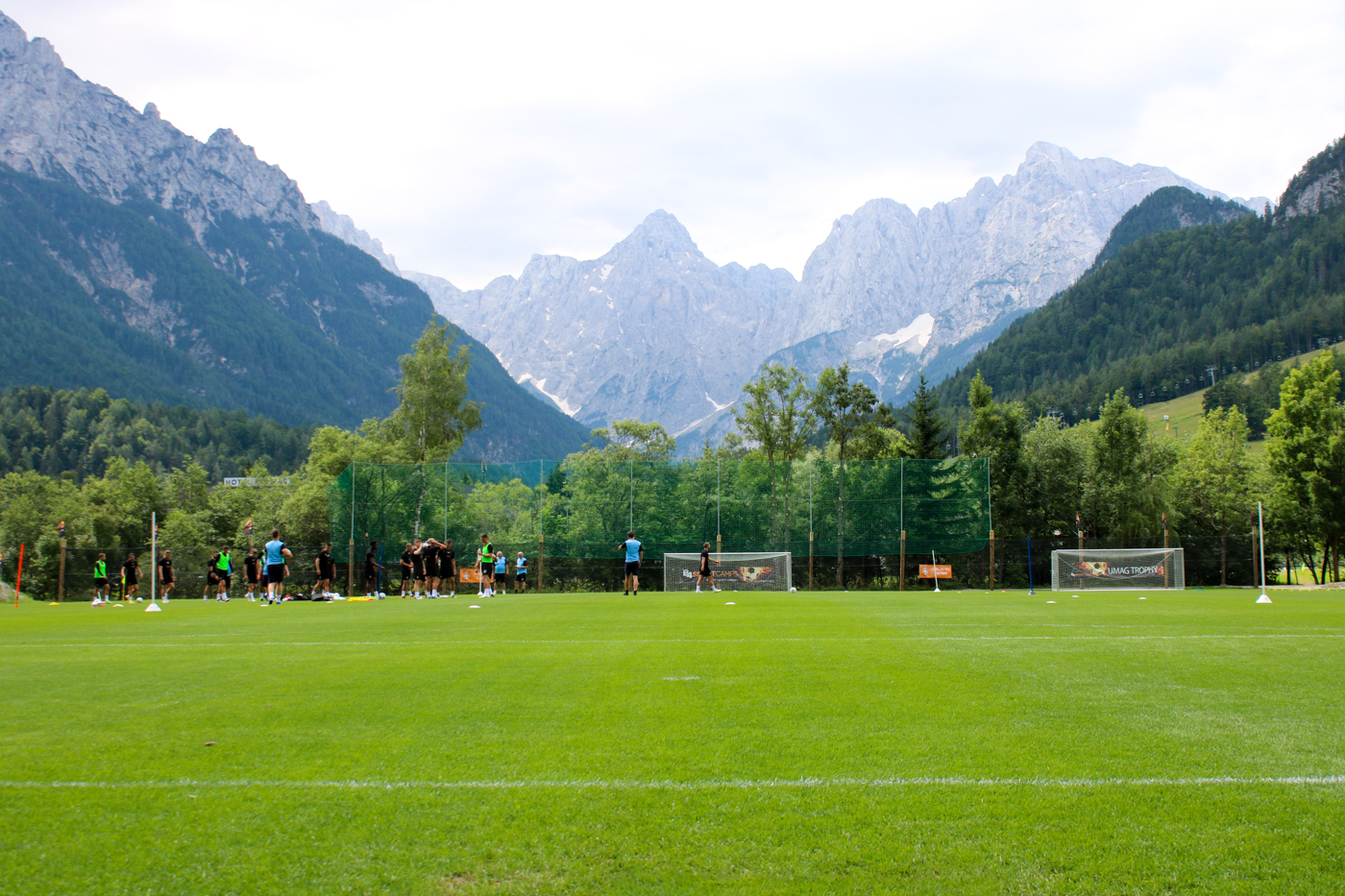 “There’s a lot of places here that are very picturesque with the lakes and mountains, so it’s been fantastic,” said Jones. “I would have liked this as a player, to come to a different country – one that you maybe wouldn’t come to unless circumstances brought you here, so I think it’s excellent.

“Kranjska Gora is a ski-resort, so it’s a little town. It’s got enough restaurants, bars, coffee shops, little shops – obviously there are big ski lifts around here, it’s got a lovely lake that we went and had dinner around the other night. It’s a real good place to come and experience a bit.

“The facilities are a level up from what we had last year, so every year, as we try to do with everything, we’ve improved – and our training camp is one of the things we’ve tried to improve.”

This evening’s opponents HNK Rijeka qualified for the Champions League by finishing runners-up in Croatia’s HT Priva Liga last term. Last season they beat AC Milan in the Europa League group stages, so Jones knows his side are in for a worthwhile examination.

“They are very strong, and we’ve deliberately gone strong because we know we are going to need a test this year – we want to test ourselves early,” said Jones. “They finished second in the Croatian top division and are in the Champions League next year, so we know it will be a real good test, but we need that.

“We’ve gone up a level ourselves, and we’ve done that in our pre-season friendlies too. They beat AC Milan last season, but we’ve done a lot of out of possession stuff out here and worked on our defensive side, so hopefully that will show this week.

“We’ve gone up a level, we think we’ve recruited at another level, and obviously our players have had another year with us in which we think they’ve improved, so it’s going to be a big test, but a good test.”

New loan signing from Nottingham Forest, Jorge Grant, will have his first run-out in a Hatters shirt against the Croatians, and the gaffer has been impressed by the 23-year-old midfielder in training already. 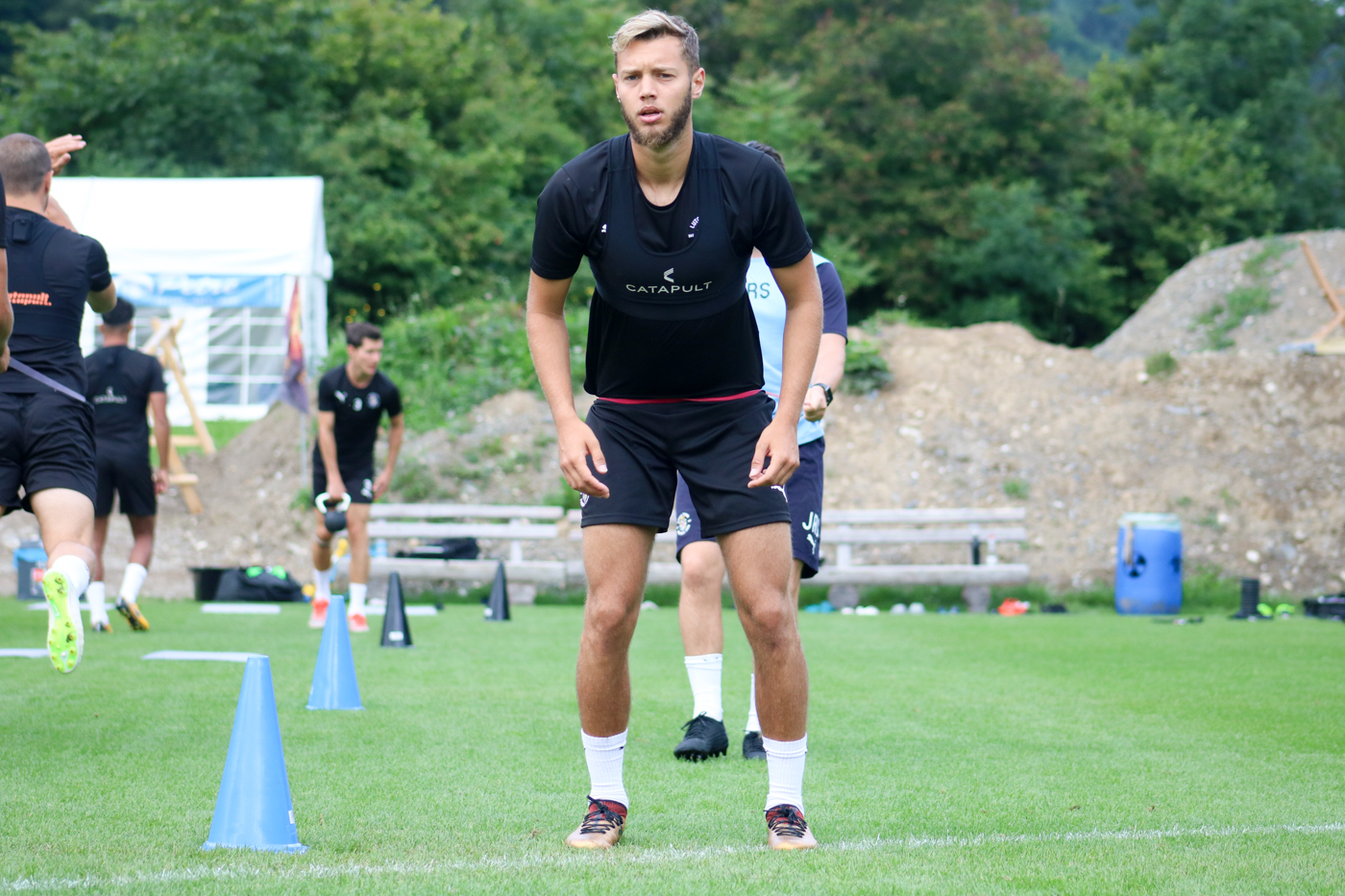 “Jorge is everything we thought he would be, even better – and he will get better still within our environment,” added Jones. “It’s a wonderful signing. I’m very pleased he’s shown what a good player he is already this week, which is good, because we like bringing good players into our environment to up the tempo and the quality levels, and then the others respond to that, so it’s been good.

“He’s 45 minutes behind the other lads who played at Hitchin a week ago, but he’s a very, very fit lad, he moves very well, so we are not too worried about that.”

Keep an eye on the club’s Twitter and Facebook feeds later today for team news and regular match updates from Kranjska Gora, with Gareth Owen’s photo gallery to follow on www.lutontown.co.uk