Goalkeeper James Shea was disappointed to see the Hatters go out of the Checkatrade Trophy on penalties to Peterborough last night, but the former AFC Wimbledon stopper certainly enjoyed the action in front of him.

“I thought it was a real good game, especially in the first half,” the 26-year-old told iFollow Hatters in his post-match interview, which subscribers can access by clicking the picture above.

“It was a shame there was no goals in it, and it’s a bit disappointing to go out on pens, but it’s just one of those things really. It was a great game of football.

“I’ve just been speaking to a couple of chaps out there and they really enjoyed it. It was a good game to be part of, it was just shame we couldn’t win on the pens.”

The ex-Arsenal goalie made a number of fine saves to keep out Post top scorer Jack Marriott on his first return to Kenilworth Road since leaving in the summer, and then produced a wonderful stop at his near post to keep out sub Jermaine Anderson right at the death. 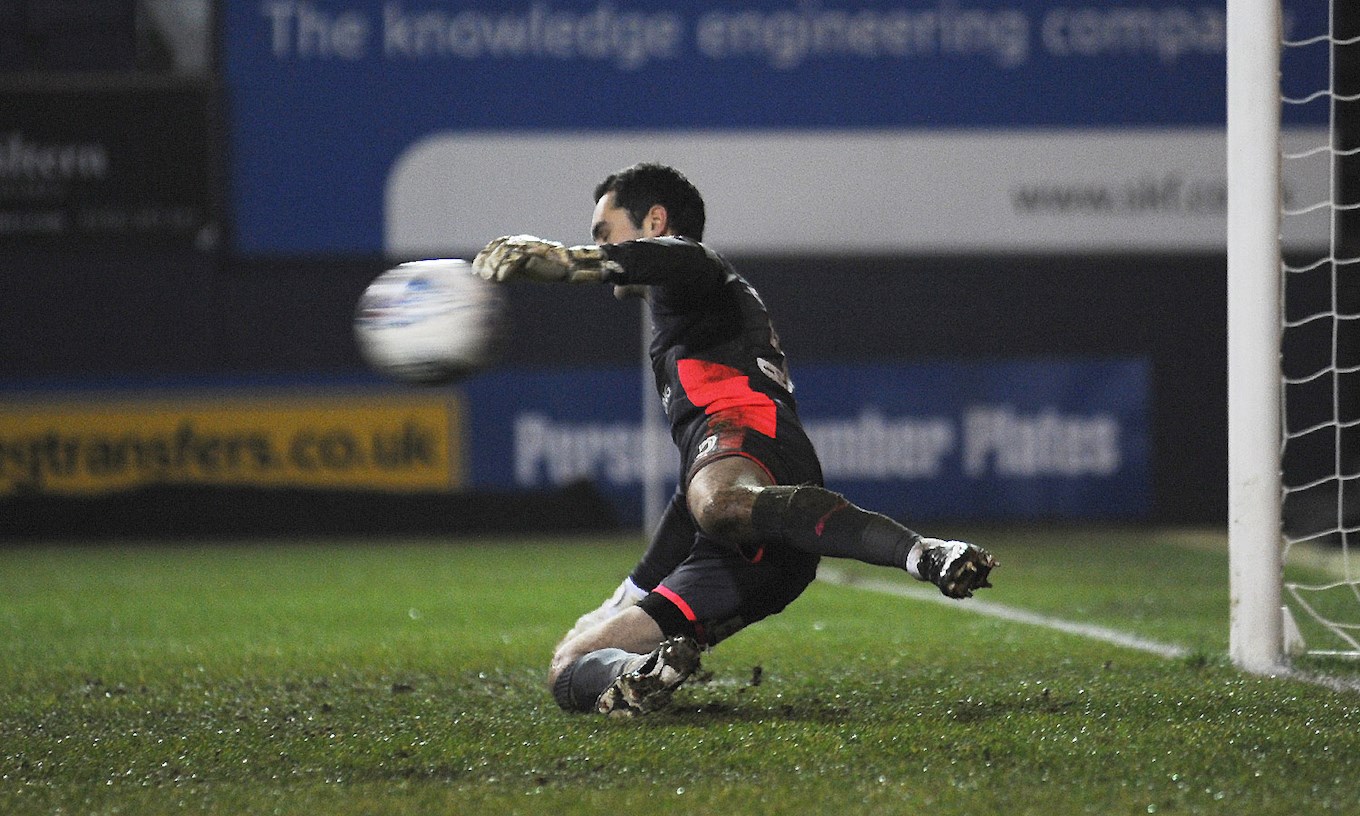 “It got a little defection which I think helped me,” said Shea. I was just hoping we got a little bit of luck and got it away, and thankfully we did. It’s always nice to play well and make saves. That’s what I’m there to do. It’s my job, and the more saves I make, the better.”

Shea had plenty of praise for teenage centre-halves Frankie Musonda and man-of-the-match Akin Famewo, saying: “They were brilliant. In every single game we’ve played – and even when we’ve played the friendly games behind closed doors – I’ve felt solid with those two in front of me. I can’t speak highly enough of them. They’ve been fantastic all season.”

And also for full-backs Jack Stacey and Jack Senior, who played wide in a 3-4-3 formation. “They just bombed on,” said Shea. “It suits them both because they can run all day, both of them, and they are like machines. I still felt solid at the back with the three and I thought we caused them a lot of problems.”

On the standard of penalties in the shoot-out, with Posh scoring all seven of theirs to win 7-6, Shea said: “The penalty standard was unbelievable. Even when their centre-half came up for the last one and he had a little stutter – I wasn’t expecting the centre-half to do that! They were putting them top bins, so you’ve just got to hold your hands up and say ‘Good pens’ really.”

The Hatters scored their first six with penalties of equal standard to the visitors’, before Frankie Musonda saw the seventh saved by Hea’s opposite number Jonathan Bond.

“Frankie’s been brilliant tonight so I wouldn’t worry about him missing a pen,” said Shea. “It’s just one of those things. Someone had to miss and unfortunately it was him, but he’s been fantastic tonight.

“The main priority for us is the league now. Hopefully we can get a win on the weekend and move in the right direction.”