Andrew Shinnie and Harry Cornick were on hand to give the Hatters’ fans something else to celebrate over the festive period, popping up with a goal each to make it seven wins from seven and close the gap on Portsmouth at the top to a single point.

The duo had the spirit of Christmas within them on the day, as Shinnie admitted after the match that the pair were chanting the fans’ rendition of Harry Cornick’s ‘Last Christmas’ on the way back to the centre circle when the number 14 had put the game to bed in the second half.

The Scot said: “He (Cornick) loves it, he’s a show pony honestly, he loves all that, but he deserves it. If you’re playing well on the pitch as he’s playing, then fans will adore him. He’s that kind of character really, he’s just a loveable guy. He’s great to be around and it’s a good song.

“I actually found myself singing it during the game. When I was running back after he scored, me and Harry were singing it. It’s a catchy tune. If you watch him back after his goal, he was dancing to it on the way back but it’s good fun and it’s good to have a song.”

The Town were in front on 37 minutes when James Justin surged forward on the left and played the ball inside to the ex-Birmingham midfielder, who was able to place his effort into the bottom corner for his fifth of the campaign. 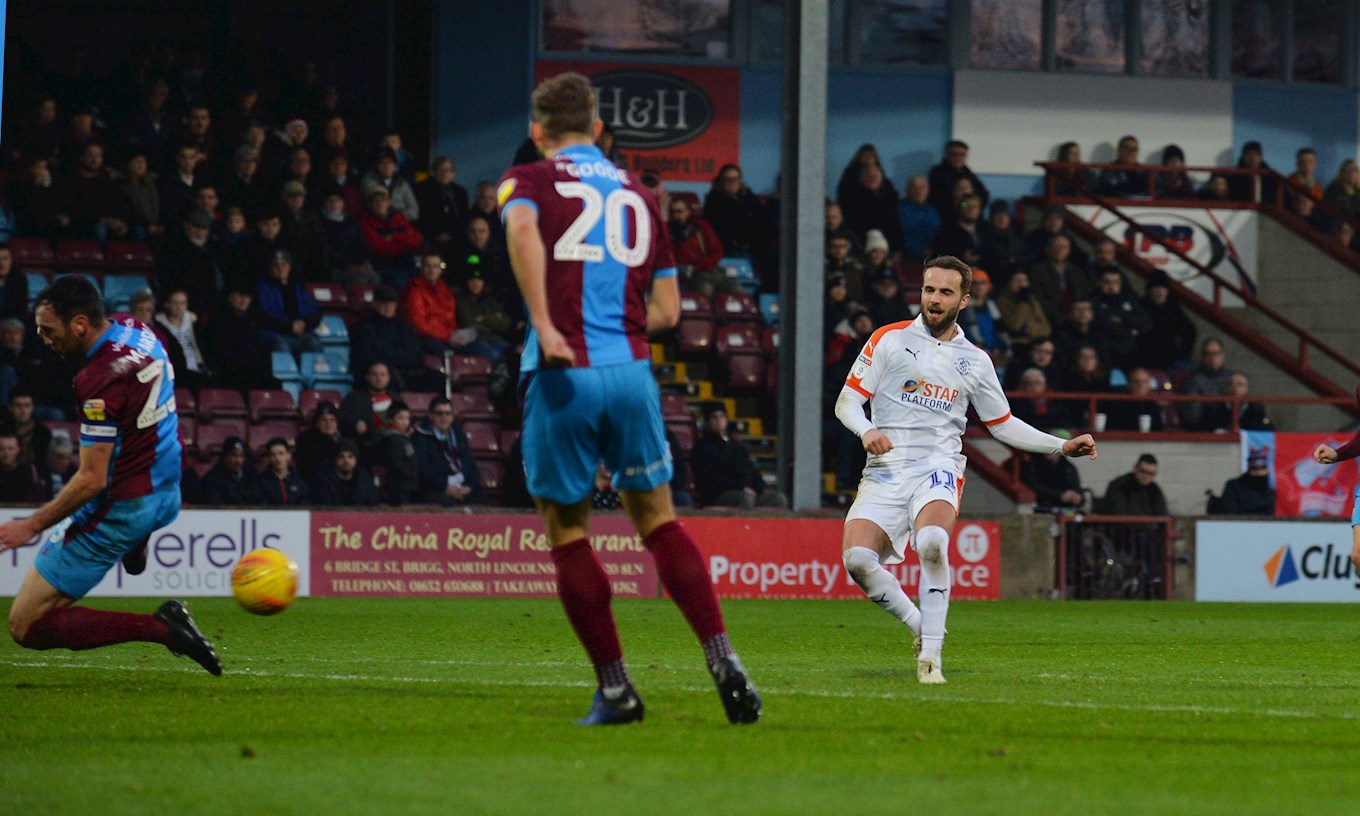 Shinnie continued: “JJ was just bombing on down the wing like he does, and he managed to burst ahead. I thought he’d seen me when he was running. He said he had seen me. I thought he had maybe tried to play it to Collo and it went behind him, but he said he picked me out and he’s an honest lad, so I believe him.

“I didn’t have to break stride really, I just kind of stepped on to it. I used the defender to bend it around him, it’s tougher for the goalkeeper if you do that and it went in the back of the net.”

The team trained and travelled up to Scunthorpe on Christmas Day, another testament to the squad’s dedication to do well this season, including the 29-year-old, who didn’t even spend Christmas with his own family.

He added: “I was at Elliot Lee’s family’s yesterday. My missus had to go up home on her own otherwise I would have left her on her own Christmas Day and Boxing Day, but that’s the sacrifice, that’s football.

“A lot of the lads have to do it, it’s horrible to do it but you just have to. That’s why I was so determined to win today, you want to make it worthwhile doing it and getting the three points makes it worthwhile.”