Town boss Nathan Jones has scooped his first Sky Bet League Two Manager of the Month award of his managerial career after his side's strong performances in October, in which they picked up ten points from five league matches.

Victories over Accrington Stanley, Stevenage and Exeter City helped the Town maintain their place in the automatic promotion spots, ending the month in third spot.

It's the second award the Welshmen has picked up this month, having also seen his side win the LG Performances of the Week for the 7-1 win over the Boro and the 4-1 victory over the Grecians.

Altough incredibly pleased with his most recent award, Jones said without his entire first team coaching staff it wouldn't have been possible: "I'm very proud, I know people say it every time they win but this is recognition not just for my work but for the work of the coaching staff and all the team and everyone associated with the football club. It's nice to have it, it's my first one and I'm very proud to have it. 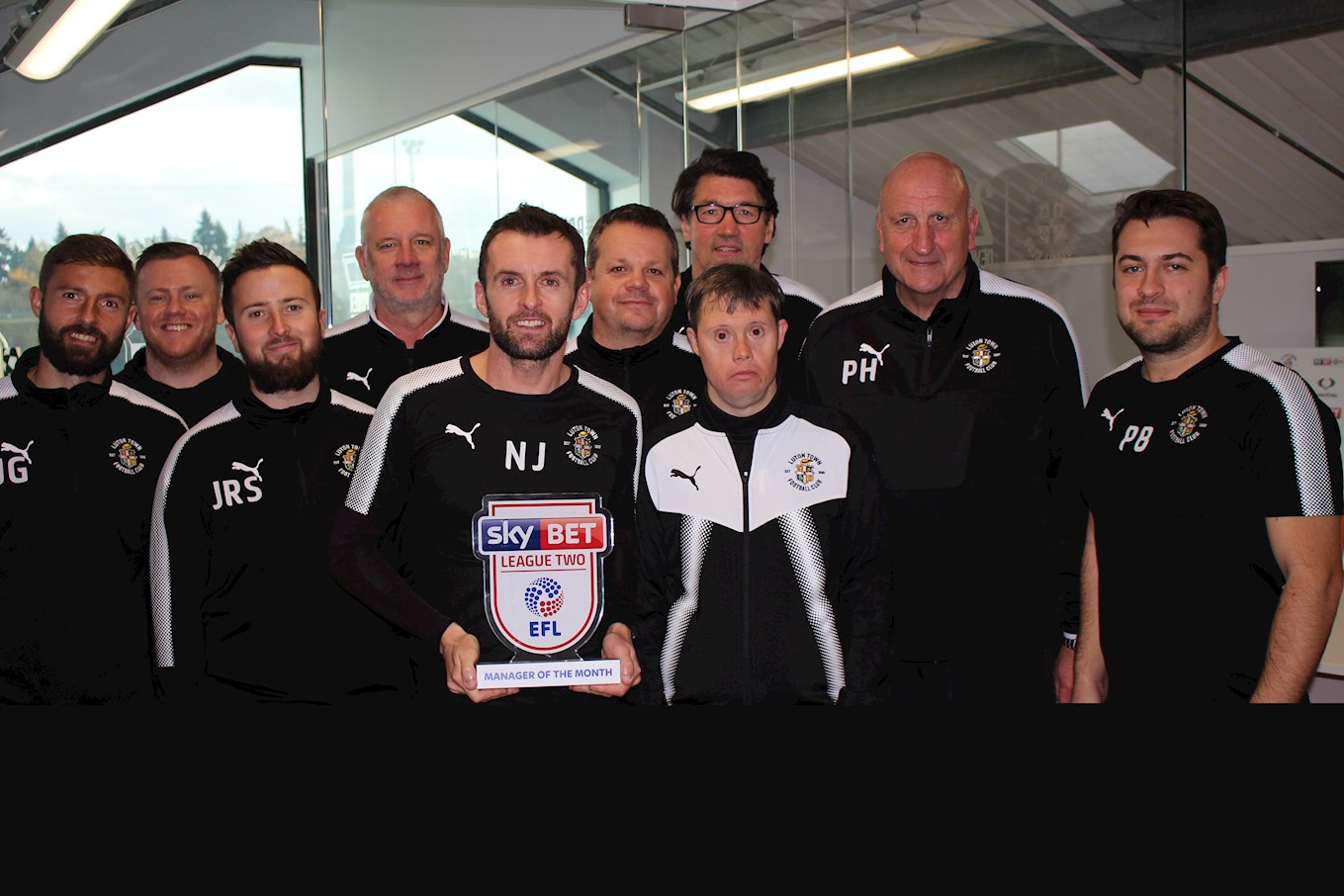 "Our goal is promotion; our goal is automatic promotion. It was the same last year and we were just one place out and this year we have to go one better. It's not pressure that anyone else is putting on us, it's pressure we're putting on ourselves. We believe we've got the tools to achieve that but so do a lot of other clubs in the league.

"I said it slightly tongue in cheek, but not tongue in cheek in that I want to be the best manager in the world and nothing changes. That is what you have to strive for if you want to achieve as much as you can."

George Burley who chairs the Sky Bet Manager of the Month judging panel said: "If you are a Luton fan, it must be very exciting watching them play at the moment. Nathan has got them playing great attacking football scoring 13 goals in October."

"When Luton are at their best, they are almost unstoppable and it won't surprise me if we see more of the one-sided score-lines go in their favour throughout the season."