The opening day Kenilworth Road clash with Yeovil Town brings Nathan Jones and Marek Stech into opposition with their old club – and the Hatters boss shared his delight at capturing the signature of his one-time team-mate when we caught up with him earlier today.

The gaffer was on holiday when the 27-year-old goalkeeper’s arrival was announced a week ago today, but it’s fair to say his phone bill will be as high as some of the skyscrapers he came across in Dubai after working tirelessly to make sure the deal went through.

Stech played with Jones in the same Glovers team on four of his five appearances during a month-long loan spell at Huish Park in 2011-12, before Stech returned to parent club West Ham.

He then went on to make another 85 appearances for the Somerset side after signing permanently the following summer, helping them win promotion to the Championship after his new gaffer had left to join Charlton Athletic.

Jones is pleased to have brought him back to English football from Sparta Prague, telling lutontown.co.uk: “We brought Marek in from West Ham when he was a youngster and he did fantastically well. He’s a real good character who got on well with everyone.

“I left the club and Marek went back permanently and did fantastically well for the club as they got promoted into the Championship. He had one year at that level and was the player of the year after an outstanding season.

“So he’s someone that I know and he fitted the bill in that we wanted a bit of experience, but we also wanted to make sure that we had our own keeper this year so we weren’t relying on anyone else; we aren’t at anyone else’s beck and call.

“That’s what we tried to do and we are going to try and get another one in permanent as well. But Marek’s a very good character, an excellent keeper – and he’s ours.”

Stech is equally happy to be a Hatter, and judging by his tweet from Florida – where he is currently on honeymoon with his wife Louise and their daughter Lyla – he is looking forward to meeting his old club on the opening day.

With an image of the Town’s fixture list, he tweeted: “Can't wait to get started first game against @YTFC #COYH @LutonTown”

As an insight to what Town fans can expect from the new stopper, it is worth recalling what Martin McConachie, a Yeovil fan of almost 50 years and author of books on the club, wrote in his ‘S’ entry in the Yeovil Town A-Z in the club’s programme on the day we visited Huish Park last March.

He described Stech as the “Czech Republic international keeper that was between the posts the season Yeovil reached the Championship and the year they were in it. Played 90 games and was a popular figure on and off the pitch, one of the best keepers ever to play at Huish Park”. 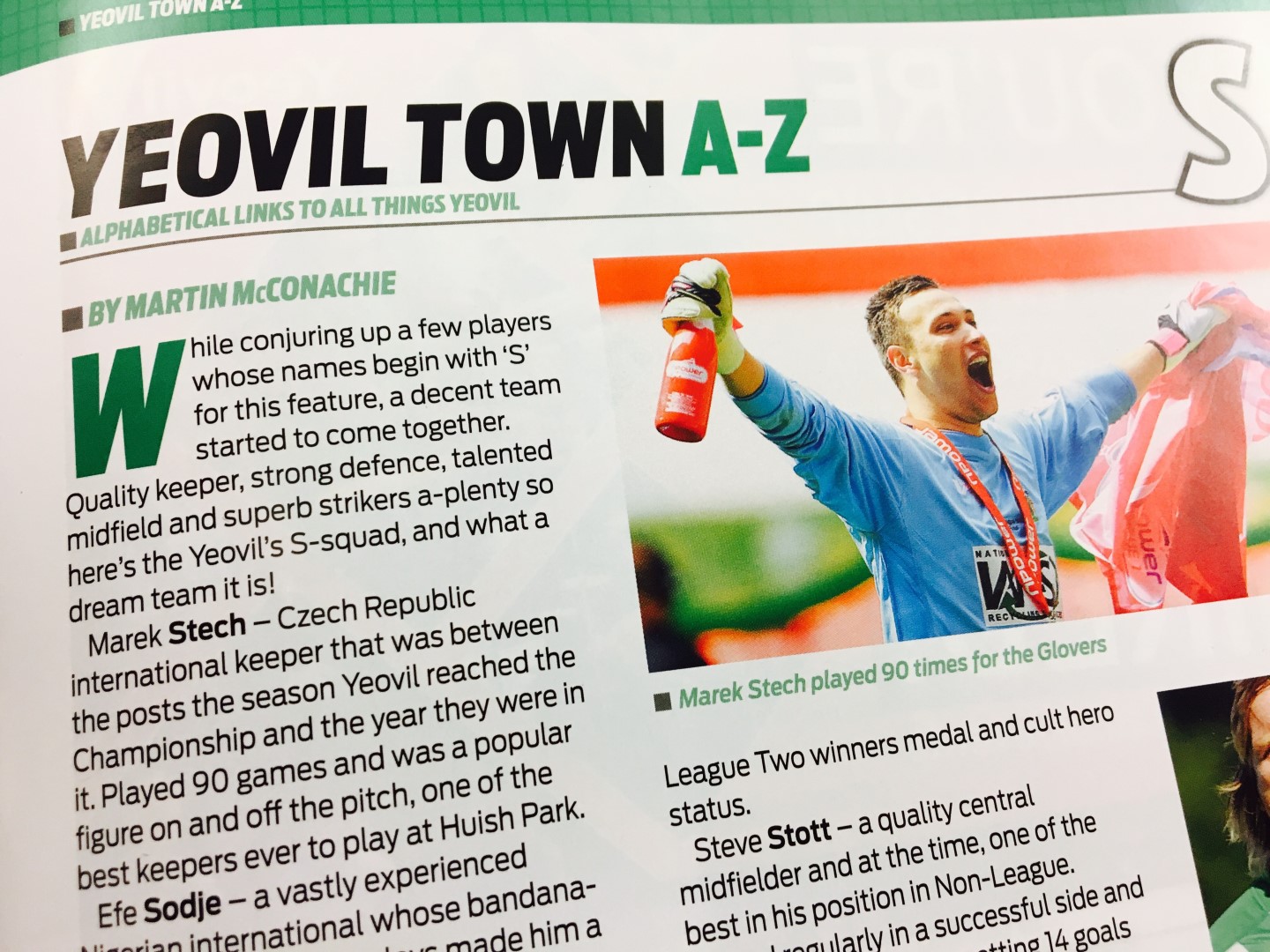 When he was at the stadium to sign his forms last week, Stech told iFollow how he’s already looking forward to running out in front of a big crowd at Kenilworth Road – and, if selected, it could be with fans from all parts of the ground applauding him!

“I’ve already been studying it on Twitter and Instagram, and all the fans here are amazing,” said Stech in his iFollow interview, which is now available to all on freeview. “I saw the last game of the season and the atmosphere here was unbelievable.

“I spoke to Kev Dearden as well and every home game there are more than 7,000 people and the atmosphere is always amazing with the fans always behind you, which obviously helps the players on the pitch. I think that’s very important. I’m really looking forward to it.”

*You can see all of the Hatters' 2017-18 Sky Bet League Two fixtures, with Nathan Jones' views on the opening matches, by clicking here

*Don't forget to make sure you've got your seat reserved for all the home games at Kenilworth Road by taking advantage of all the benefits a season ticket can bring. Details on how to purchase yours, including an Oak Road season ticket that works out at just over £5 a game for Under-22s and less than £13 per match for full-paying adults, are available here!