The Slovenian sunshine has been replaced by some Maribor mountain mist on the eastern edge of the Alps, but Hatters manager Nathan Jones was still full of the joys of pre-season when lutontown.co.uk caught up with him before training this morning.

The Town squad have spent the past few days preparing for the 2017-18 campaign at the Hotel Habakuk next to the Pohorje mountains, with the week-long training camp ending with a game against Slovenian second division side NK Bravo tomorrow afternoon.

“It’s a good place,” said the Welshman. “It’s a bit cloudy today, but it’s been really good all week. The people here have been very accommodating and it really is an excellent place to come for a pre-season training camp.

“The pitches are good and everything is here on-site, so the lads can use the gym and do plenty of recreational things when they’re not training. It’s like a sports village, so the facilities are superb.

“It’s a winter sports destination for skiing in the winter and there are all kinds of things on offer. You’ve got a toboggan run, cable cars, little donut things, bikes, scooters, a golf range – and there are restaurants and cafes the lads can go to on-site.

“They went into the centre of Maribor – which is about 2km away – for dinner by the river on Tuesday night, so they’ve had a good week of team bonding as well as training, and it culminates tomorrow with the game.”

The behind-closed-doors friendly at Slovenian champions’ Maribor’s training ground will kick-off at 2pm British time, and the gaffer is looking to get extra minutes into the players’ legs after fielding two separate teams in each half of the 2-1 win at Bedford last Saturday.

“It’ll be a good test for us tomorrow,” he said. “We’ve worked on things tactically here, so we hope that they come out in the game. But it’s more about the physical side and putting one or two tactical elements in there before we crank it up on Tuesday night at St Albans.

“We’ll probably move it up slightly to around about 60 minutes for some players, and then the others will have 60 minutes on Tuesday, so they are getting more game time under their belts.”

Right-back James Justin has continued his return to training after his lengthy involvement with England Under-19s over the summer delayed his full participation in pre-season so far.

The gaffer said: “After he’s been away with England it’s important we don’t over-train JJ too quickly, so we’ve given him a little bit of downtime. It’s been a mini-break for him really, but he’s been around everyone, so it’s been good.

“We’ve only had a few of the boys feeling stiffness and such like, which you expect in pre-season. But apart from that, everyone’s looking good fitness-wise.”

And on the subject of Justin, there has been plenty of transfer speculation while the squad have been away with the club’s board rejecting an offer from Sky Bet Championship side Nottingham Forest for the 19-year-old defender.

“We’ve had a lot of interest in JJ and the club have received a bid, but he’s a young player and we see him developing here,” added Jones.

“JJ, his family and the people that look after him see that the best way to develop would be to have at least one more season here, getting games under his belt while learning his trade.

“He trusts our environment, he trusts what we do here and we have to make sure that we keep him moving forward.” 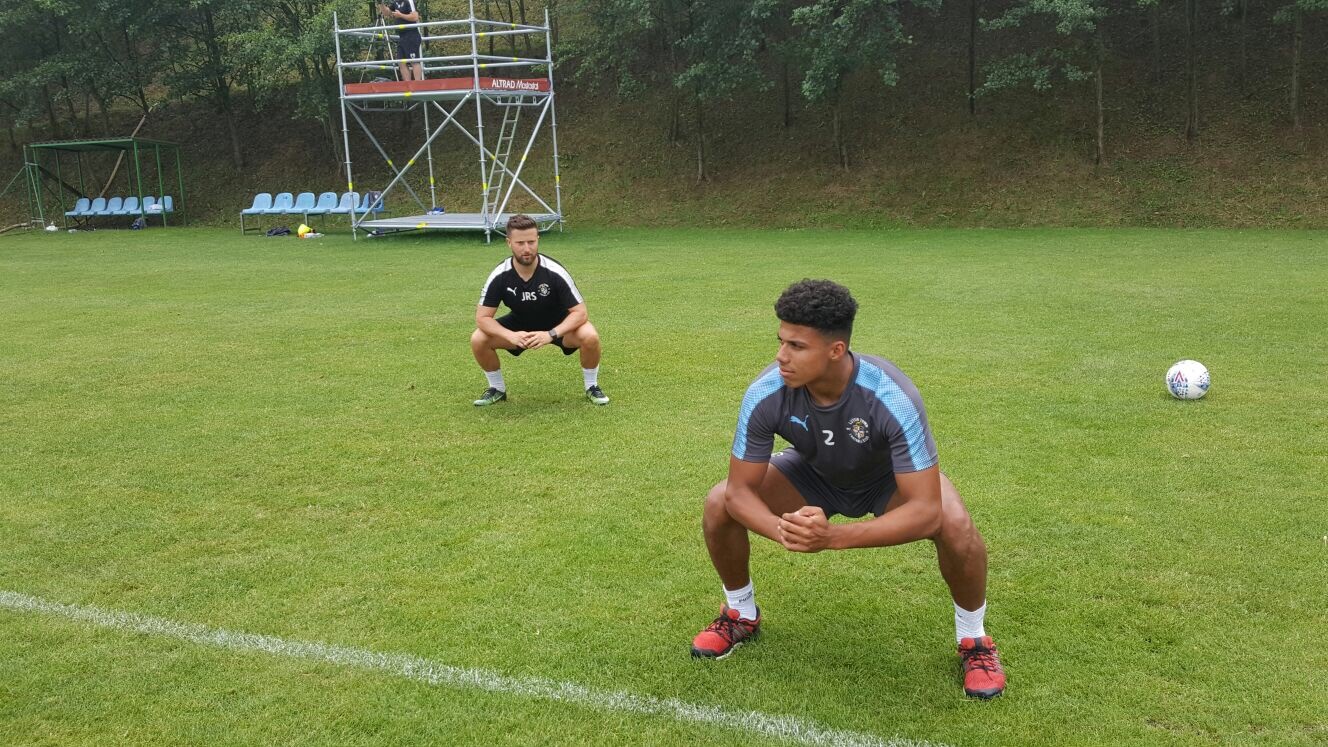