Town boss Nathan Jones has revealed that Danny Hylton and James Justin are back in first team contention after they both played for 45 minutes against Tottenham Hotspur U21s on Tuesday evening.

Hylton had a routine operation on a leg injury he picked up towards the end of the season, whilst Justin is recovering from a hamstring problem he picked up whilst training with the England Under-19s.

Jones said: "They've both trained today and we have done a little bit extra with them as well so it's very pleasing. They're obviously a little bit rusty, but they're getting a lot closer now. 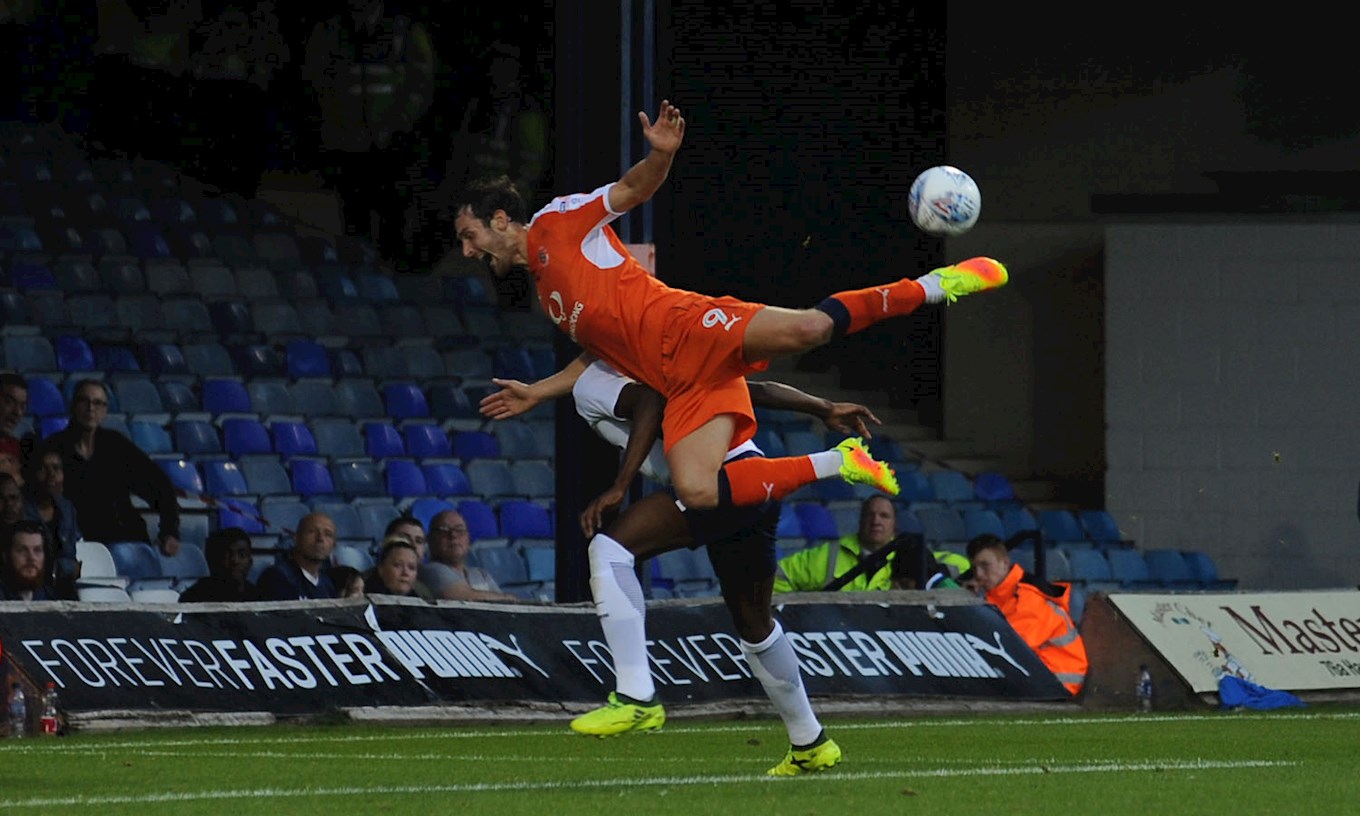 (PICTURED: Last season's top scorer Hylton made his first start of the 2017/18 season, alongside right back James Justin)

"They're back in contention now. The levels they were at last season when they were absolutely flying – they might not be there yet, but the only way to do that is through games.

"It's just about getting them up to speed as quickly and as safely as possible, because obviously we don't want to push them too much either. If we needed to we probably could have pushed them a little bit harder, but we wanted to get them back safely, that's the main thing."

With those two returning and a number of strong acquisitions to the Town squad made over the summer, Jones wants to see the competitiveness of his squad reflect in performances on the pitch.

"I think we have stronger options [compared to last season]," he continued. "I think we have similar numbers to last year, we have only got one or two more. But we are far stronger. If you look at the goalkeeping department, it's stronger than it was last year.

"That's not to say any disrespect to Christian Walton for example, but if he got injured then we didn't have another number one as such to come in. Now we have two and a real quality young one pushing those.

"In theory we are one point worse off than we were last year, but I think we are in a better place. We've got to prove that and justify that on the pitch, because football isn't played on paper."

That competitiveness should see his players push on that little more if they want to secure their place in the starting 11 according to the gaffer.

He said: "They should be thinking 'I need to be at my best to get into the side and I want to be the best I can be', but some players respond in different ways. Some players can't handle that.

Make sure you get your tickets for this weekend's game, click here for all the information on prices and how to get them!