The 22-year-old said that manager Nathan Jones’ enthusiasm sold the move to him – and he can’t wait to get out on the pitch to help the Town in the bid to win promotion to Sky Bet League One this season.

The man who will wear the No.14 shirt said: “It feels really good to be here. I’m excited to get started on the project and hopefully I can help Luton get promoted to League One.

“The gaffer sold it to me. He’s so enthusiastic. There is a good project at the club and I wanted to get on board and help do my bit. I can see the club really going places, so that’s the main reason I signed.” 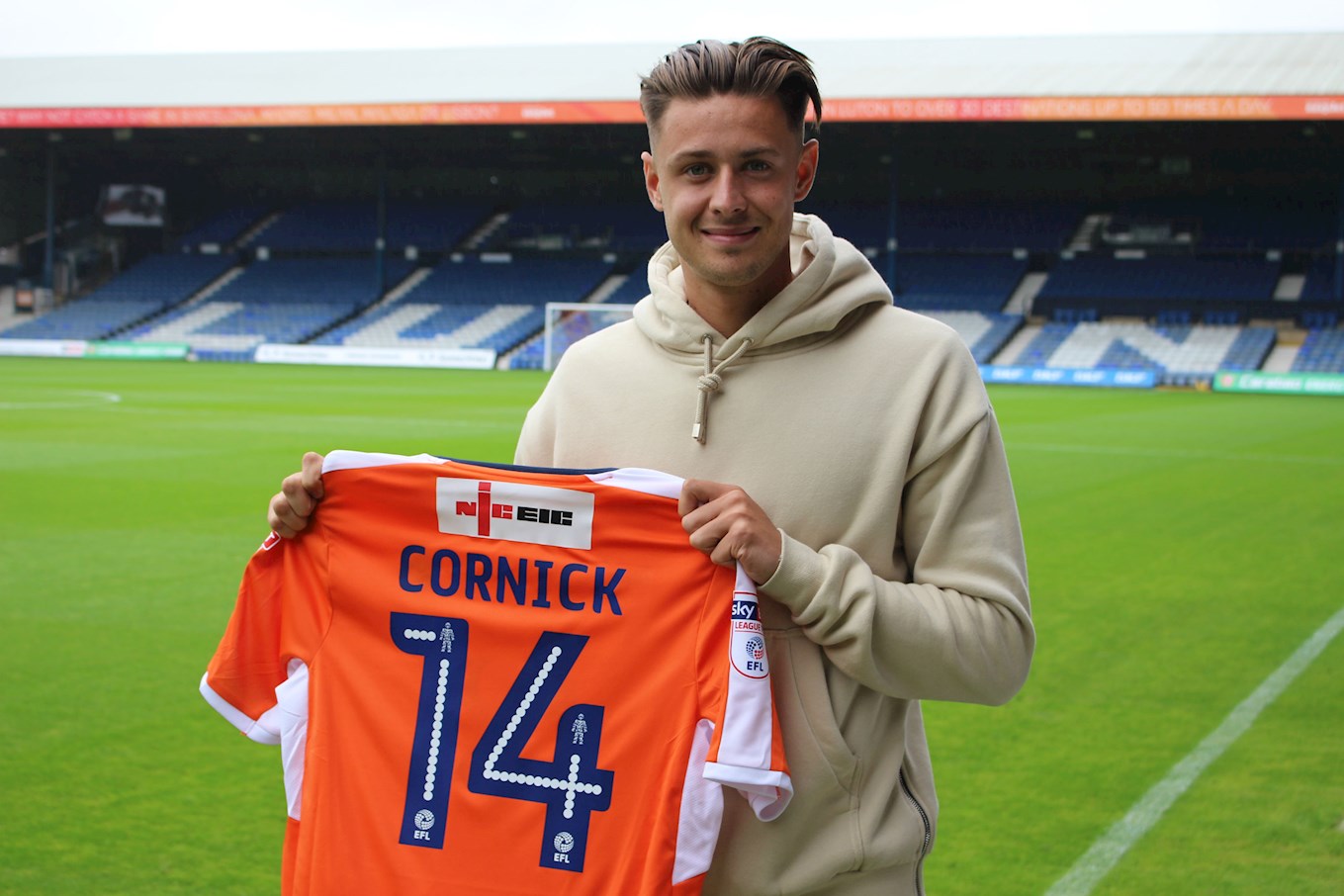 Cornick has made one appearance for Bournemouth since joining from Non-League Christchurch in 2013, but he has enjoyed loan spells in League Two at Yeovil and Leyton Orient, as well as at League One Gillingham last year.

“I’ve been around the block really,” he said. “I’ve been on loan twice to League Two. It’s a tough league to get out of, but the squad is so strong and hopefully we can get promoted.

“I enjoyed my time at Yeovil. It was good. It was a bit of a weird one watching the game on Saturday, seeing the scoreline, which was a bit shocking. I enjoyed my time there and now I’m ready to start here and hopefully enjoy it just as much.

“As an attacking player I saw the amount of goals you scored on Saturday and I want to be a part of it. The atmosphere is good around the club, everyone is being positive and talking about the right things, so it should only lead one way.”

Asked what the Town fans can expect from the forward in terms of playing style, he replied: “I’m an attacking player. My first thought is to go forward. I want to score goals and I want to get assists and get the fans on their feet. That’s the main thing. They come here to be excited and hopefully I can excite them this year.”

On his ambitions to help the Town win promotion and how determined he is to get himself back to a higher level, the Poole-born forward said: “Massively. This season is all about the league really and going up. That’s the main aim of the club, to get promoted, and hopefully we can achieve that.”