We are delighted to announce the signing of highly-rated striker Aaron Jarvis, who has agreed terms tonight to join the Hatters from Non-League side Basingstoke Town.

The Town are to pay an undisclosed fee for the 19-year-old frontman, who has agreed a one-year contract with an option in the club’s favour for a second year.

Jarvis came through the youth ranks at the Hampshire outfit, who are a full-time club despite operating in the Evo-Stik League Southern Premier Division – the seventh tier of English football.

He scored 17 times last season, his first in senior football, and opened his account for the current campaign last Saturday with a brace in the Dragons’ 5-0 win over Chesham United. 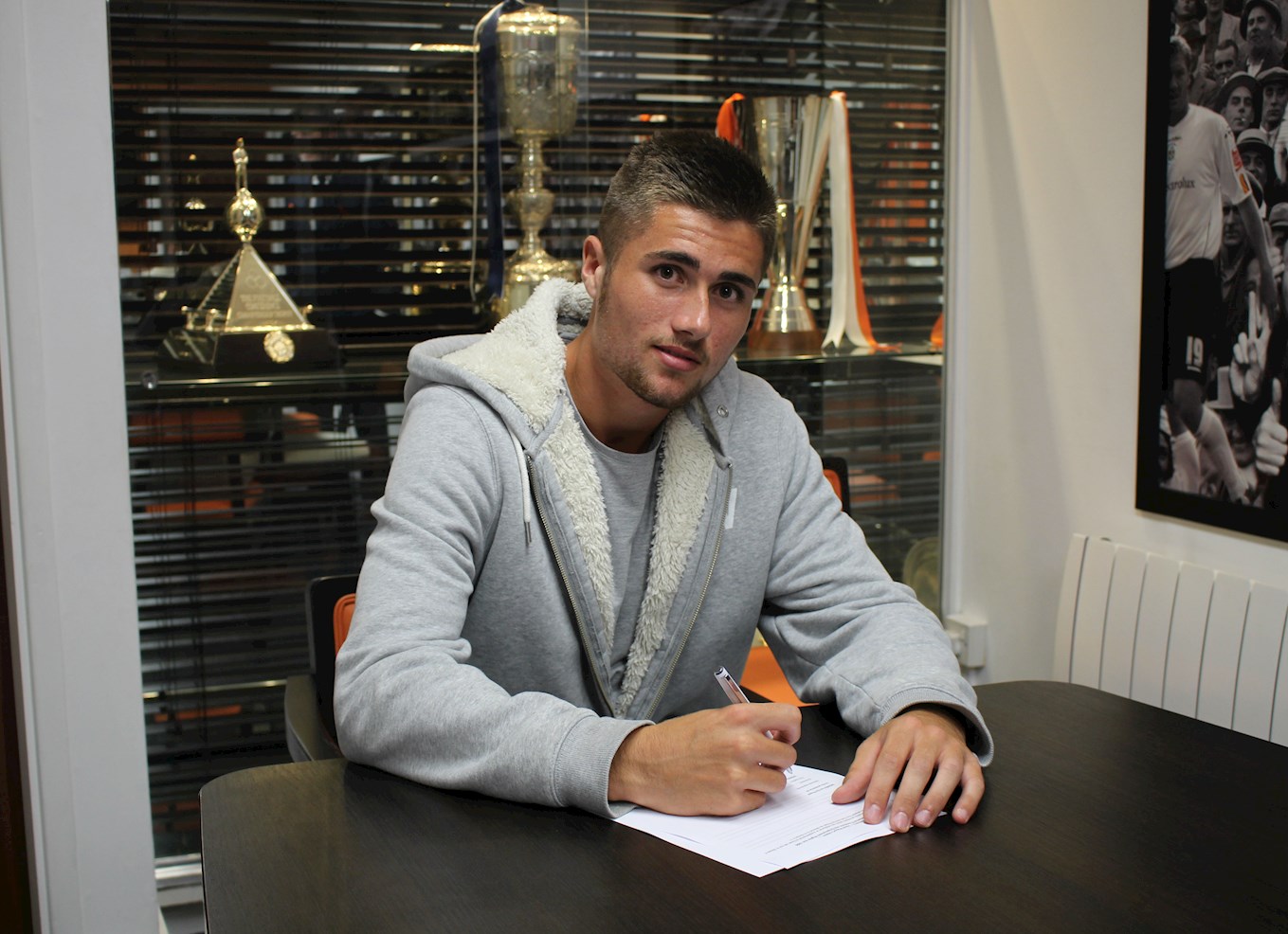 Hatters boss Nathan Jones said: “We look at all levels to see if we can find ones that we can develop when they come into our environment. This opportunity came up a few weeks ago and we’ve decided to go with it.

“We were going to maybe try to get Aaron in and have a real look at him first, but we weren’t able to do that so we are having a gamble.

“We think that he has real raw attributes that once we get to work with him, and once we give him a bit of an education, plus a different type of game time, he could turn into someone that could be very beneficial.

“We did it with Isaac Vassell. We are not saying we’re looking for the next Isaac Vassell, but we’ve got one in to develop and see if we can make him into a centre-forward for Luton.

“He has shades of Danny Hylton in him, but he’s different to Danny and the other four that we’ve got.

“We’ll assess him very quickly and if he impacts quickly, then we’ll keep him around. If not, we can always get him game time in terms of a loan.” 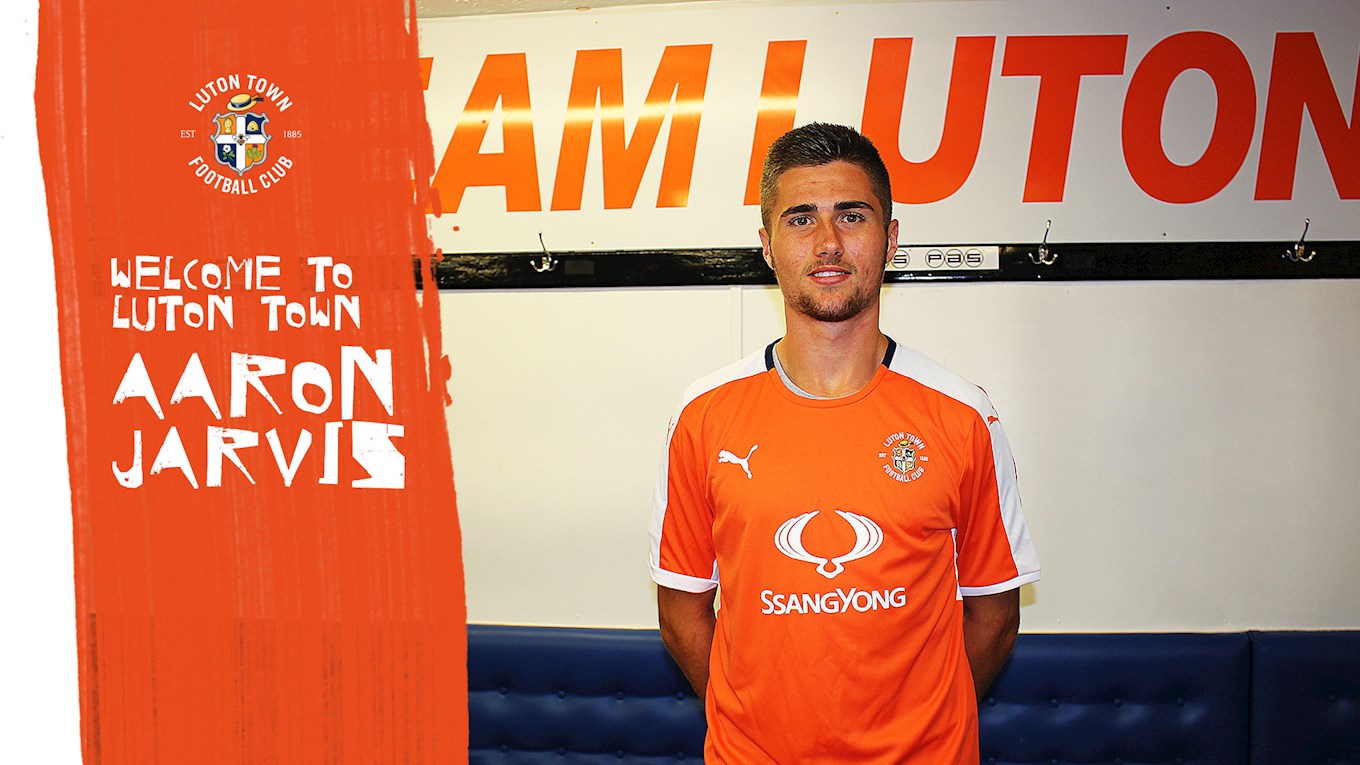 Jarvis, who has also been working in his local Tesco to supplement his football income, told of his delight at signing his first professional contract.

He said: “It’s absolutely amazing – a dream come true for me to sign my first professional contract for Luton. I’m excited to get out there now and meet the boys.

“I found out about it at 4pm today, then the final news at 5pm and quickly tried to make my way up here but got stuck on the M25 in traffic, so I arrived quite late tonight but I’m glad the deal’s done now.

“I was meant to have my work shift at Tesco tonight – but it was worth the cancel. I’ve not handed my notice in yet, but I will do soon!”

Basingstoke’s manager, the former AFC Wimbledon boss Terry Brown, gave an insight into the type of player the Hatters are signing.

He told lutontown.co.uk: “Aaron has been with the club for four years, and it’s a massive plus when we can get a boy coming through a Non-League academy to be signed by a big club like Luton. It's fantastic for the club

“For the boy, he’s not the finished article by any means, but I wouldn’t like to be the centre-halves trying to mark him and Danny Hylton.

“I had Danny coming through the ranks at Aldershot as a kid, and he was a brilliantly talented boy with a proper little naughty streak in him.

“This boy is slightly different, but he’s seriously brave. He only ever watches the ball.

“He’ll run channels all day and any cross that comes in, he’ll put his head in. He’ll fight and he’ll scrap, he’s an old-fashioned centre-forward – and there’s not many of them about any more.

“All he thinks about and breathes is professional football. That’s all he wants to do. He will give you absolutely everything and is definitely one for the future.”

All at Kenilworth Road extend a warm welcome to Aaron!