Danny Hylton netted his first goal in the Championship in injury-time to earn the Hatters another fully deserved point on the road at Bristol City tonight.

Town trailed to a second-half Nathan Baker header, despite producing a terrific first half performance in which several great chances to take the lead were spurned.

Hylton, who has undergone three knee operations in the last three seasons and then suffered a serious bout of covid after working hard to regain fitness this summer, came off the bench to tap in a 92nd-minute equaliser as Nathan Jones' side fought back for an injury-time point for the second game in a row.

When initially naming his team, manager Jones made five changes from the side that drew 2-2 at Blackburn, with Saturday's two-goal hero Luke Berry starting in midfield alongside Pelly-Ruddock Mpanzu and Henri Lansbury, the latter of whom featured against the club he left in the summer.

There were due to be three changes in defence, with captain Sonny Bradley selected to make his first start of the season, whilst Amari’i Bell and Tom Lockyer returned to the eleven - although for the second game in a row, a late change was needed moments before kick-off, with Kal Naismith back in as skipper at the heart of defence instead of Bradley.

There was also a space on the bench for Danny Hylton for the first time this season, the striker having fought back from a knee operation and covid to win his way back into the matchday squad.

Both sides had opportunities to open the scoring in an end-to-end first 15 minutes, Lockyer blocking a Cameron Pring effort in the opening 45 seconds before Cameron Jerome forced a near post block and James Bree fired inches over from 25 yards out at the end of a succession of right-wing corners at the other end.

Harry Cornick had the Hatters' best chance of that period, racing onto a slide-rule pass from Lansbury to call home keeper Dan Bentley into a fine save, before Alex Scott sent a misjudged header over Simon Sluga's bar and Andreas Weimann saw a shot blocked by a combination of Naismith and Reece Burke.

There were only 18 minutes on the clock when Nathan Baker sent a header wide for the home side, just before Cornick was stretching the Robins' defence once more, latching onto Bree's nod on from a sumptuous cross-field ball from Lansbury, only for his low cross to be turned behind for a corner right in front of Bentley's goal.

The Hatters created four glorious chances in quick succession to open the scoring around the 33rd minute, Lansbury stinging Bentley's palms from distance, Berry unable to steer the rebound home, before Mpanzu rattled the crossbar and Jerome glanced a header narrowly wide.

City boss Nigel Pearson was quick to make a tactical switch, replacing right-sided midfielder Scott with experienced forward Nahki Wells eight minutes before the break. They were soon on the attack, Tomas Kalas firing just wide with a 20-yard volley and Bree having to produce a perfectly timed sliding clearance as Pring prepared to unleash a volley at the far post.

Jerome had another golden chance to break the deadlock a minute before the interval, Cornick again tormenting the hosts' back four and pulling a low cross back into the veteran striker's path, but Bentley pawed his right-footed shot away before Lockyer hit the post with a volley from Cornick's cross two minutes into added time.

City made another change down their right side at half-time, taking off Zak Vyner and bringing Jay Dasilva on.

It was the Hatters who started in the ascendancy however, Cornick blazing a volley high over the crossbar from a tight angle within a couple of minutes of the restart.

But it was the hosts who were soon in the lead, Baker meeting Dasilva's left-wing free-kick with a glancing header that gave Sluga no chance.

Jones introduced Elijah Adebayo and Hylton for Cornick and Jerome soon after the hour, with both front men appearing to struggle with injuries having run themselves into the ground.

It was Bell who had the first sight of goal in the attempted comeback, however, Adebayo setting the left-back up for a shot into the side-netting, before Jones brought on Carlos Mendes Gomes in place of Berry ten minutes later.

The former Morecambe man soon created a chance for Bree to head back at the far post, before he forced Bentley into a smart save himself, tipping over the forward's fierce shot from a tight angle on the left.

Mendes Gomes was making inroads, and Hylton almost got on the end of his 77th-minute right-wing cross, but he had to wait another 15 minutes for his golden opportunity to arrive.

It was the moment he had waited almost two-and-a-half years for, Adebayo challenging Bentley and the ball finding its way to Mendes Gomes, who rolled it along the face of goal for Hylton to knock it over the line from all of a yard.

It was the simplest, but arguably the most popular of the 59 he now has in 149 appearances in a Luton Town shirt as "Super, super Dan" rang out from the 572 travelling Hatters behind the goal. 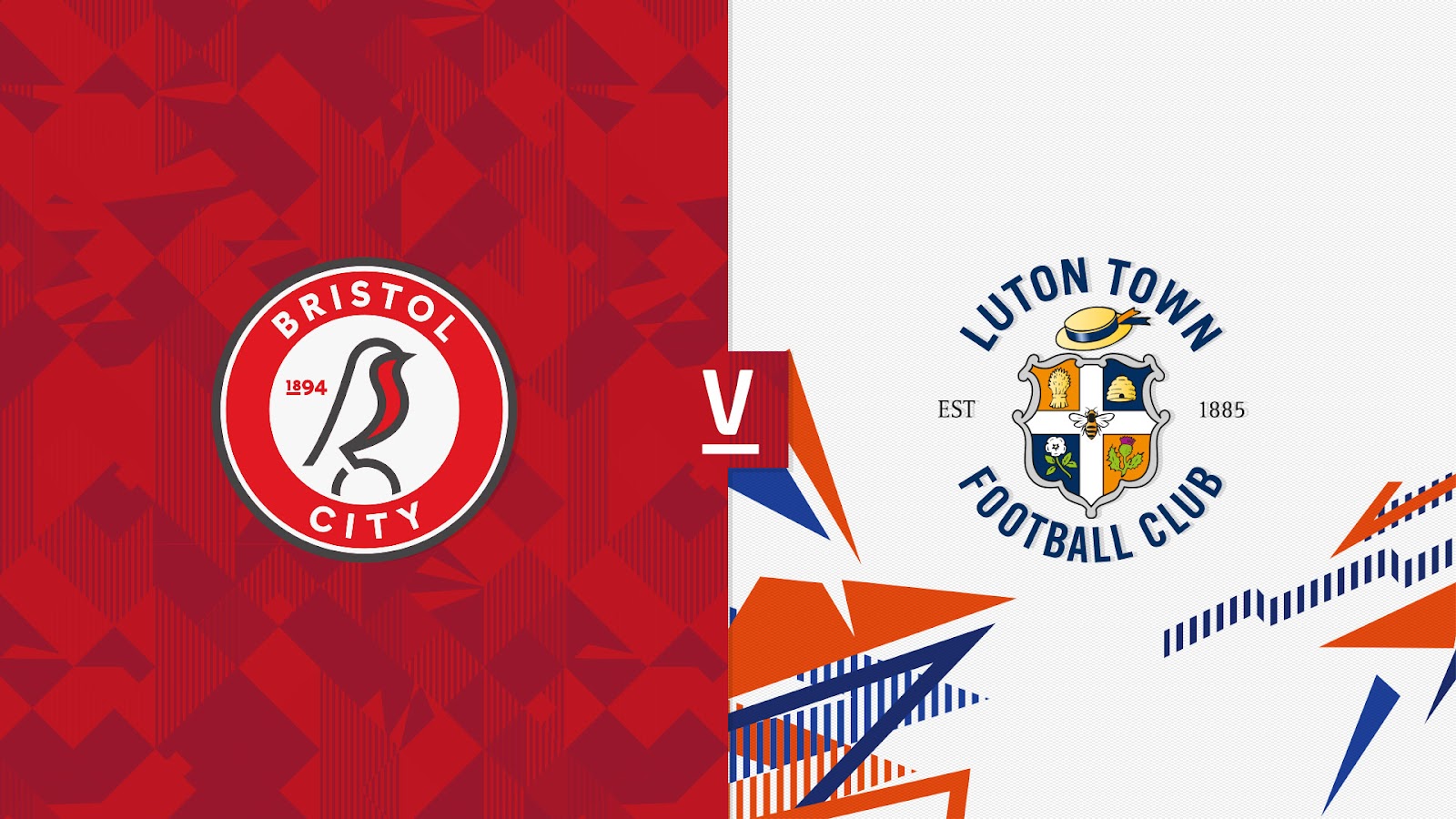 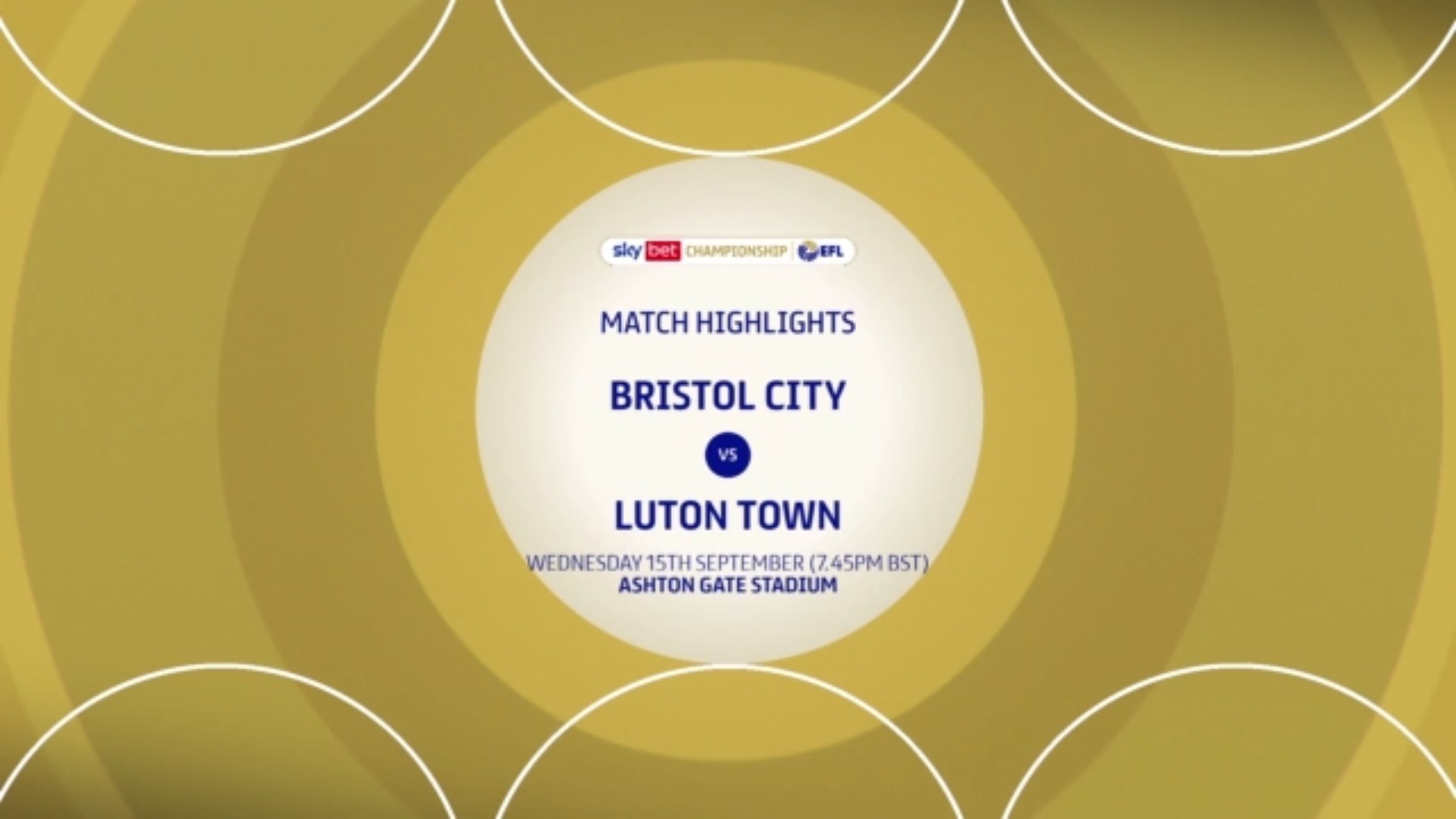 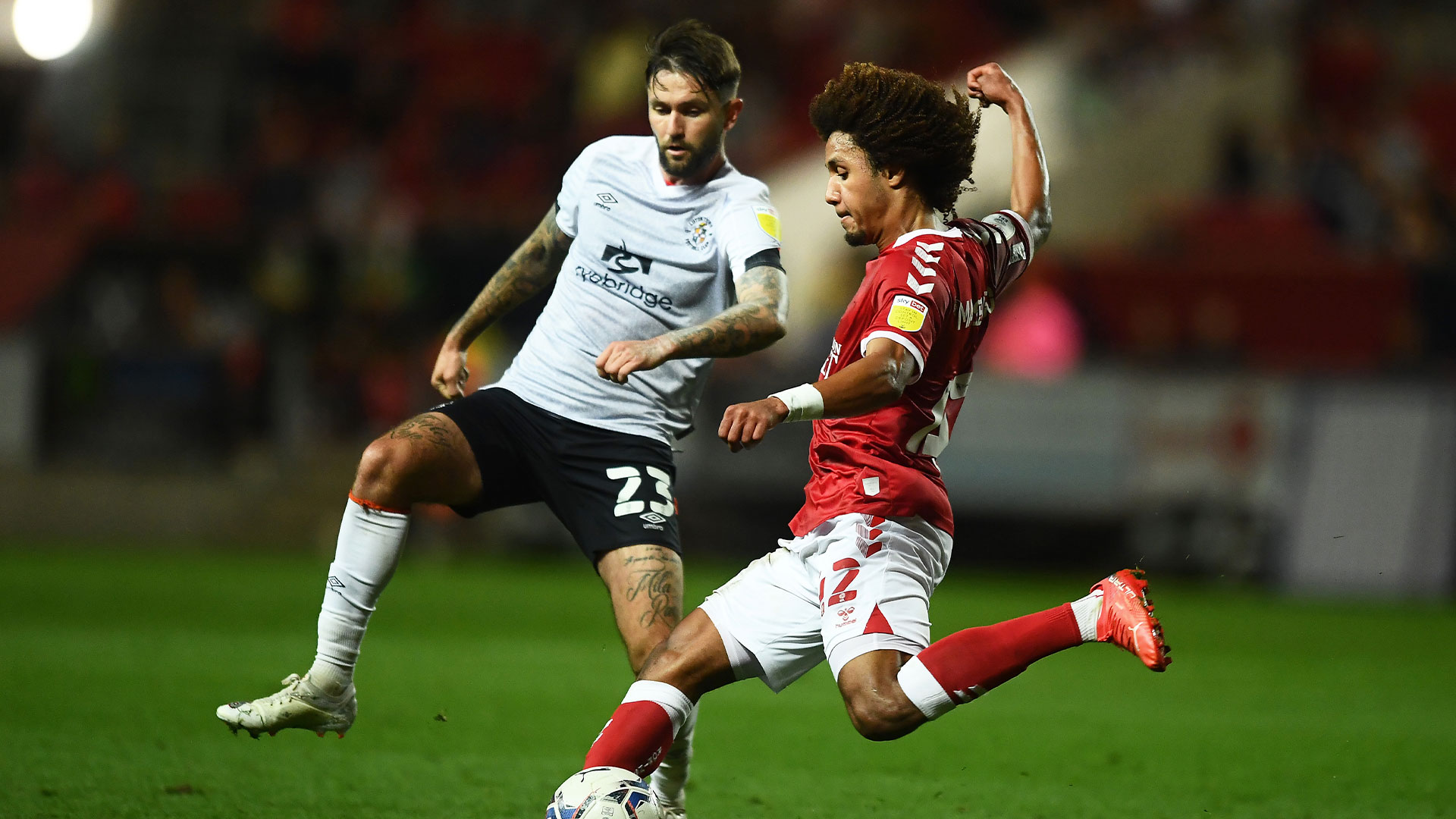