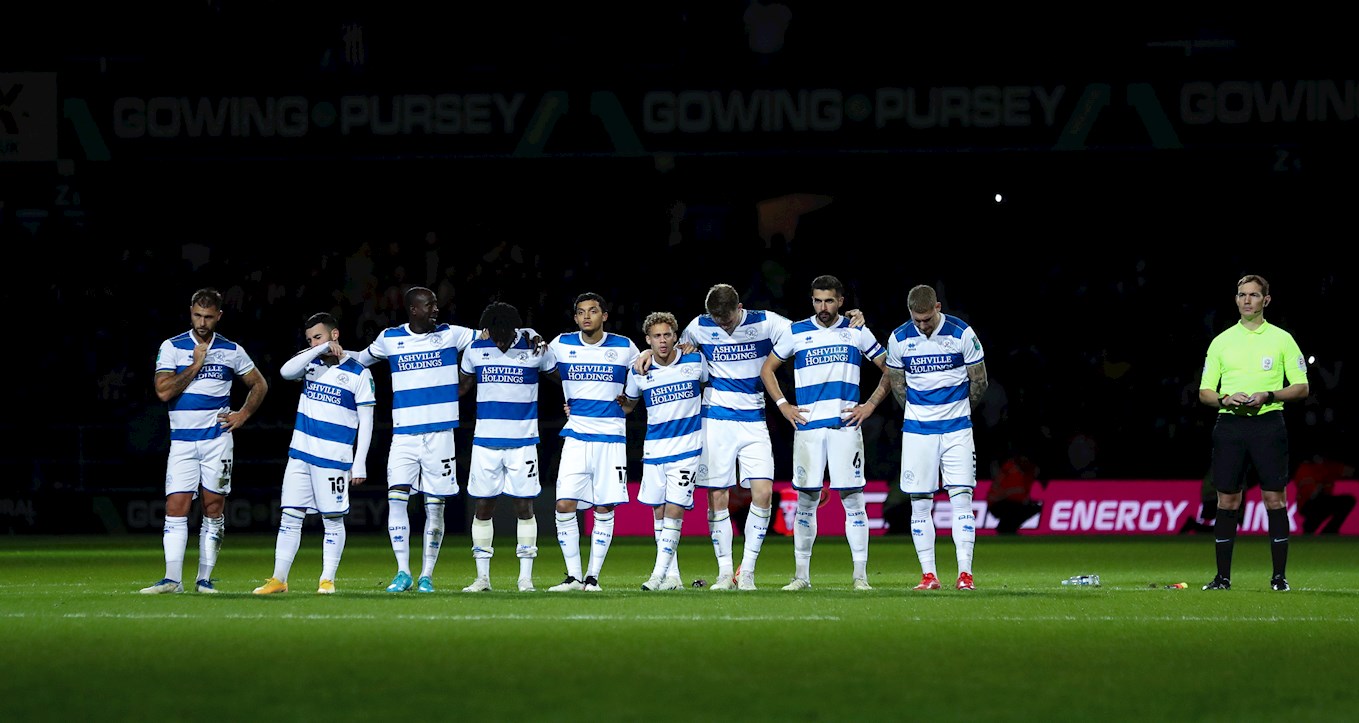 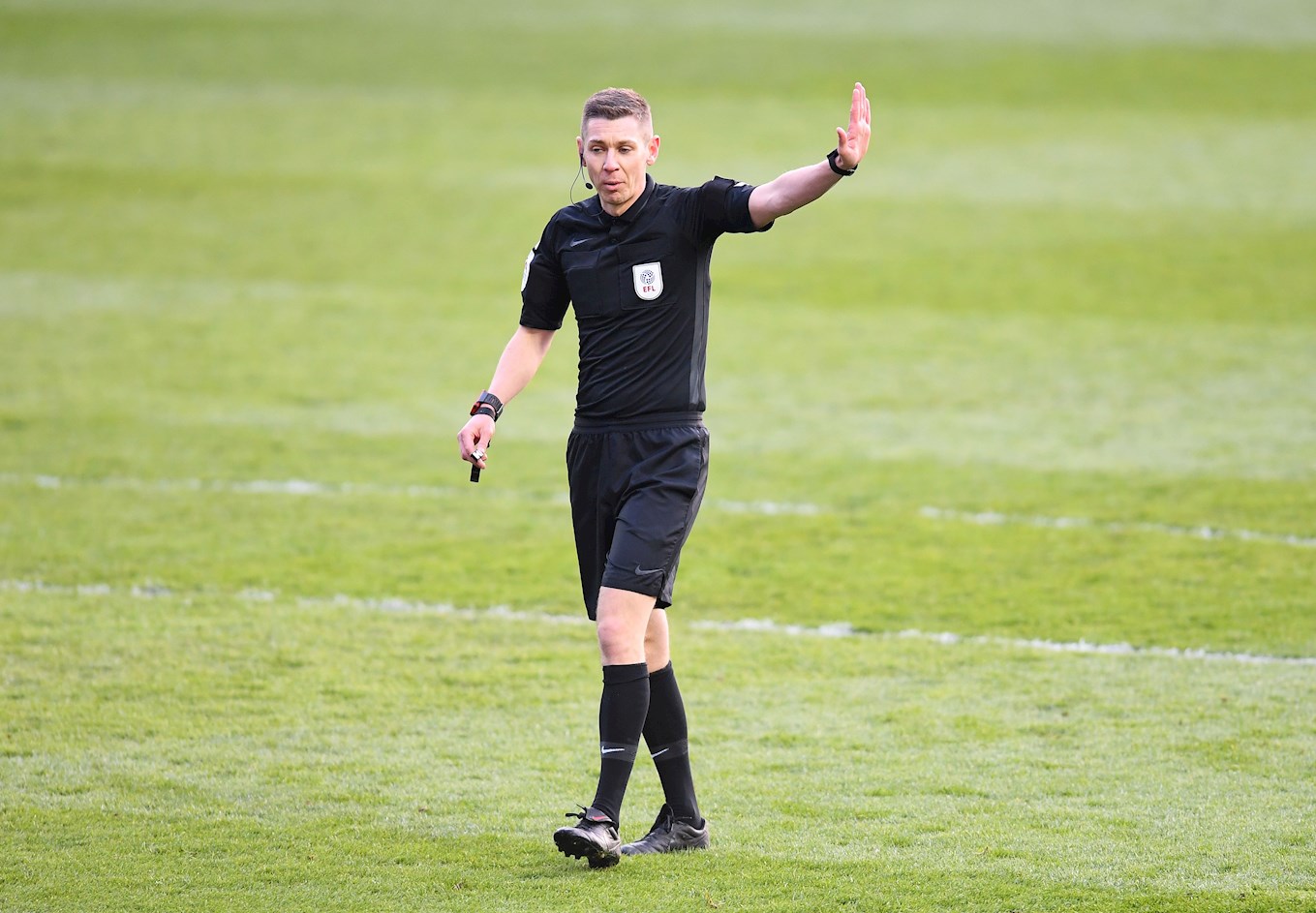 The Hatters suffered a second successive defeat in the live Sky game at Queens Park Rangers tonight, missing out on the change to leapfrog their opponents into the Championship play-off places.

Instead it was the west Londoners who cemented their position in the top six courtesy of a goal ten minutes into each half, the first from Chris Willock and second from Charlie Austin, inflicting a third defeat in four matches on the Town.

Manager Nathan Jones had made three changes from the last game played before the international break, the 1-0 home reversal against Stoke.

Fred Onyedinma was back in the starting line-up and after serving his one-match suspension, Henri Lansbury came back into the eleven alongside Allan Campbell, who made his long-awaited return from injury in the previous match.

The third change was in defence - with Tom Lockyer returning to play next to captain Sonny Bradley as the Hatters looked to win away at QPR for the first time since 1984.

The Hatters almost made a dream start when Elijah Adebayo robbed Jimmy Dunne, but couldn't take the ball around keeper Seny Dieng. Harry Cornick looked to pounce on the follow-up, but Rob Dickie managed to get a block in, with the goal gaping.

That was in the third minute, but QPR were quick to remind Simon Sluga and his defence of their attacking threat, Ilias Chair trying his luck from 25 yards, but his right-footed drive just clearing the bar.

The ball was in the back of his net on ten minutes, however, when Rangers broke from defending a Town corner, with one ball from the edge of their own box releasing Willock, who lobbed the onrushing Croatian from just outside the other area for 1-0.

Lansbury was the first into referee Matthew Donohue's book for a foul on Chair, with his foot raised inside the Hoops box.

Town had started well in an end-to-end opening period, and after Lee Wallace had curled one wide of Sluga's left post, Cornick raced into the Rangers area and forced Dieng into a smart save at his near post, before he set Adebayo up to cut inside and fire at goal, only for Yoann Barbet to get back and block.

Onyedinma was having some joy down the other flank too, and when Kal Naismith clipped a lovely ball into the Rangers area for him to run onto, the left wing-back lifted his shot over the bar before being clattered by Dieng, well after the ball had gone.

Austin cut in from the left and fired wide of Sluga's goal on 25 minutes, then Cornick burst to the right byline once more, but his cut-back just eluded Campbell.

Despite trailing at the break, there was more than enough in the game to suggest to the Hatters that they could take something back to Bedfordshire.

Within five minutes of the restart, they might have been level, Bree delivering two perfect crosses from the right - the first a corner that Lockyer headed at goal, only for it to be cleared off the post, and the second a drilled centre that Naismith met with a firm header that hit the side netting.

Next to have a go was Onyedinma, dancing in from the left touchline at the end of a fine passing move, but hitting a right-footed shot well over the bar into the 2,452 travelling Town fans.

By the 55th minute, the hosts were 2-0 up. Bradley was harshly penalised for a foul on Willock by the corner flag, picking up a booking in the process, and Austin was there to send a header past Sluga from Rangers' second phase cross into the Town box.

Jones made his first change on 68 minutes, replacing Cornick with Admiral Muskwe as part of a front three with Adebayo and Onyedinma.

Austin went into the book for a foul on Onyedinma as the Hatters looked to build another attack down the right, and although Bree's outswinging free-kick caused concern in the Rangers box, Naismith couldn't get his shot off and Bradley's attempted cross for Muskwe was too strong.

Cameron Jerome was introduced in place of Campbell with just over ten minutes to go, at the same time as Rangers withdrew their second goalscorer Austin and just before they took off Albert Adomah.

But there was no way through Rangers' well-organised backline, and the hosts saw the game out to move up to fifth in the table. 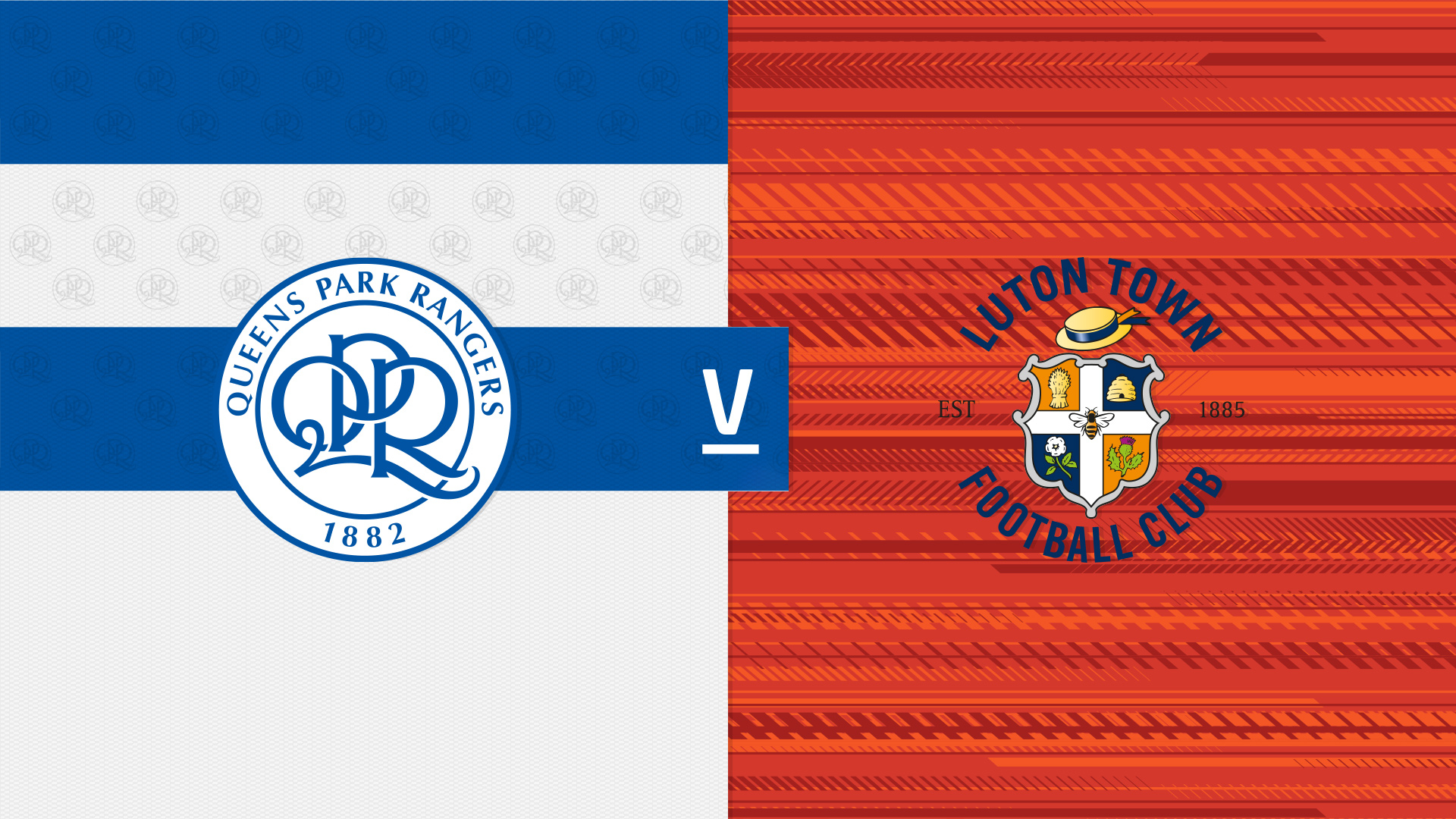 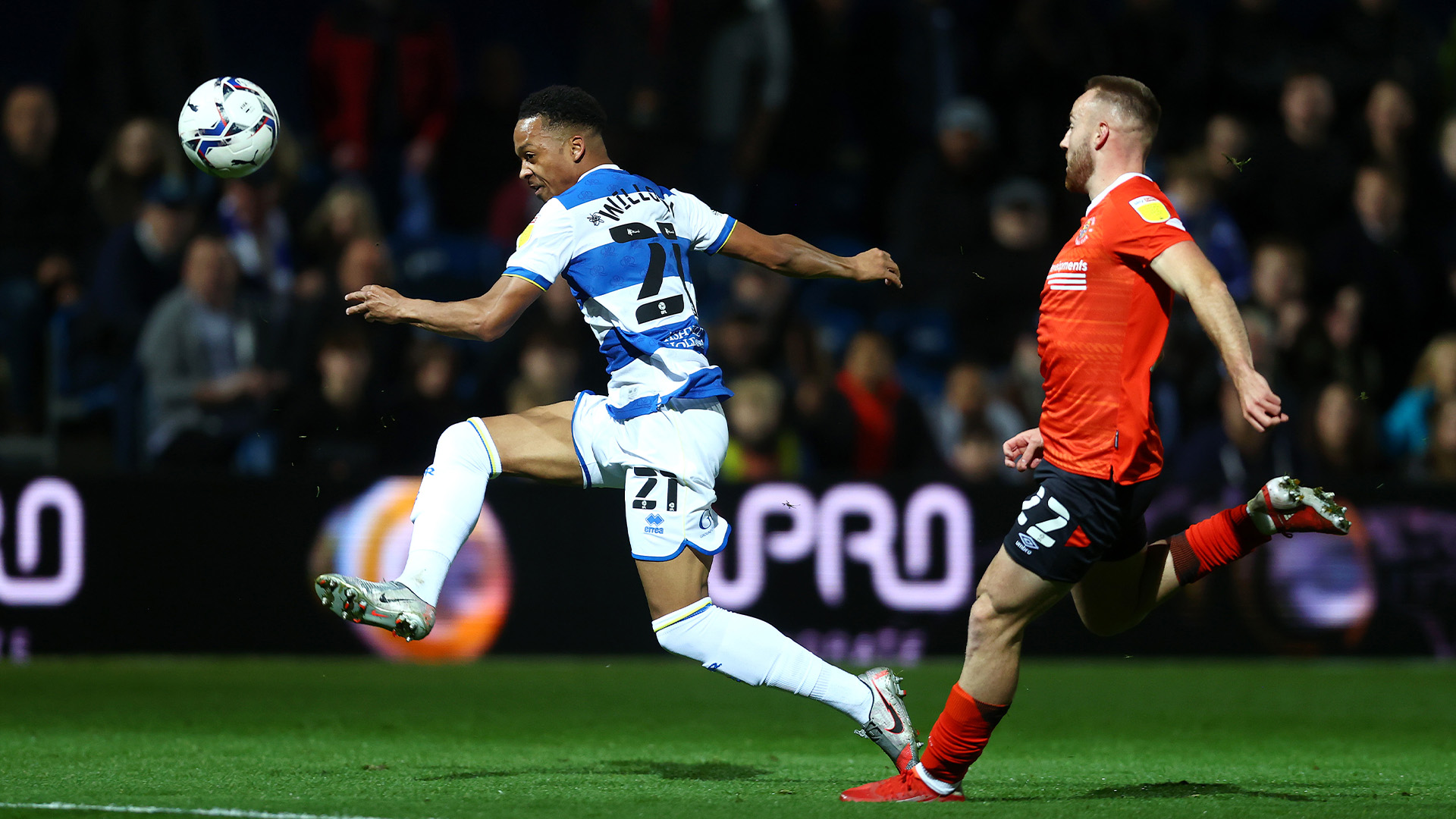 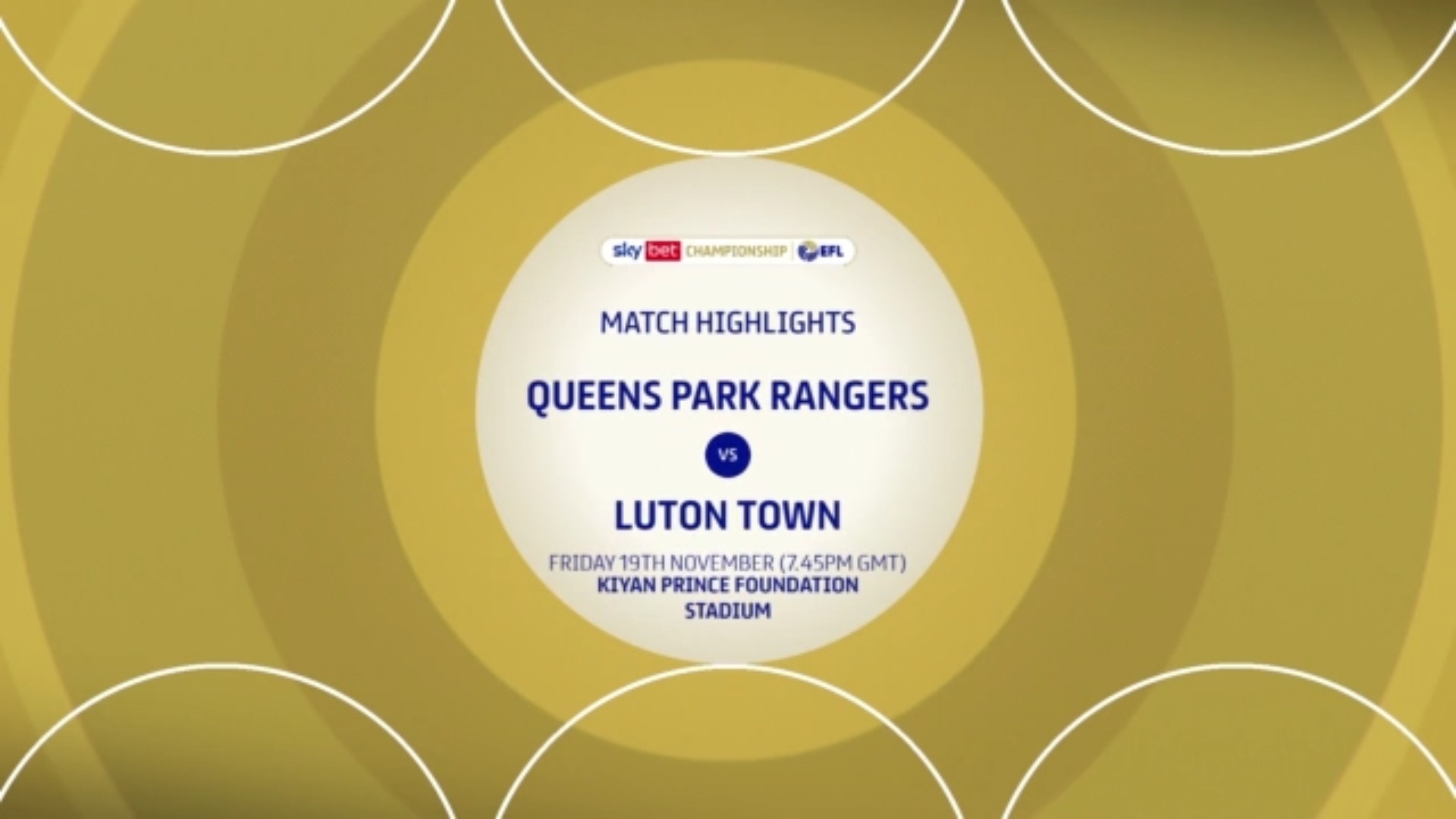