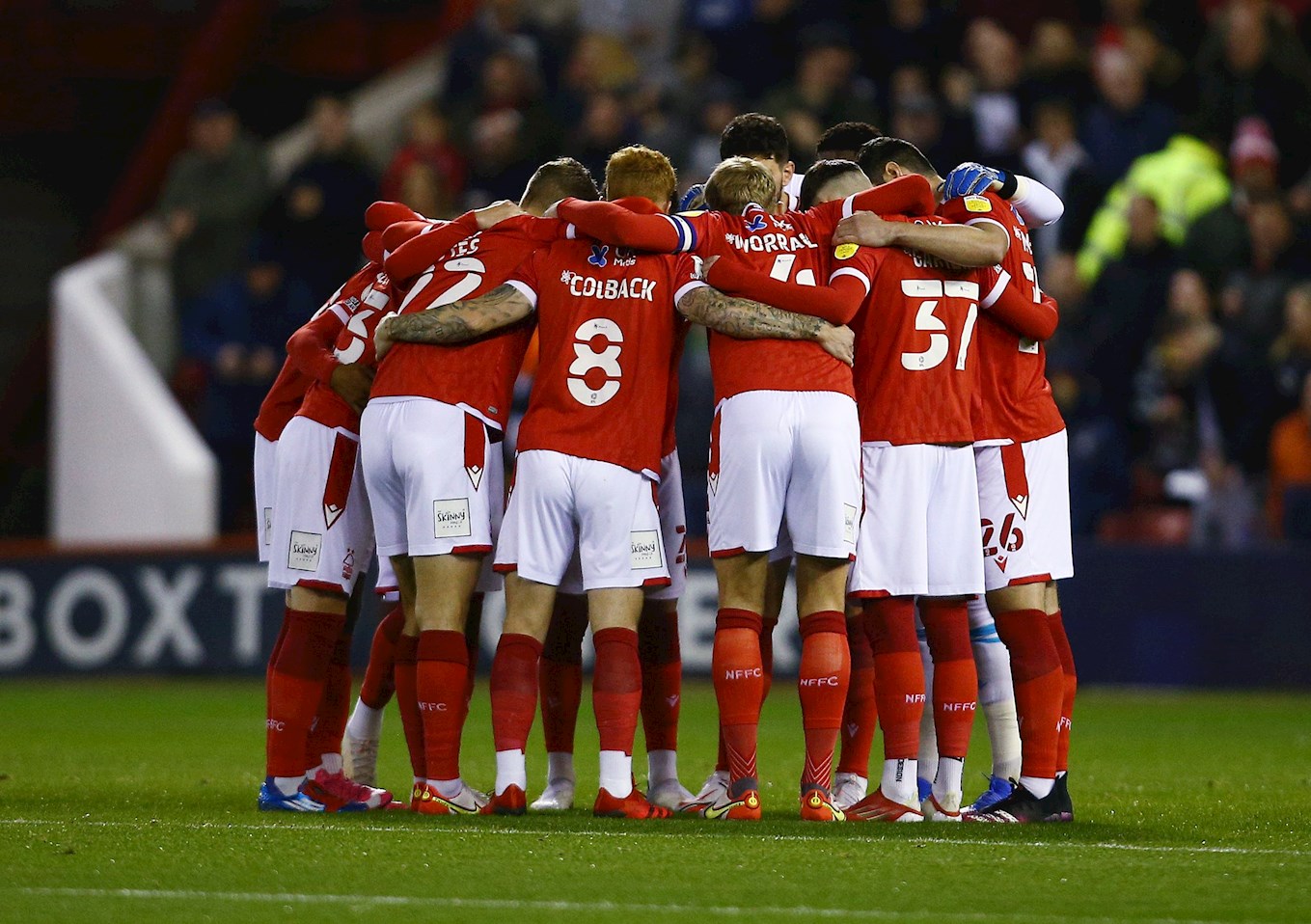 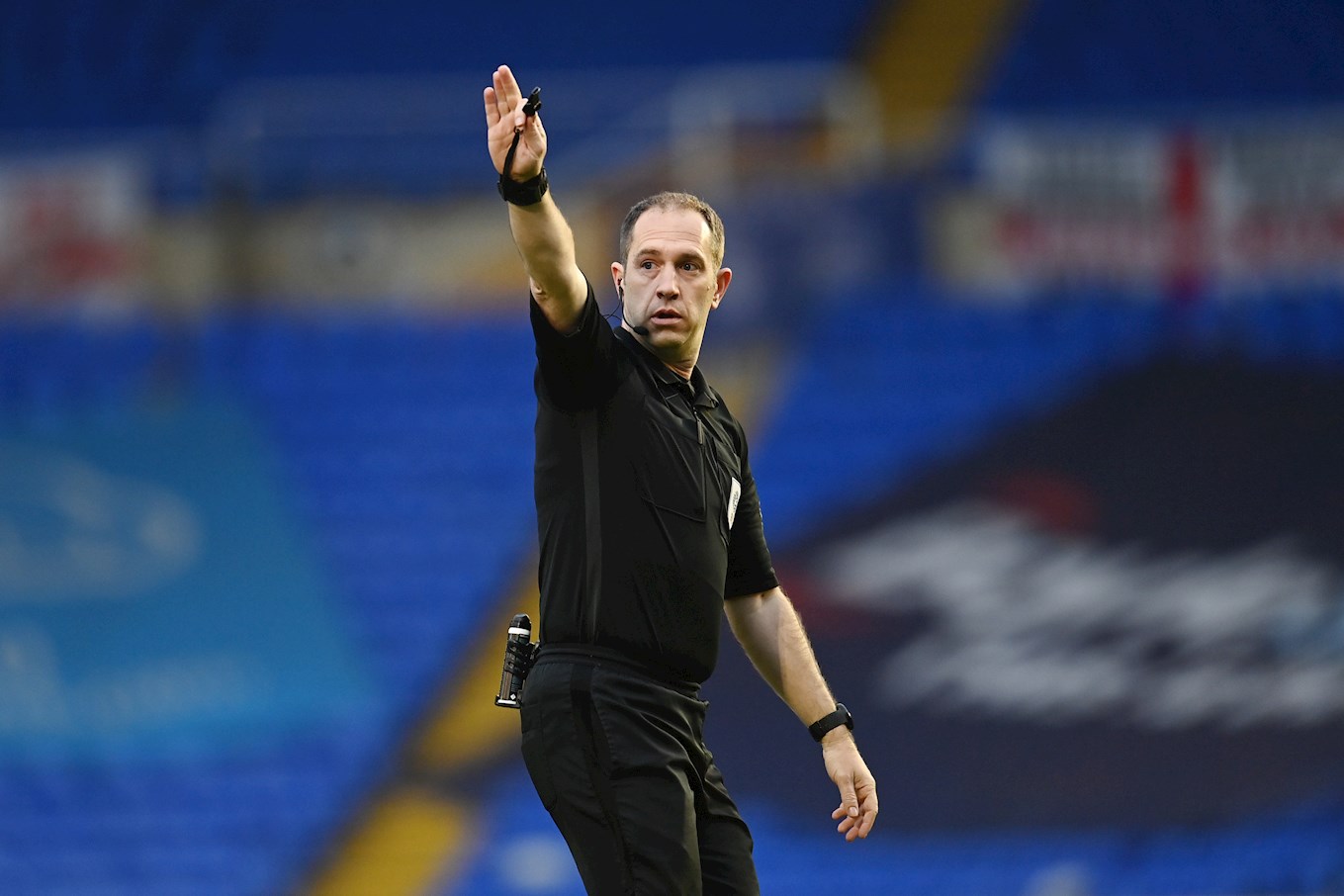 The Hatters had to settle for a point at Nottingham Forest tonight, after Elijah Adebayo saw a second-half penalty saved with the hosts reduced to ten men following Jack Colback's sending off.

Adebayo missed out on the opportunity to net his ninth goal of the season from 12 yards, with Reds keeper Brice Samba saving with his foot on the hour, with the point enough to end the Town's two-match losing run.

Manager Nathan Jones made two changes to the side that was beaten 2-0 at QPR last Friday, with goalkeeper Simon Sluga missing out tonight having been identified as a close contact of someone who tested positive for Covid-19 while he was away on international duty with Croatia.

The 28-year-old was alerted over the weekend and must isolate until later this week, so James Shea comes into the line-up for his first league start of the season, and 87th appearance of his Luton Town career.

Admiral Muskwe came in for Harry Cornick as the other change, as the Hatters sought to end a run of successive defeats.

Forest had the game's first sight of goal, Philip Zinckernagel cutting in from the left but seeing his attempted curler deflected wide for a corner.

The Hatters dealt with that, and almost got Fred Onyedinma and Admiral Muskwe into promising positions in the Reds' box, before James Garner and Scott McKenna, with a  header, sent efforts narrowly over Shea's bar.

The Town goalkeeper had littlt to deal with in the opening half of his first league appearance since Boxing Day, but what he had to do - a punch clear and a few clearances - he did with confidence.

It was a half when chances were few and far between, but Allan Campbell and former Henri Lansbury - on his return to the City Ground - were relishing the midfield battle, the Scot dragging one shot well wide and the former Forest man seeing his effort from the edge of box blocked by Jack Colback on the stroke of half-time.

Tom Lockyer picked up a yellow card for a handball preventing a Forest breakaway just before the interval, then home left-back Colback joined him in ref Jeremy Simpson's notepad for a cynical trip on Muskwe just after the restart.

Shea had to be alert to keep out a low shot from Lyle Taylor as the Forest striker looked to take advantage of a heavy touch by his former Charlton team-mate Lockyer on 51 minutes, then McKenna was booked for dragging Onyedinma back on the halfway line.

Zinckernagel bent one just over the bar, before the game's big moment came on the hour. Colback thought he had earned a goal-kick as Onyedinma tried to take him on by the right byline, believing the ball had come off the Town winger.

Ref Simpson and assistant Natalie Aspinall felt differently, and from the resulting corner, Colback pulled Lockyer to the ground and Simpson pointed to the spot, showing the Forest player a second yellow card.

Adebayo stepped up to take the penalty, only to see it turned over the bar by keeper Brice Samba's trailing leg - with the Forest stopper having moved well off his line before the ball was kicked.

Town might have had another penalty moments later, in the 64th minute, when Onyedinma nicked the ball in front of newly-introduced sub Tobias Figueiredo and was tripped on the very edge of the box. This time Simpson kept his whistle out of his mouth, and Naismith fired well over the bar from the loose ball.

Zinckernagel looked to have tricked his way past Pelly-Ruddock Mpanzu in the 68th minute, and went to ground in the box, but referee Simpson rightly awarded a free-kick as the initial contact took place outside the penalty area.

Town defended the free-kick well, and after Lockyer had headed well over, Jones made his first changes with just over 15 minutes to go - Cornick and Jordan Clark introduced for Muskwe and Lansbury.

Within seconds Clark got on the ball, traded passes with Bradley and then sent in a low left-footed shot that fizzed just wide of Samba's left post.

Jones threw Danny Hylton on in place of Adebayo as they sought a winner, but it was Forest keeper Samba who proved the difference with a stunning save from Naismith's volley deep into injury-time, meaning the Hatters had to settle for a point. 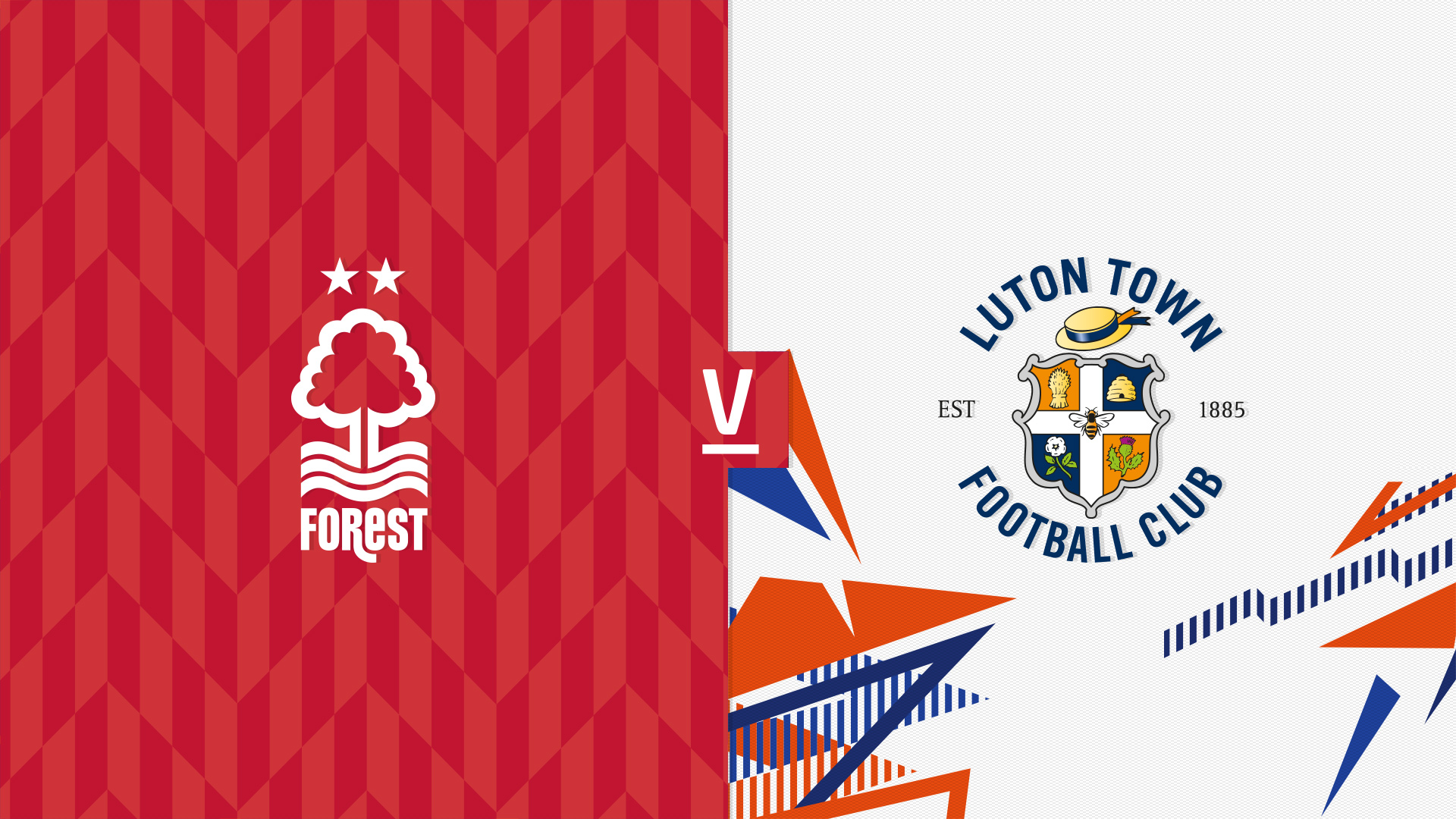 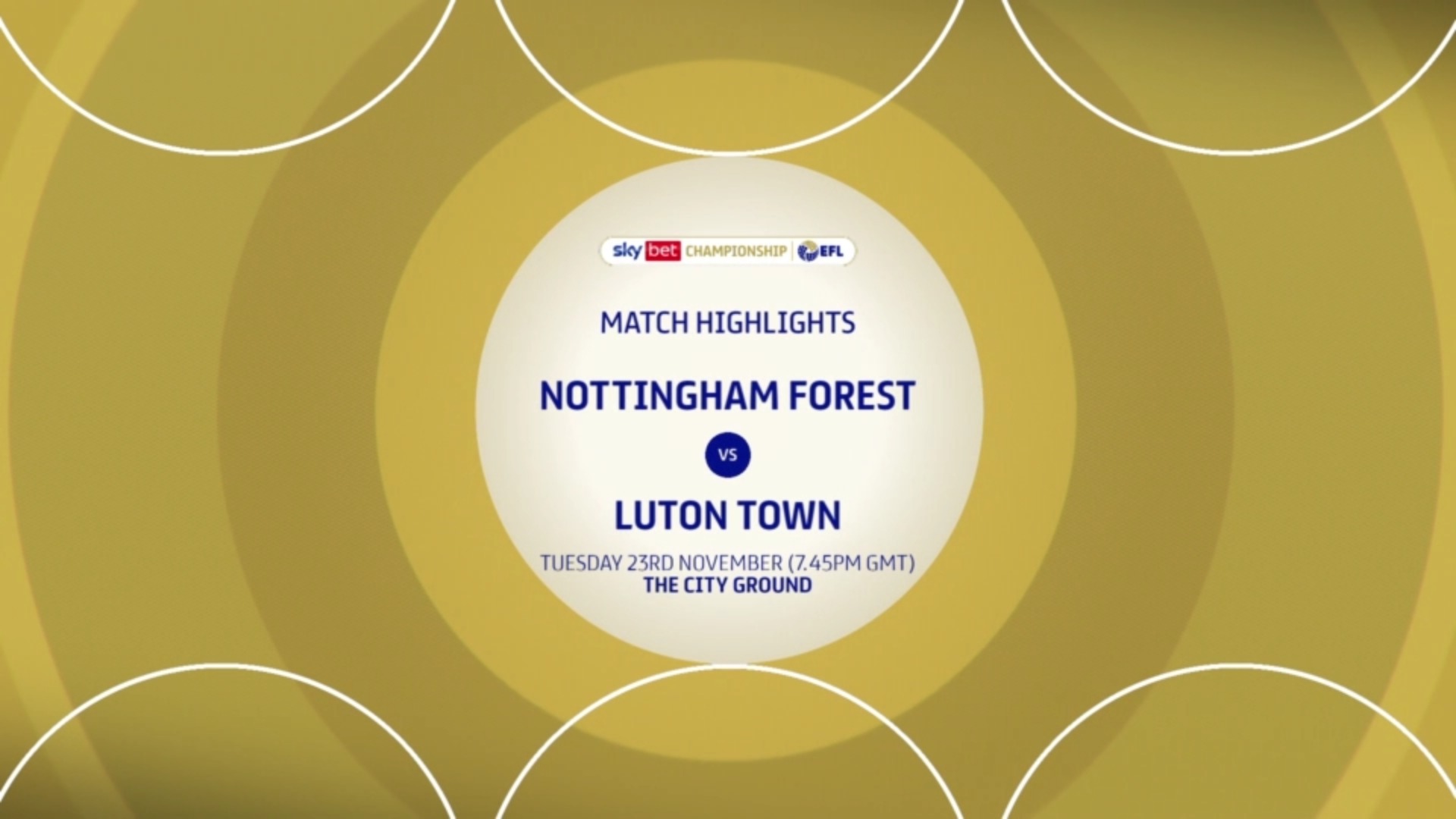 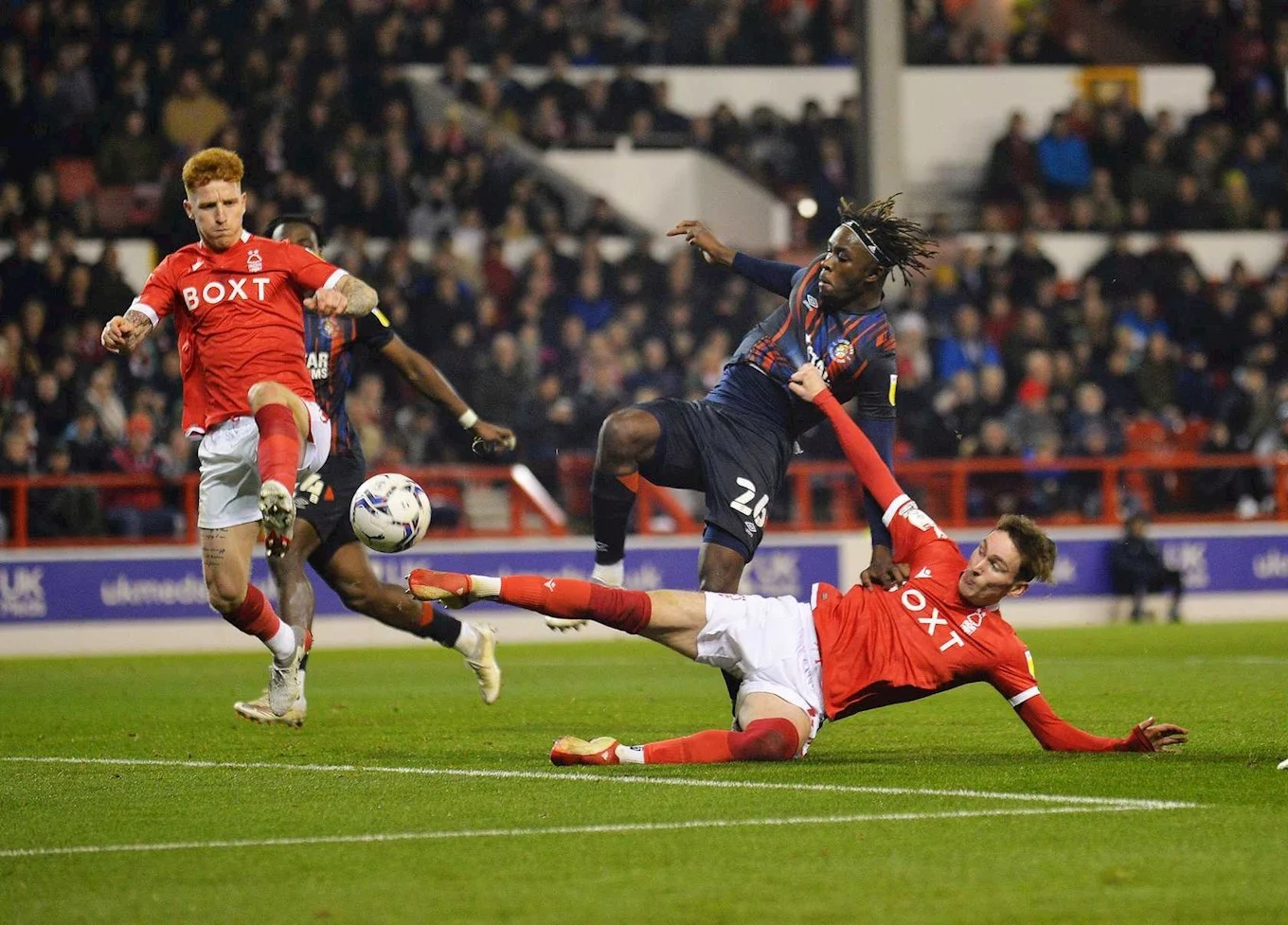