The Hatters came from a goal down at half-time to return to winning ways, and the Championship play-off places, in emphatic style against Middlesbrough under the Kenilworth Road tonight.

Three goals in five second-half minutes turned the game on its head as the Sky cameras got another super show from skipper Sonny Bradley, scoring his fourth Hatters goal, all of which have come in live matches, with Elijah Adebayo and Harry Cornick joining in too.

Manager Nathan Jones made five changes to the side that lost 2-0 at Preston on Saturday, Elijah Adebayo returning to the starting line-up after missing out at the weekend, partnered with Harry Cornick up top.

Reece Burke and Dan Potts returned to defence, the latter starting for only the second time this season.

Pelly-Ruddock Mpanzu was joined in midfield by Henri Lansbury and Gabe Osho, with the former Reading player featuring for the first time since the 5-0 win against Coventry City.

The Hatters started brightly, James Bree getting to the byline in the opening two minutes, before crossing from wide on the right in the 15th minute, after being set up by Mpanzu at the end of a smart Town move.

It came to nothing, however, with Boro keeper Luke Daniels gathering at his near post and setting the visitors immediately on the attack for the opening goal, with Andraz Sporar breaking down the right and crossing for teenager Josh Coburn to slide in and finish from close range.

Cornick tried to lead a response, cutting in from the left and bending a 25-yarder towards Daniels' goal, but it was always rising and never likely to trouble the visiting keeper.

Potts and Bree were both quickly into referee Tim Robinson's notepad, for fouls on Isaiah Jones and Onel Hernandez, but it took a while for another opening to arrive, Cornick again trying his luck from the left side of the area, another attempted curler deflected behind for a corner.

Boro striker Matt Crooks was next into the book, for a foul on Adebayo, but it was Cornick again who had the Town's next chance to draw level, firing a volley agonisingly across the face of goal on 41 minutes, before a long throw of his caused havoc in the first minute of added time.

Burke flicked on and Bree and Adebayo arrived at virtually the same time at the far post, the former's stabbed effort deflecting off the top scorer's chest and heading goalwards, only for Boro captain Jonny Howson to hook it clear off the line.

Jones resisted the temptation to change anything at half-time, but introduced Fred Onyedinma on the left in place of Potts in the 55th minute.

Within two minutes the Hatters were level, and it was captain Bradley, who loves playing in live Sky matches, who got it. Bree delivered the right-wing corner and the centre-half headed past Daniels, with the aid of a deflection, for his first goal of the season.

It was his fourth for the club, all of which have come in live matches, since his first in the 3-3 opening night draw with Boro in August 2019.

By the hour mark, the Town were ahead and it was Adebayo, at the second attempt after his first had been blocked and Mpanzu kept the ball alive on the edge of the box, who slotted the ball beyond Daniels into the bottom corner of the net.

And two minutes later it was three, as Cornick raced onto Marcus Tavernier's loose back pass and clear of the Boro defence to finish coolly past the Boro keeper, again into the bottom corner, for his seventh of the season.

Cornick left the pitch to a standing ovation with ten minutes left, replaced by Danny Hylton who was making his 150th appearance for the club.

The crowd reeled off the talismanic striker's songs, then gave man-of-the-match Adebayo a standing ovation as he was taken off, as the Hatters saw the win out to move up to sixth in the table ahead of Saturday's visit of Stoke. 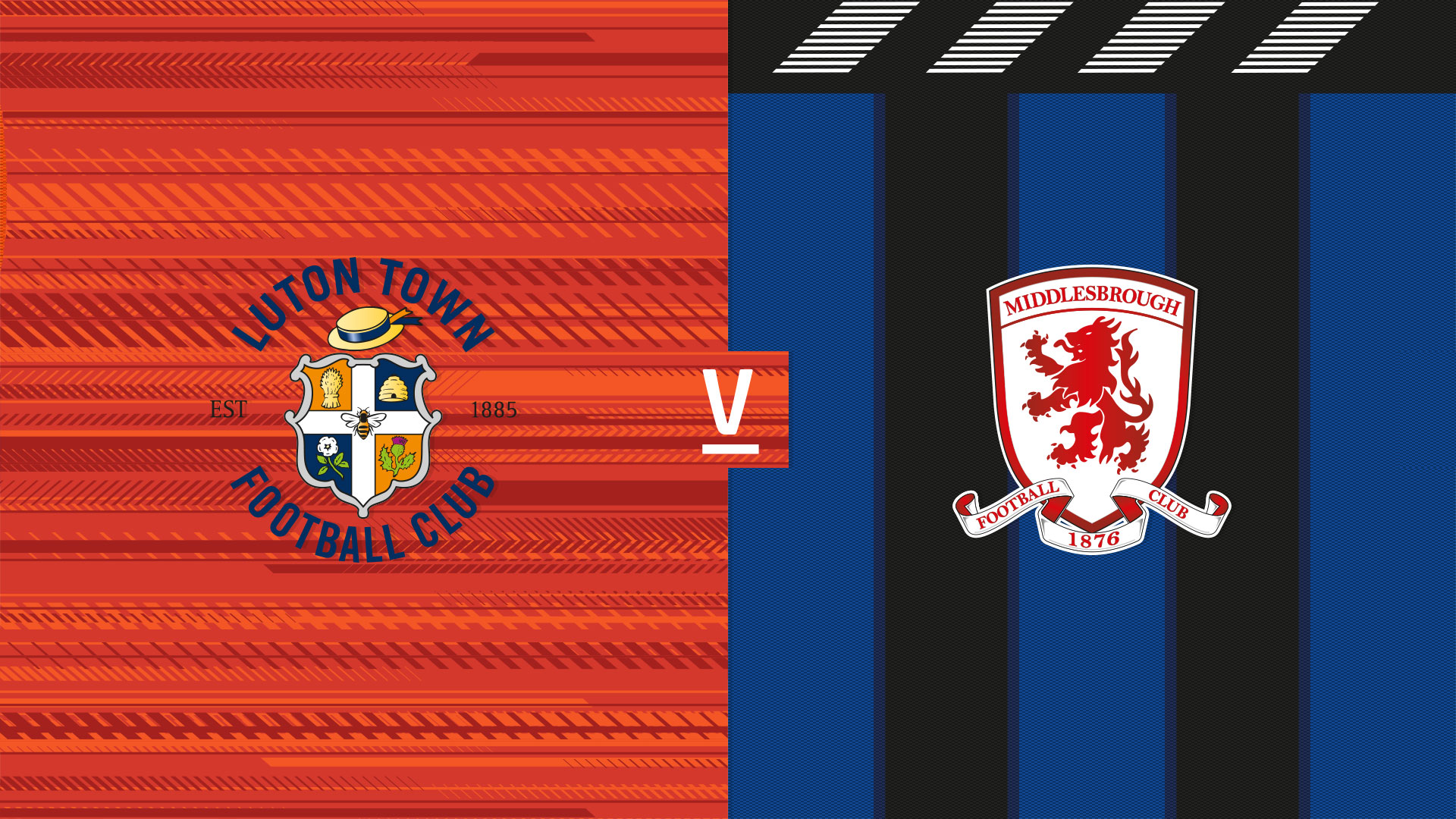 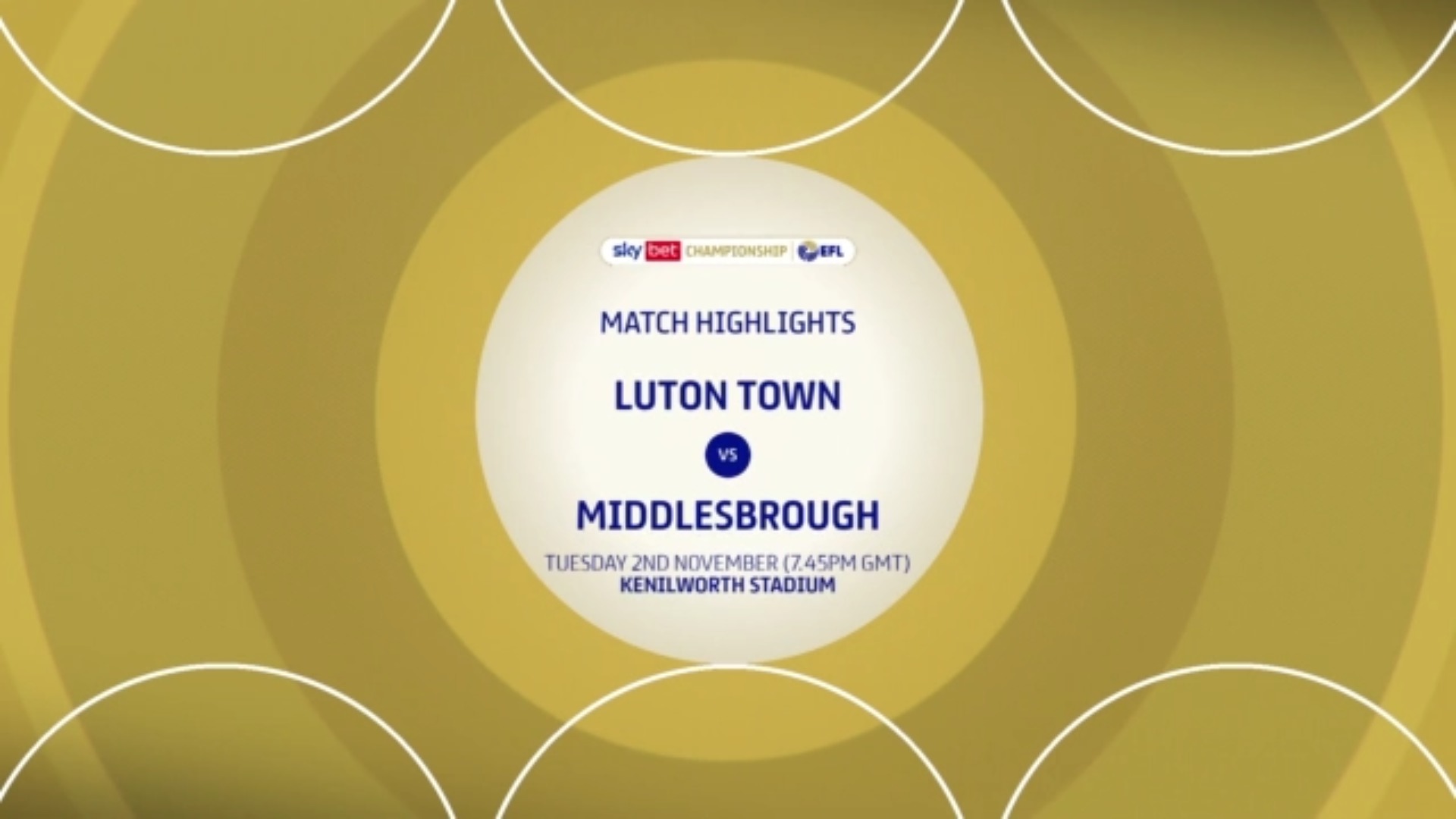 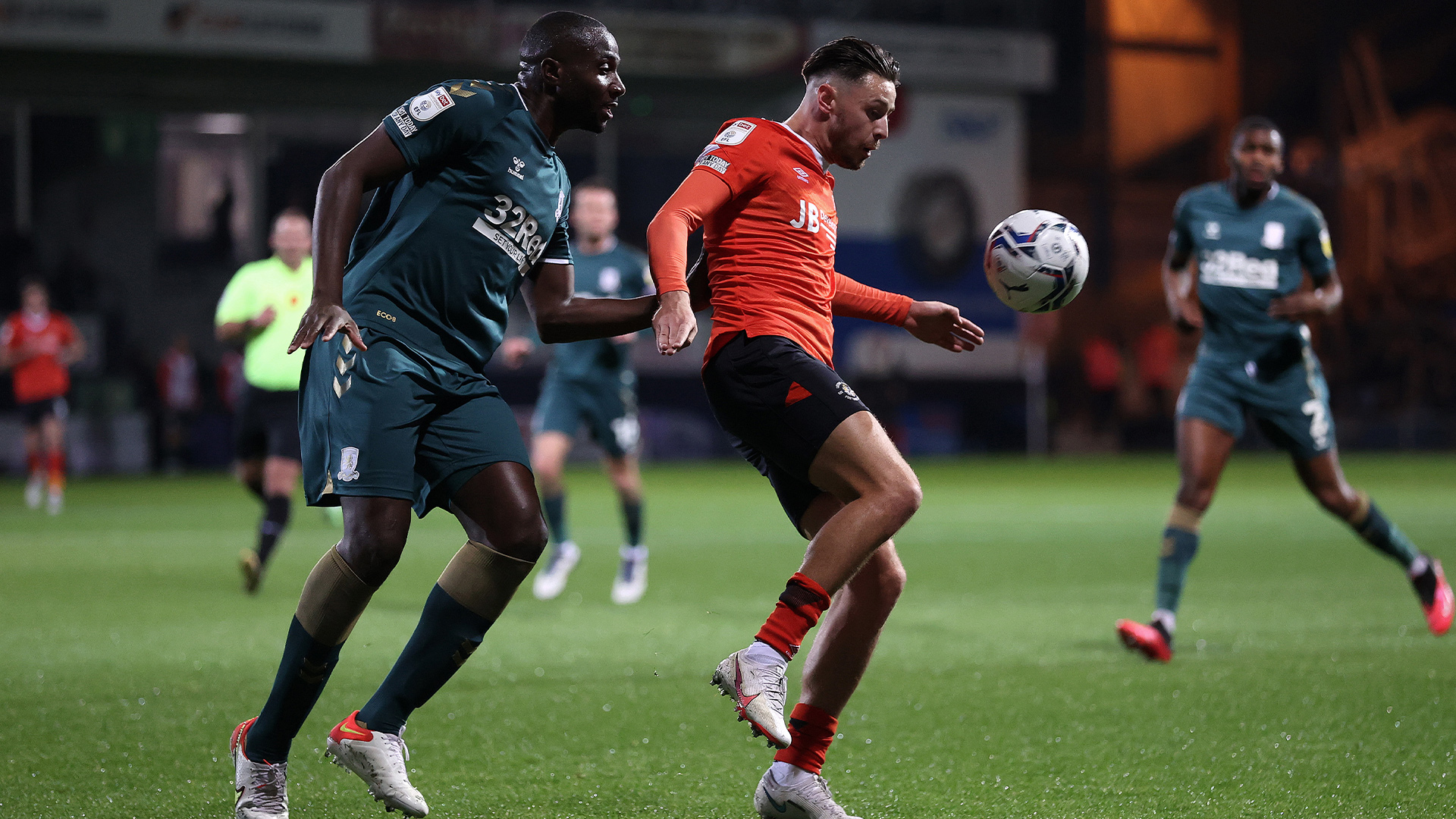