The Hatters take on Preston North End under the Kenilworth Road lights on Wednesday evening.

Looking to regain their place in the play-off positions after disappointment against QPR on Sunday, Town will have to be at their best with Preston coming into the game with a four-game unbeaten run to their name. 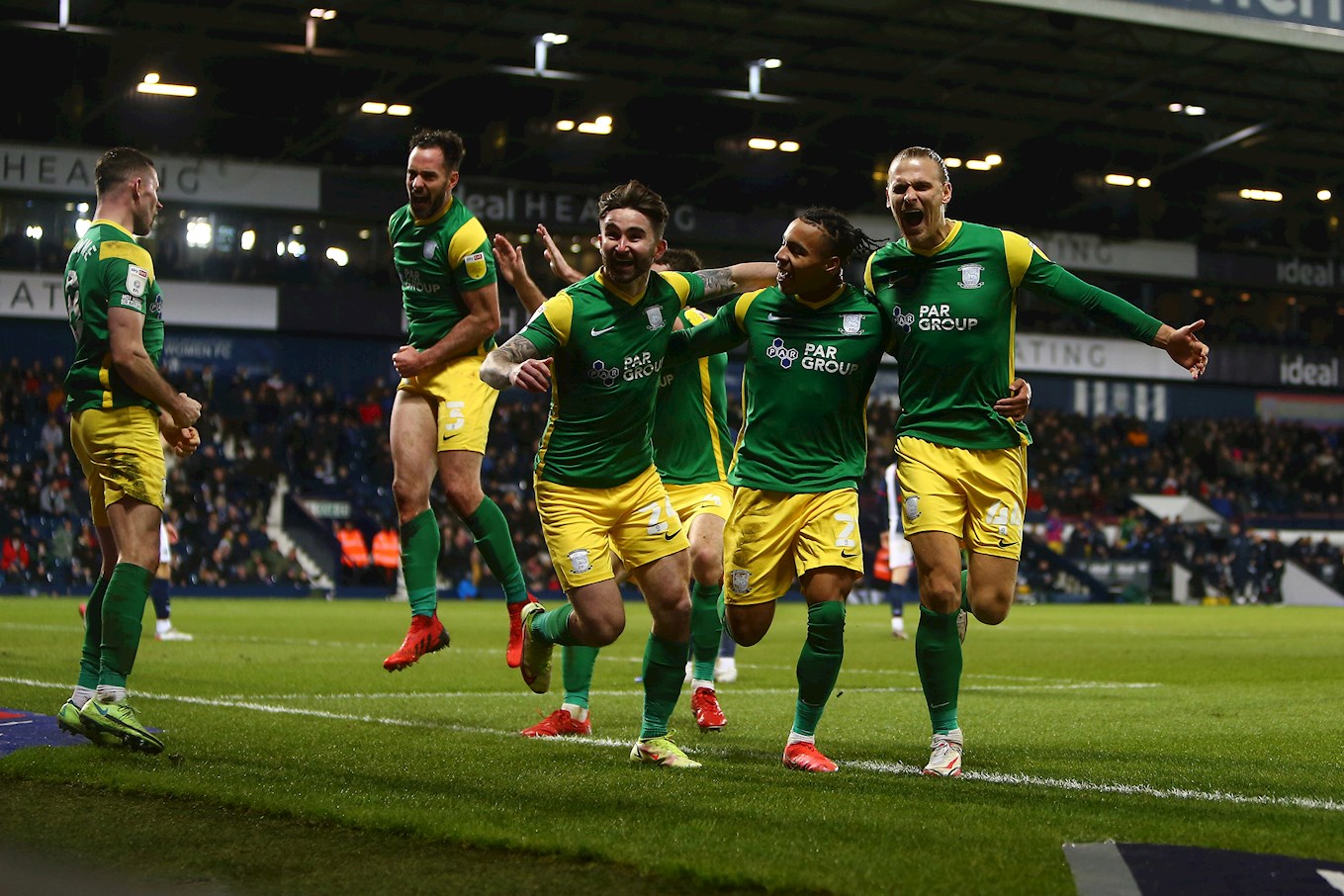 Preston North End have enjoyed an upturn in form since Ryan Lowe took the hotseat in December.

With three draws and a win in their last four outings, the Lilywhites have proven to be a tricky opposition, only conceding two goals in the process.

In attack, Emil Riis Jakobsen has been the big hitter in front of goal, with 17 goals to his name in all competitions.

Preston were 2-0 winners back in October in the last meeting, however the fixture at Kenilworth Road last year was a more memorable one for Luton.

As well as having 2,000 home supporters back for the first time, James Collins scored a hat-trick to mark Nathan Jones' 200th match in charge with his 100th victory. 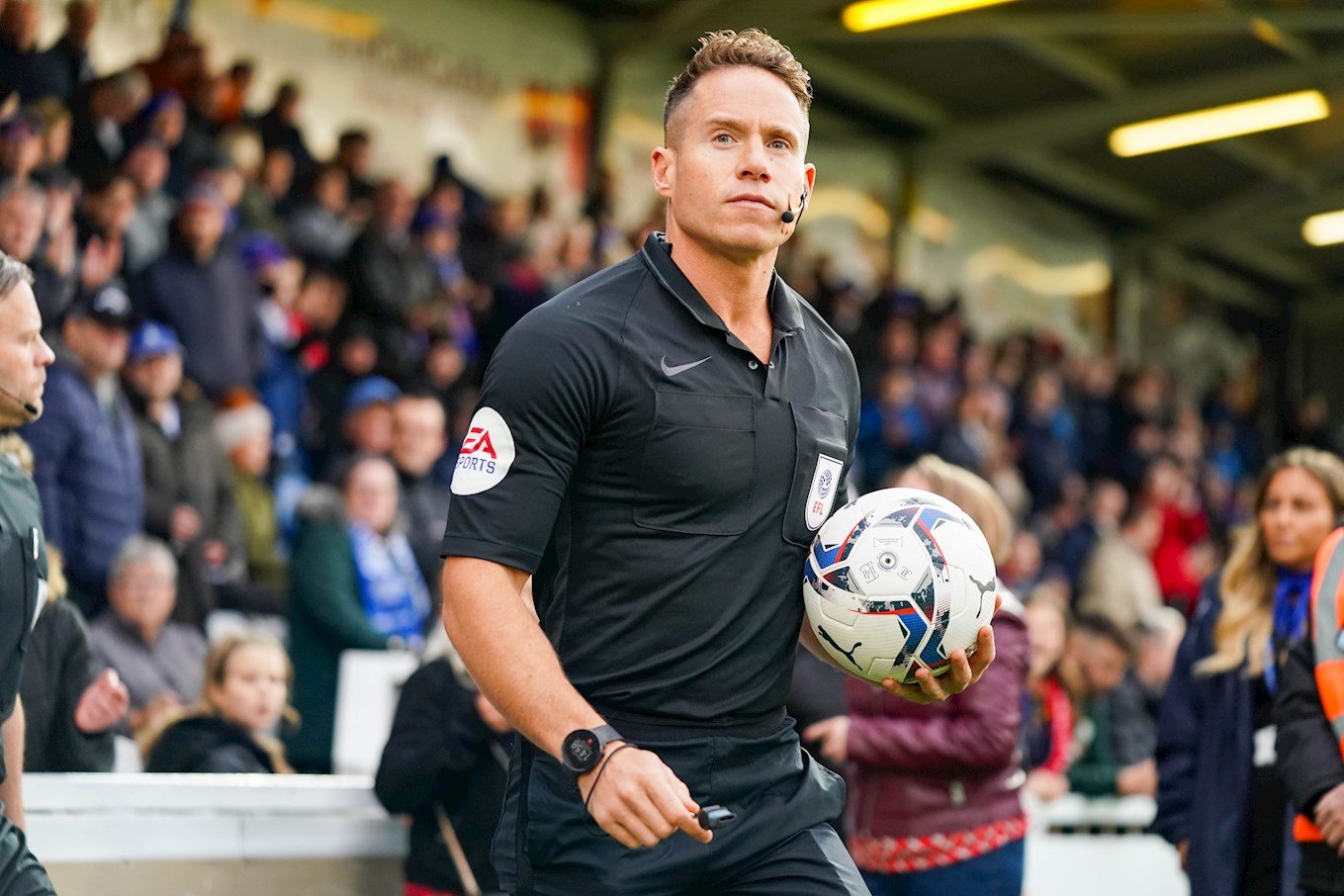 The man in the middle on Wednesday night is Stephen Martin, who most recently took charge of Luton's 2-0 away defeat against Sheffield United.

In total he has officiated 26 matches this season, handing out 81 yellow cards and four reds.

Luke Berry opened the scoring for Town, before Onyedinma doubled the lead. Berry added a third before half-time with a fantastic flick and the Hatters added a fourth in the second half, courtesy Bambo Diaby’s own goal.

Nathan Jones made four changes to the Town side from Sunday’s defeat against QPR. Kioso and Dan Potts came into the defence, with Berry replacing the injured Pelly Ruddock Mpanzu. In attack, Harry Cornick partnered Elijah Adebayo.

Town made the perfect start, scoring within the opening ten minutes. A James Bree cross was floated into the area, and the ball eventually fell to Berry who calmly slotted into the bottom corner for the opener.

Cameron Archer had the visitors’ first chance. Latching onto a long ball forward, the Aston Villa loanee broke into the Town area and saw his shot saved by James Shea, making his 100th appearance for the club.

Town were forced into an early switch, with Reece Burke unable to continue. Onyendinma was brought on, and Bree dropped into the back three.

Not long after coming on, Onyedinma doubled Luton’s lead. Bree’s free kick was bundled over the line by the 25-year-old, with Kioso also amongst the action. Kioso was originally credited with the goal, but went down as an Onyedinma strike.

Amari’i Bell almost added a third for Luton before half time. Onyendinma did well on the right-hand side and found Bell with a cross, but his header was saved well by Daniel Iversen.

Town would add their third goal of the first half shortly after. Cornick’s cross was met by Berry, who found the bottom corner with a brilliant back-heel flick.

In the first chance of the second half, it was nearly four. Kioso rose highest from Bree’s corner, but saw his header blocked by a Preston defender, with Adebayo firing over from the rebound.

Just before the hour mark, Luton would have their fourth. Countering from a Preston attack, Cornick found Bell, whose venomous effort was saved by Iversen but saw the ball rebound off Diaby for an own goal.

Adebayo almost added a fifth, as Town went in search of another. The striker’s header crashed off the crossbar, with the linesman’s flag going up shortly after.

Preston should’ve pulled one back, but Josh Murphy saw his effort flash wide of Shea’s post.

Town made their third and final switch as the game entered the 81st minute, with Carlos Mendes Gomes introduced for Berry as the Town recorded an emphatic win as they moved back up into the Championship play-off places.

Tickets are still on sale for Wednesday's match against Preston North End.

Tickets can be purchased online at www.eticketing.co.uk/lutontown, in person or via phone on 01582 416976. You can choose to receive your tickets either digitally to enable you to print at home or send to any smartphone. You can also choose to collect a matchday ticket on the day of the game.

The Price Category for this fixture is Category B: 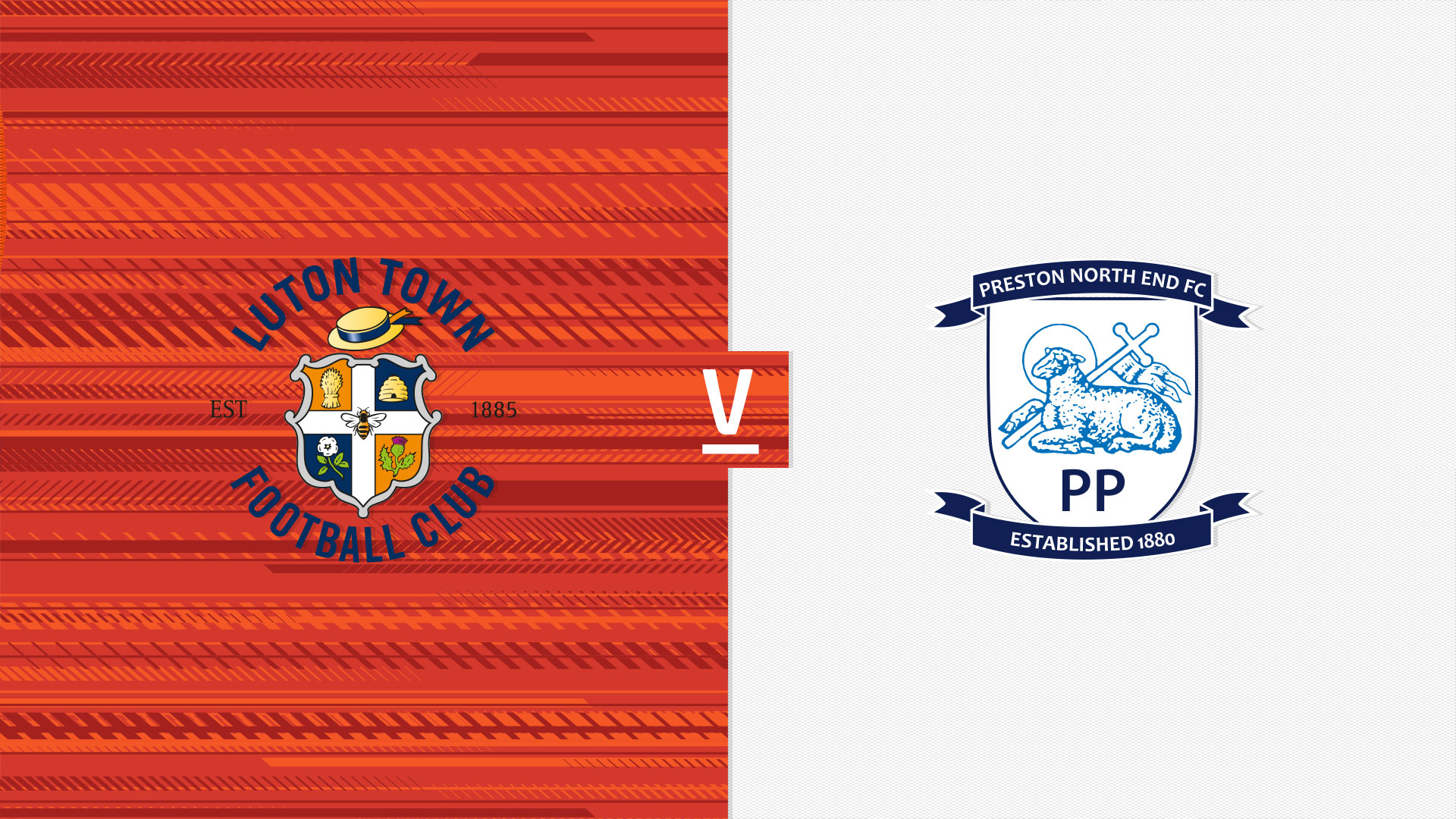 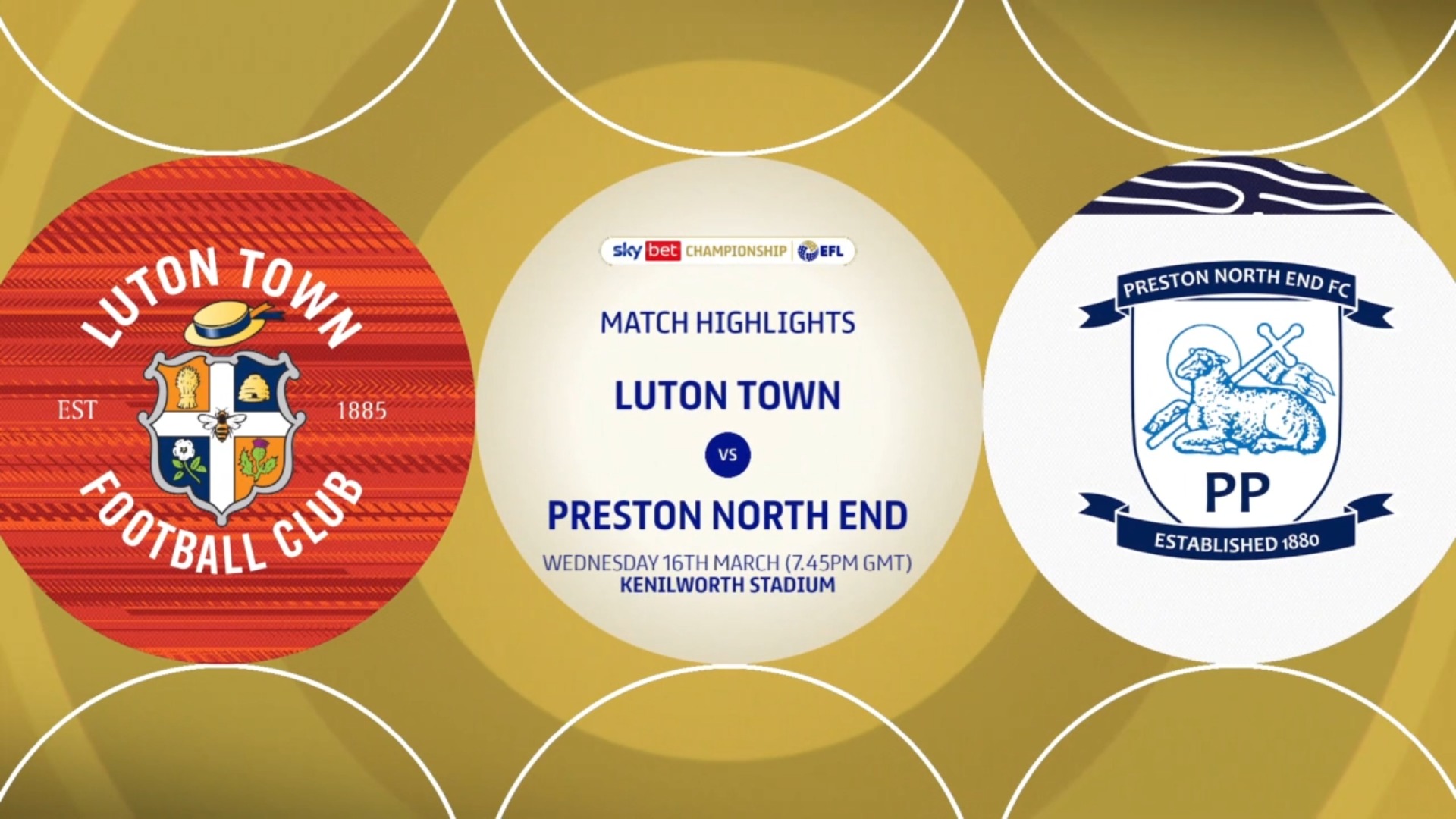 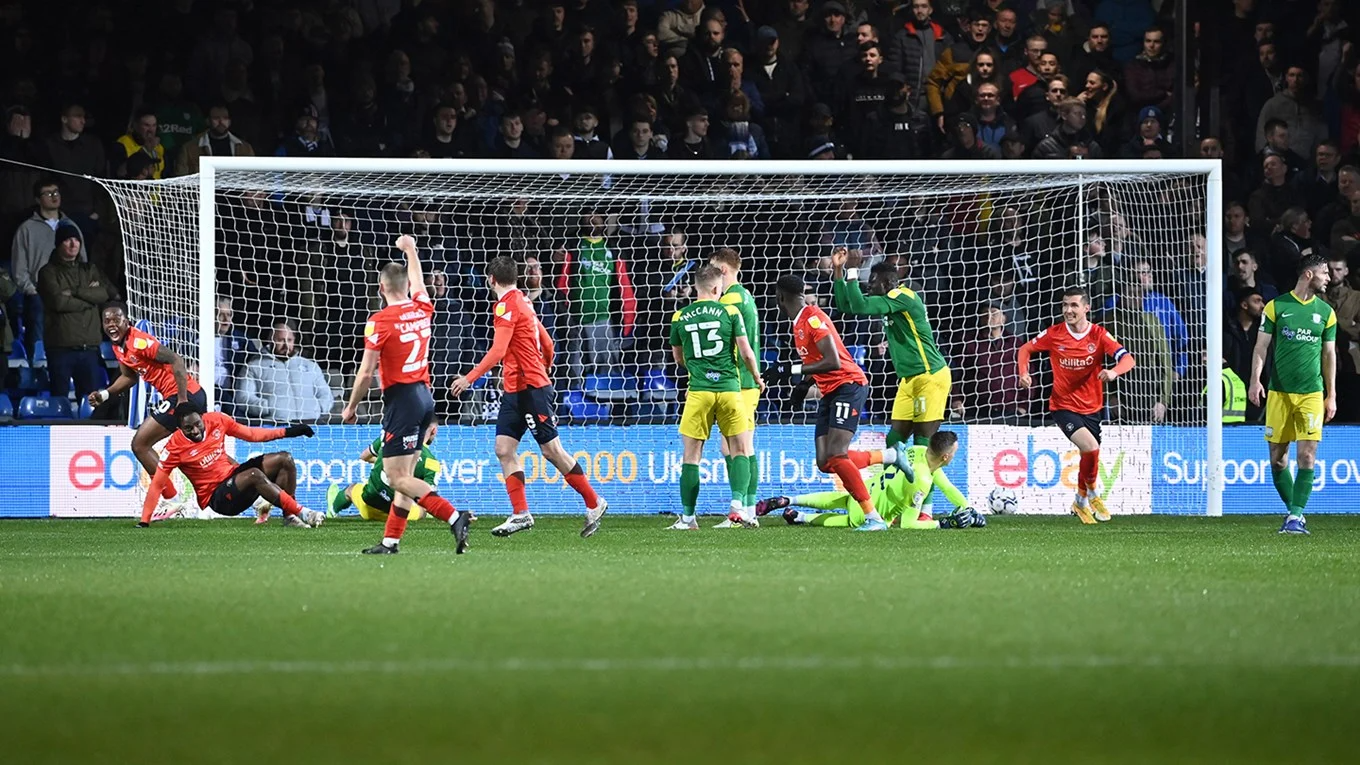