The Hatters are back on their travels on Wednesday night when they travel to the Select Car Leasing Stadium to face Reading.

On the back of a late winner against AFC Bournemouth, confidence is high in the Town camp as they look to extend their unbeaten run to five matches in all competitions with a positive result at the Select Car Leasing Stadium. Reading have struggled for form as of late and find themselves without a win in five games, just above the drop zone in the Sky Bet Championship after a devastating last-minute defeat against Middlesbrough on Saturday.

John Swift has been their main creative source with an impressive eight goals and nine assists to his name thus far, whilst the fit again striker Lucas Joao could be set to feature in midweek.

There were four meetings between the two sides last season, the most recent of which was a goalless draw in April 2021.

The match will NOT be streamed on iFollow domestically, because it was originally scheduled to be a weekend fixture and in these circumstances, the home club makes the decision on whether to make the rearranged match available in the UK and Ireland. Reading have opted not to have a live video stream on this occasion. The stream WILL be available overseas. 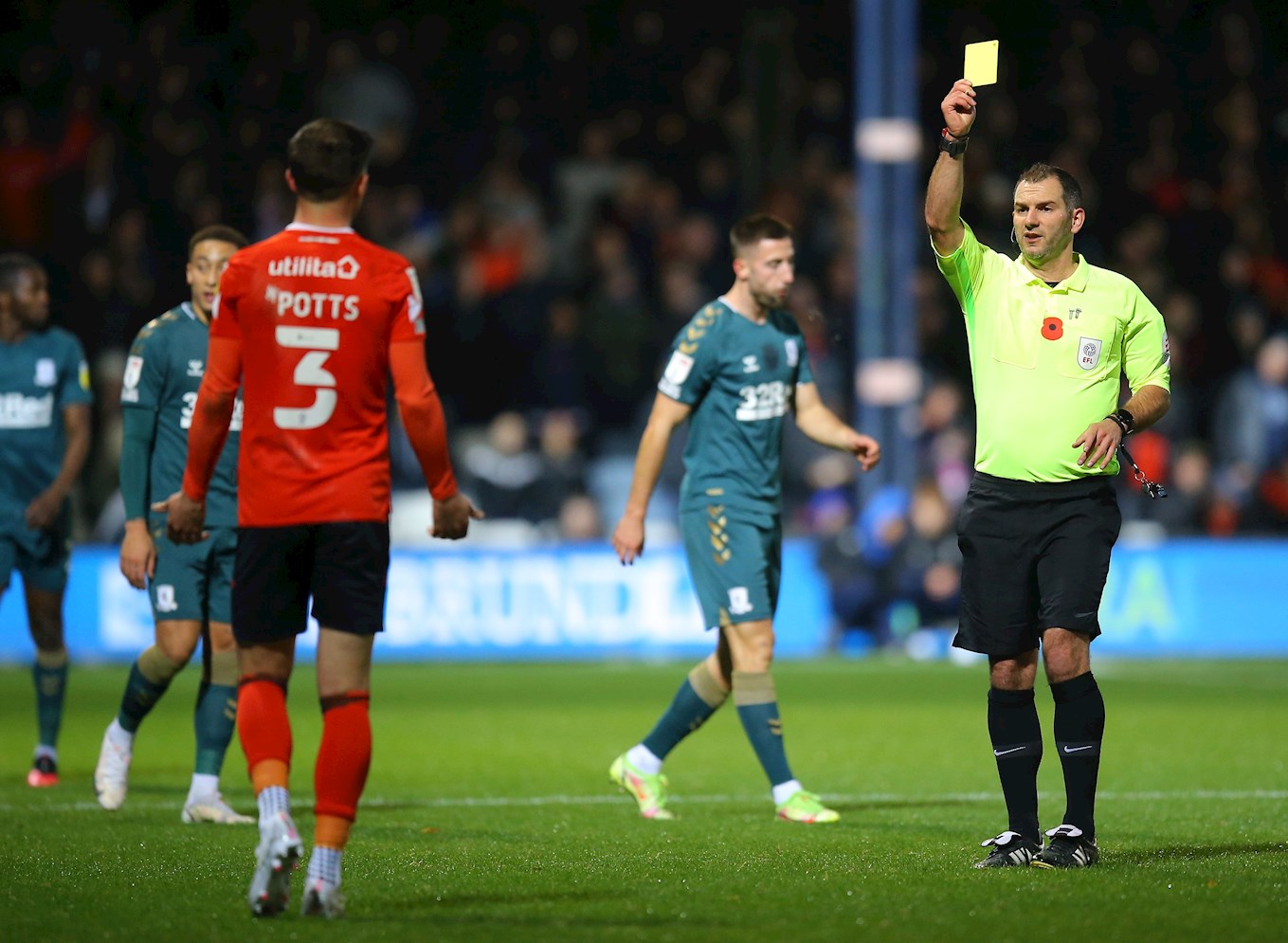 The man in the middle on Wednesday night is Tim Robinson, who most recently took charge of the Hatters' 3-1 win against Middlesbrough in November.

He has officiated 21 matches in total this season, dishing out 90 yellow cards and three reds.

The Hatters made it four league matches unbeaten, and five in all competitions, with a comfortable win at struggling Reading tonight.

An own goal from Tom Holmes and a second in as many games from midfielder Allan Campbell gave Nathan Jones side all three points, lifting them back into the top half of the table in the process ahead of Saturday's trip to Sheffield United.

After taking four points off promotion expectants Fulham and Bournemouth in the last two Championship matches, the Town turned in a disciplined, commanding away performance in the first of four rearranged fixtures following the Covid call-offs over the festive period.

Jones made one change to the side that beat leaguePeter Kioso – who was recalled yesterday from his loan spell with Milton Keynes – started in place of James Bree, who sat out this one with a tight hamstring sustained against Bournemouth, having played every minute of the Hatters' league and FA Cup matches this season.

Reece Burke and Allan Campbell were both declared fit and in the starting eleven after coming off during Saturday’s 3-2 win against AFC Bournemouth, whilst Cameron Jerome started for the second league match in succession alongside Elijah Adebayo up-front.

The top scorer looked a threat from the off, getting the better of Holmes by the left corner flag and crossing low towards the near post inside the first minute, but Royals keeper Luke Southwood gathered just ahead of Jordan Clark.

Adebayo had the Town's first real sight of goal in the tenth minute, firing over after receiving a headed lay-off from strike partner Jerome, and we had to wait until the 28th-minute for another effort, Clark cutting in from the left angle of the box, only for his attempted curler to be deflected onto the roof of Southwood's net.

The breakthrough came in the 33rd minute, and for the second game in a row, it was courtesy of an own goal. Clark was at the heart of the move that led to it, collecting the loose ball midway inside the hosts' half after Holmes had won a header above Adebayo.

The ex-Shrewsbury and Accrington man fed Amari'i Bell on the left and his cross, whipped into the six-yard box, was diverted past Southwood and into his own net by centre-half Holmes.

Reading came out after the break and made a rare foray into the Town box, with John Swift - who had curled their best effort of the first half just wide of James Shea's left post - picking out Danny Drinkwater, but the on-loan Chelsea midfielder's header was easily held by the Hatters number one.

Town were soon back on the front foot, Naismith seeing a low right-footed shot parried by Southwood into the path of Campbell, who fed Clark to stand a cross up towards Adebayo, but Reading managed to clear for a corner.

Pelly-Ruddock Mpanzu hit a piledriver inches over the bar as the Royals' struggled to clear the set piece, blocking a Sonny Bradley snapshot in a spell of penalty area pinball.

Shea had to field a tame header from George Puscas, moments before the Hatters had their second of the night.

For once, Adebayo was the architect, carrying the ball down the right, checking back to find Reece Burke, who played a simple pass inside to Mpanzu, making his 320th appearance in a Town shirt.

The club's longest-serving player was having a terrific game in the midfield holding role, and he slipped a perfectly timed ball into the box for Adebayo to run onto and calmly square for Campbell to ram home his second goal in as many matches.

Kioso called Southwood into action with a right-footed drive on 65 minutes, then Adebayo's nimble feet set Campbell up again for another chance, the Reading keeper once more getting down low to save his ten-yard effort.

Reading sub Lucas Joao sent a header narrowly wide as the hosts looked for a way back into the game, but it never came as Shea, aided by a solid defensive performance from skipper Bradley, Burke and Naismith ahead of him, kept his fourth clean sheet in seven matches.

There was still time for Adebayo to find the net after a good run by sub Fred Onyedinma, but the striker was offside when the winger's shot landed at his feet in the 89th minute.

Next up a trip to south Yorkshire - a happy recent hunting ground for the Hatters - and Sheffield United in three days' time!

New ticket information for our away match against Reading has been confirmed.

We have received an initial allocation of 1,554 seats in the South Stand for our rearranged fixture at Reading on 19th January. A further allocation is available if required.

Supporters who have requested an Away Season Ticket this season will receive one ticket in the South Stand for this fixture. Seats will be reserved, then payment will be taken, and your ticket dispatched on Monday 10th January unless otherwise advised. If you do not require a ticket for this game or require additional tickets, please email ticketoffice@lutontown.co.uk to advise.

Tickets will be available to ALL season ticket holders and executive members at three tickets per person from Thursday 6th January using your individual client ref number. These tickets can be ordered online, by phone or in person from the Ticket Office.

Any remaining tickets will be available on general sale from Tuesday 11th January online, by phone and in person. They will remain on sale, subject to availability until 11am on Wednesday 19th January.

Any Season Ticket holder who wishes to obtain the Season Ticket price during this period will need to order by phone or in person from the Ticket Office.

Seating is available for families in the Family section. No Adults will be admitted without Children and no children without adults.

Seating is available for families in the Family section. No Adults will be admitted without Children and no children without adults.

Ambulant / Wheelchair users are charged at the age-related price with a Carer free of Charge with middle of full rate DLA or PIP.

Please note that any Bobbers Travel Club bookings for the original fixture will no longer be valid. If you wish to travel on the coach for the rearranged game, please book again using the normal methods. 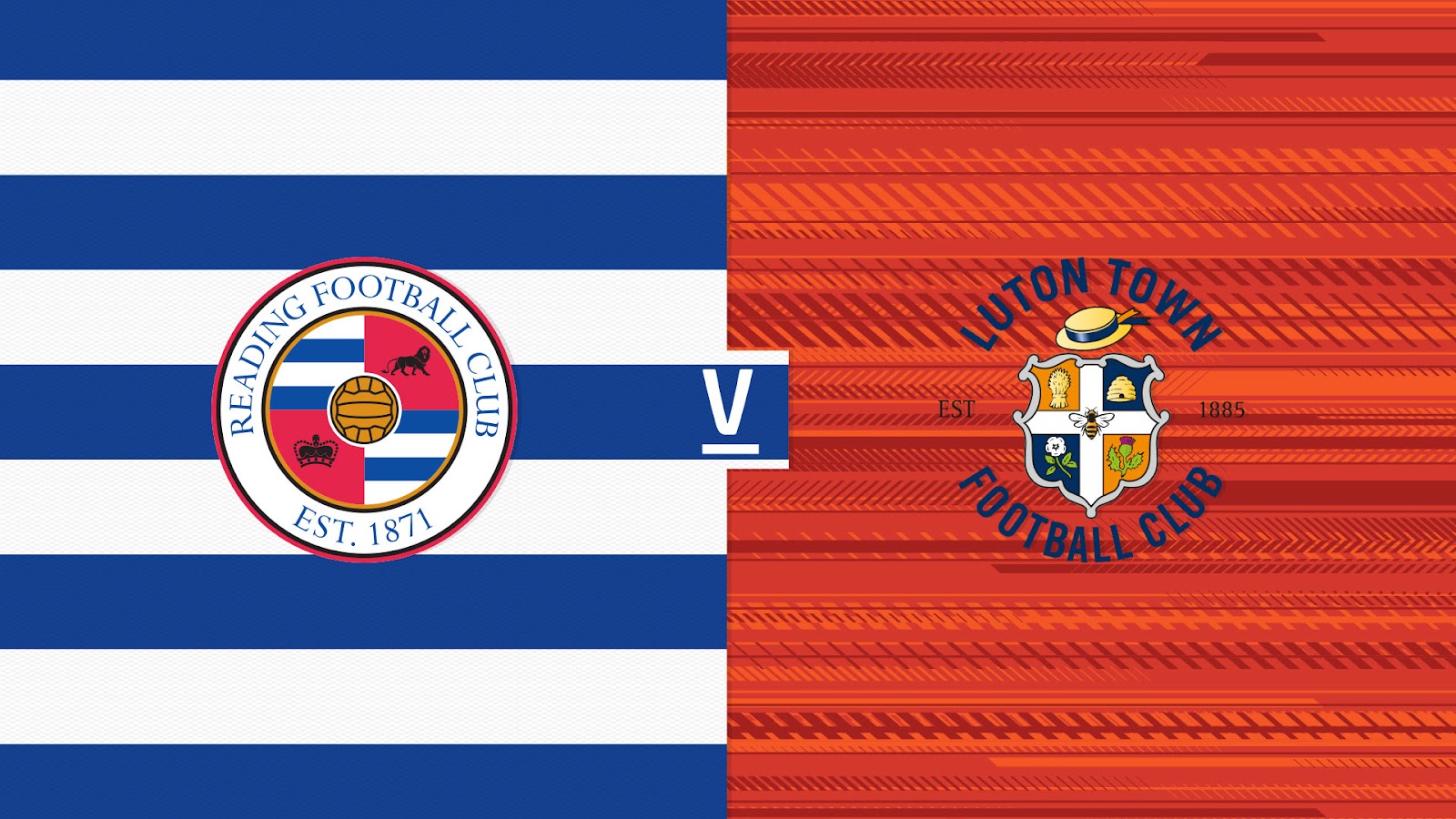 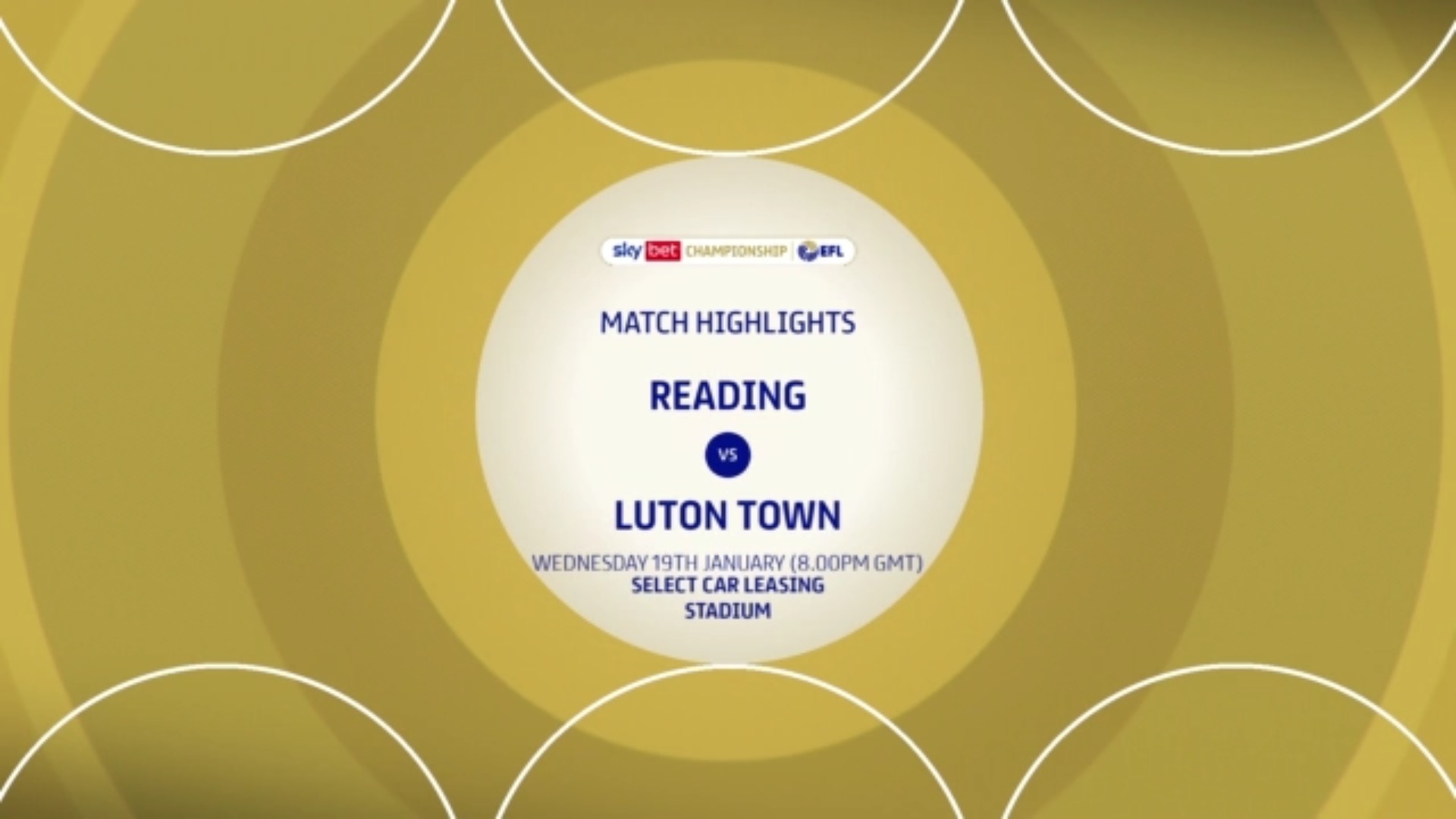 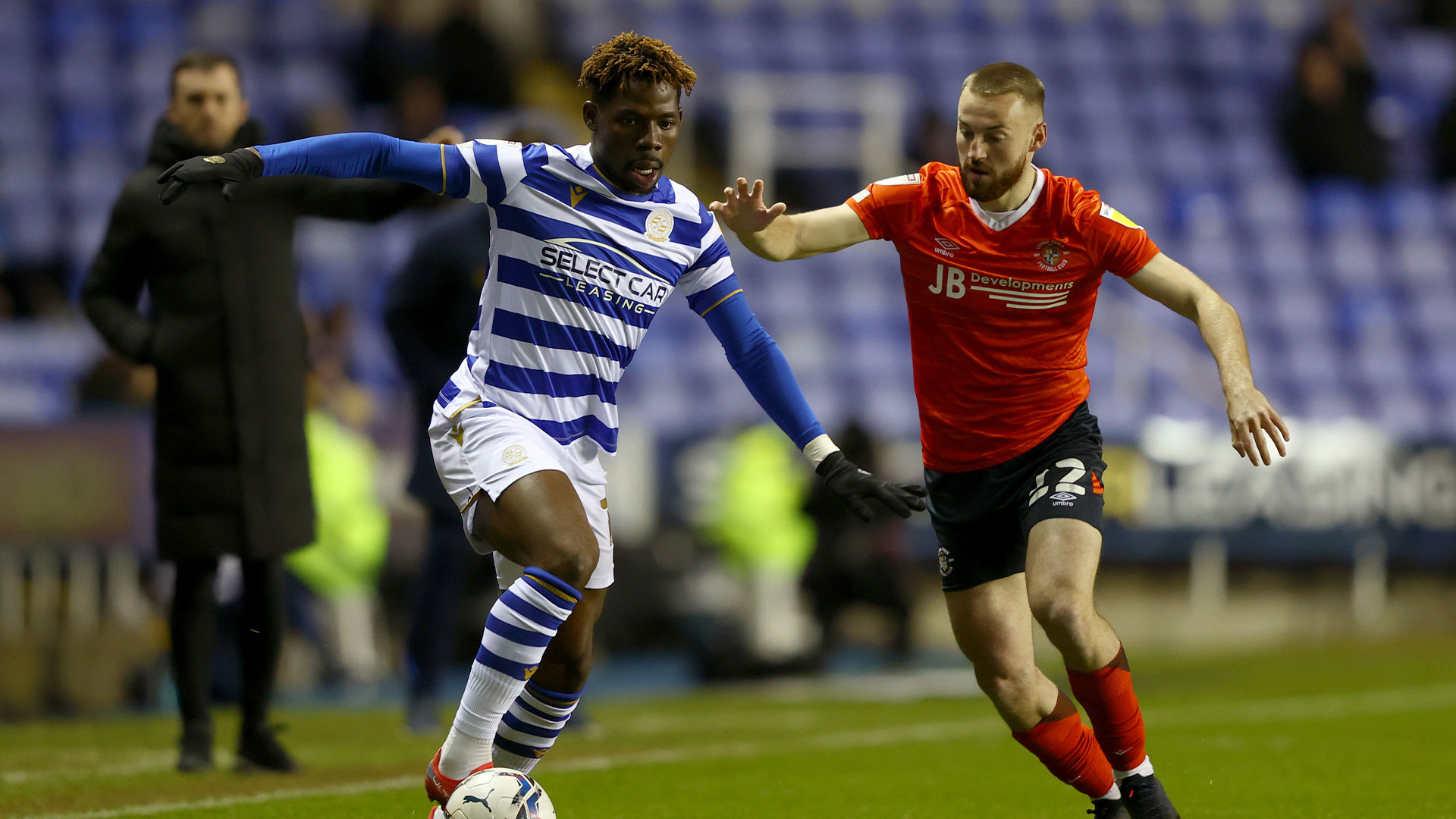