The Hatters are back on the road tomorrow afternoon as Graeme Jones’ side face Reading at the Madejski Stadium.

After suffering three losses on the bounce, Town are hoping to go into the international break on a positive note by ending Reading’s good run of form.

Since appointing Mark Bowen, the Royals are unbeaten with two wins and a draw, and now find themselves in 19th place – two places and one point above the Hatters.

Please note that international supporters can stream and follow the game from the Madejski Stadium live on iFollow Hatters. Subscribers can tune into Simon Pitts’ full match commentary as well.

On Reading: “They play 3-4-1-2, it has been successful for them. I watched them against Queens Park Rangers, I watched them against Millwall and they are a very capable outfit. They’ve got really, really good individuals and we need to be at our best every game, that is just a standard requirement, for us to compete at this level.

“I think by and large we have done that over the season, but I said two or three weeks ago, just competing isn’t enough we need to get some points on the board however that may come, and that is the target for this weekend.”

On pressure playing a team also in the bottom half: “I don’t think like that, I really don’t. I’m just thinking it is another opportunity to win three points. No one knows what that final table is going to end up, at the minute there is somebody down there but I’m looking at the points total, if we win Saturday we have 17 points from 16 games.

“I think with a third of the season gone, if we match the same amount of points, we would be in a very healthy position so it’s the points total I’m looking at and you have to win football matches to maximise your points.”

On Mark Bowen: “I know Taff really well, played with Taff – Mark Bowen at Wigan, did my A-licence with him in 1999 I think. Come up against Mark and Eddie (Niedzwiecki) so many times when they were at Stoke and we were at Wigan and Man City.

"We know their staff really well, they’re Premier League staff with Premier League education so it is not going to be easy. I know Mark and Eddie really well – they are elite workers and that is why they’ve had the response they’ve had, so I am looking forward to the game.”

Holder of the Football League’s highest points tally when they won the Championship in the 2005/06 season with 106 points, Reading had two spells in the Premier League, one for two seasons and another for a single campaign.

In 2016/17, the Royals finished third in the Championship but lost in the play-off final to Huddersfield Town on penalties. They have finished 20th in both seasons since that day at Wembley.

Kick-off is 3pm at Madejski Stadium on Saturday 9th November.

The referee for Saturday’s game is Andy Woolmer – who has taken charge of 13 games this season, dishing out 35 yellows and two red cards.

Tickets for this game are sold out.

The last meeting between the two sides was in August 2008 and Luton had a day to forget – losing 5-1 in the League Cup Second Round. Reading are slightly ahead in the all-time head-to-head with 23 wins, whereas Town have 20 wins and the two teams have shared eight draws.

The main blow-by-blow account of the action from the Madejski Stadium will be provided via the Match Centre on the club website, which you can access by clicking here.

The ticket office have advised that other than a few wheelchair spaces that remain available, we have now sold out of the full allocation of 2,219 tickets for Saturday’s Sky Bet Championship fixture against Reading.

This fantastic number of Hatters travelling to the Madejski Stadium will take us past a total of 18,000 who have bought a ticket to back the boys on the road this season!

We again thank fans for their tremendous support. 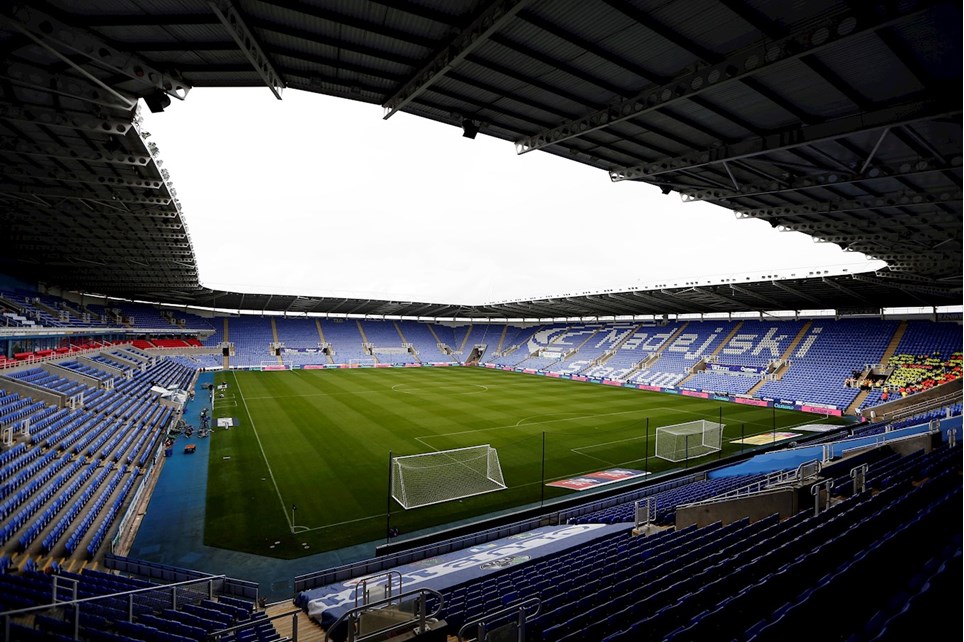 
The Hatters have received an initial allocation of 1,978 tickets in the South Stand for their Sky Bet Championship fixture at Reading on Saturday 9th November.