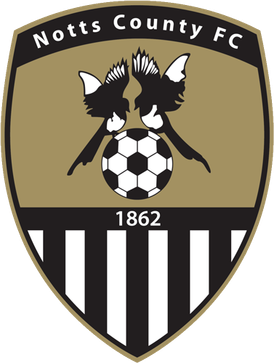 Town face Sky Bet League Two side Notts County tomorrow afternoon in their final pre-season game at Kenilworth Road, with the trip to Portsmouth and the beginning of the League One campaign just over a week away.

The Hatters will rotate the side from the one that was defeated by Championship outfit Norwich City 3-1 on Wednesday evening, having beaten Chesham United and St Albans City since their return from the training camp in Slovenia.

Notts' most recent friendly was against Premier League Leicester City, with the Foxes defeating the Magpies 4-1 at Meadow Lane.

"It feels like it's been quite a long pre-season if I am being honest with the summer and so on. We'll be ready to go after Saturday, then we build it up, then we've got a big game at Portsmouth. We will be ready to go. I am looking forward to that stage of pre-season."

Since our trip to Meadow Lane at the beginning of May – which was a fantastic occasion – Notts suffered their heartbreak, but have got straight back on the horse, bolstering their squad with the likes of Kristian Dennis, Kane Hemmings and Enzio Boldewijn to name a few. Players well known in the fourth tier for all the right reasons, you can understand supporters getting excited about a potentially fruitful campaign.

It has been a near fairy-tale story for Notts County the past 18 months. On the verge of relegation and potential implosion, the turn-around has been dramatic. Alan Hardy assumed control of the club in January 2017 and brought in Kevin Nolan to try and steady the ship. They comfortably avoided the drop that season and weren't too far away from joining us in the climb to third tier football.

Kick-off is at 3pm tomorrow afternoon (Saturday 28th July) at Kenilworth Road.
All the information for visiting supporters can be found by clicking here.

Ticket prices are as follows for tomorrow's game:

Our last opponents in League Two last season on a fantastic afternoon at Meadow Lane, the game ended 0-0, but the atmosphere is one that will live long in the memory. Of the 73 games the sides have played against each other, Town have won 35, drawn 22 and lost 16 times.

Regular updates from Kenilworth Road will be provided via the Match Centre on the club website, which you can access here.

iFollow Hatters commentary will not be available for the game with Simon Pitts away.

We have been informed that some supporters have been having issues with the Luton Town app and using iFollow. This can be fixed by uninstalling the app and reinstalling it.

The Hatters rounded off their pre-season at Kenilworth Road with a 2-0 win over Sky Bet League Two side Notts County, with the opening day of the 2018/19 EFL season just a week away.

Nathan Jones rotated his entire team from the one that was beaten 3-1 by Norwich City on Wednesday evening, whilst the visiting Magpies went full strength with new signings David Vaughan and Enzio Boldweijn starting.

Chances were at a premium in the first half, with the visitors failing to trouble Marek Stech in the Town goal. Alan McCormack had the first real effort of the game 25 minutes in as Harry Cornick teed him up to shoot from range, but his strike was well over Ross Fitzsimmons' goal.

The Hatters had a flurry of half chances late on in the opening 45 minutes, Elliot Lee seeing an effort blocked on the edge of the box, before Cornick failed to capitalise on a decent opportunity when his tame effort was well saved following a clever backheel from Jorge Grant.

The second half started with a little more punch as the Town broke the deadlock – Elliot Lee ran at the visitors' defence before passing it to Grant on the edge of the box. He turned well before calmly slotting it into the bottom left corner – Fitzsimons did get a touch, but was unable to stop it going in.

Kane Hemmings went close just before the hour mark as he couldn't quite guide Dan Jones' left-wing cross towards goal with a diving header, before the Hatters doubled their lead through Lee. The Hatters won a corner – Sheehan whipped it in, Potts saw his header saved by Fitzsimons, but the keeper could only parry it to Lee who fired in from a yard.

Nathan Thomas looked to drag his side back into the game as he found space in the Hatters' box, but his powerful effort was just over Marek Stech's goal when he looked certain to test the keeper.

Danny Hylton had a decent opportunity just before the referee blew for full-time, but his effort from a tight angle was blocked.

The Hatters final pre-season game before the trip to Fratton Park next Saturday sees Jones' team head to Bedford Town on Tuesday evening.