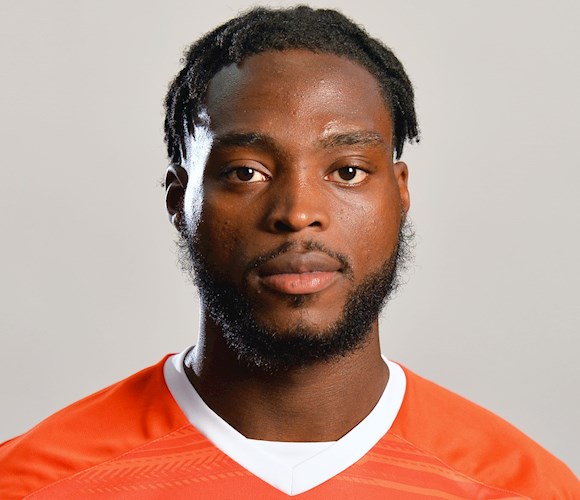 Former Millwall midfielder Fred Onyedinma became the first of Nathan Jones' summer signings for an undisclosed fee from Wycombe Wanderers in May 2021.

The 25-year-old Nigerian started his professional career at Millwall in 2014 after graduating from the youth academy, where he remained until 2019, bagging 12 goals and assisting 15 in 151 appearances.

Raised in south-east London, Onyedinma spent two spells on loan at Wycombe, first in League Two as a teenager and then in League One during 2018-19, before signing for them permanently in the summer of 2019.

After helping them secure promotion from League One in his first campaign, he finished with five goals and four assists in 46 appearances in the Chairboys' season in the Championship, before leaving Adams Park to join the Hatters and remain in the second tier following Wycombe's relegation.

Onyedinma made an immediate impression on the Kenilworth Road faithful, scoring once and providing two assists to earn the man of the match award in a 3-0 opening day win over Peterborough.

Injuries limited him to 31 appearances in total, but whether on his natural left flank, up front or in an unaccustomed right wing-back role, Onyedinma proved a fans' favourite in his first campaign, netting three times and contributing five assists.