Admiral Muskwe said he is ‘delighted’ to have signed for Luton Town and hopes to emulate the success Kiernan Dewsbury-Hall had at the club.

After signing on a permanent transfer from Leicester City, the 22-year-old made sure to tap into the knowledge of James Justin and Dewsbury-Hall, the latter who provided a glowing report of the club to help Muskwe make up his mind!

“I spoke to both of them, mostly I spoke to Kiernan. I saw him a few weeks ago and he only had good things to say about the club so in the short time I have spent here, I have seen that everything he said is true and I’m hoping I can create my own positive memories at this place.

“Seeing the success Kiernan had last year, it is something I want to try and emulate myself. The love he got from the fans is definitely something I am trying to embark on and get myself as well.”

Like most new arrivals to Kenilworth Road this summer, manager Nathan Jones has played a key role in helping their decision and Muskwe was no different, saying: “When I spoke to Nathan it was clear about his intentions and what he wants to do with the club. That is the same sort of plans I have for my career, so it works hand in hand. Everything he was saying is what every player wants to hear, and it made it an easy decision to come here.” 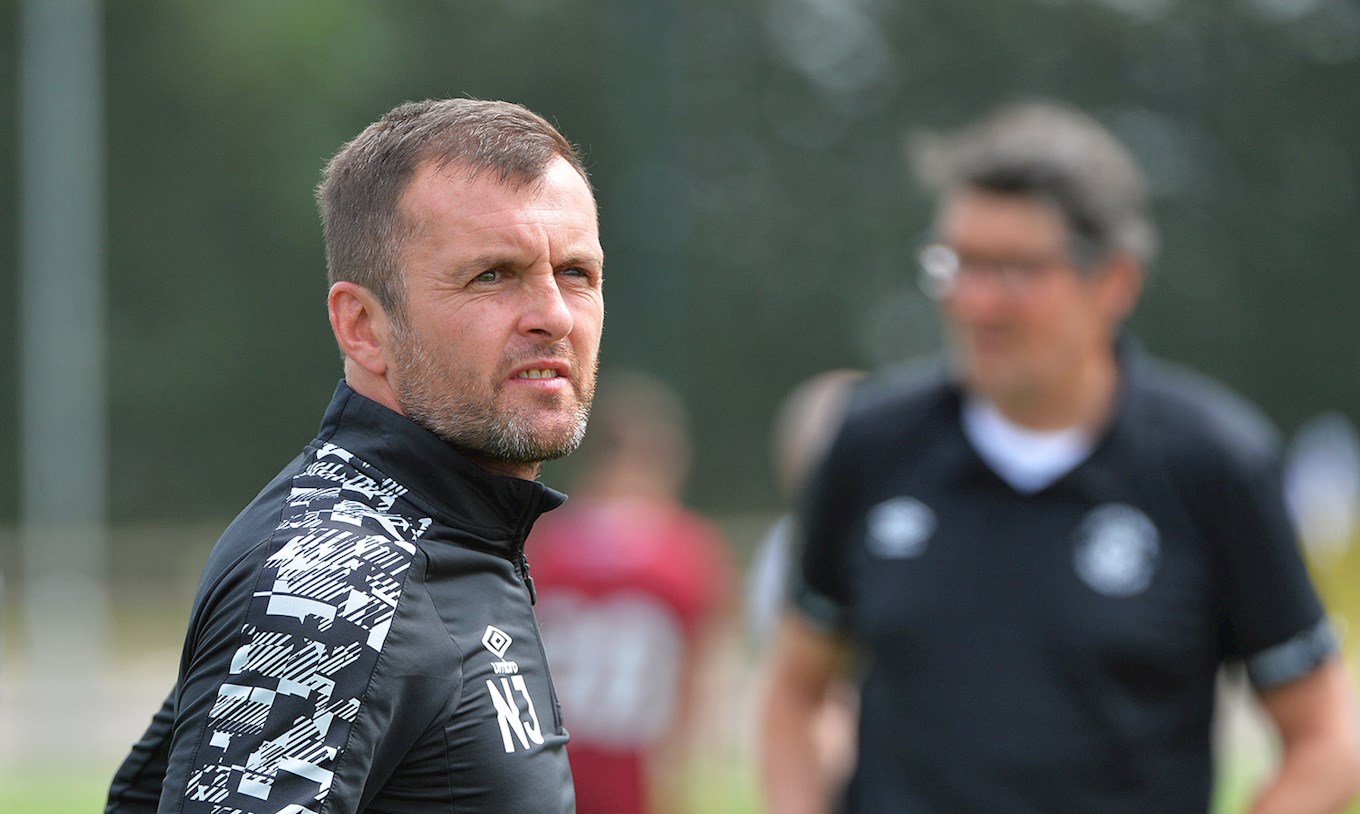 The Zimbabwe international arrives to a host of familiar faces, particularly Fred Onyedinma, who also joined the club this summer.

“I was with Fred at Wycombe, we spent six months together so I know him really well. He has made it really easy for me to settle in, like all the other boys have. We have strength in depth and good competition for places.”

Continuing, the forward said: “I played against Gabriel (Osho) coming through the youth ranks at Leicester, same with Elijah. Some of the boys I played against last year and then the more common names like Henri Lansbury and Cameron Jerome, I saw them growing up playing in the Championship and Premier League.”

As a youngster looking to make his own way in the game, Muskwe hopes to lean on the likes of Jerome for advice, admitting: “I think with young players, we may lack a bit of experience and in certain situations, those older players would have been there and played in those games.

"To have them to call upon when needed is key for the team because they know exactly how to get out of those situations.”

You can listen to Admiral's full first interview as a Hatter via the top of the page...