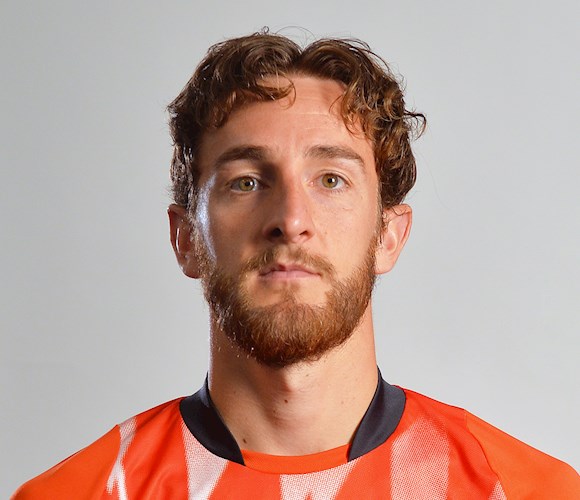 Tom Lockyer signed for the club in the 2020 summer transfer window after leaving Charlton Athletic.

Lockyer had joined the Addicks following their promotion to the Sky Bet Championship in 2019 after spending seven years at Bristol Rovers following his release by Cardiff City at the age of 16.

The 6ft 1in centre-half helped Rovers win successive promotions from the National League to League One, where he twice came up against the Hatters as Pirates captain in our 2018-19 championship-winning campaign.

He also played against the Town twice in the second tier for Charlton last term, and chose to leave The Valley following the south London side’s relegation, to stay in the Championship.

Lockyer has almost 350 senior appearances to his name and made his debut for the Hatters in the Carabao Cup against Reading.

After later earning a permanent spot in the starting eleven, he played 16 league matches in a row before his season was cruelly ended by an injury he sustained against Cardiff City.

His hopes of going to Euro 2020 with Wales looked unlikely but following an injury to another team member, he was included in their 26-man squad.

He made a further 33 appearances for the Hatters in the 2021/22 season, scoring his first goal for the club against Bristol City - fierce rivals of his former club, Bristol Rovers.