POST-MATCH | Sonny Bradley reacts to his goal and the Championship play-off first leg against Huddersfield Town!

Captain Sonny Bradley believes the 1-1 draw with Huddersfield at Kenilworth Road was a fair result – but insists the Hatters will head to the John Smith’s Stadium for Monday’s second leg with Wembley’s Arch firmly in their sights.

The skipper netted the Town equaliser to cancel out the visitors’ early lead, and speaking afterwards he could only see the plus side of a hard evening's graft for him and the team he leads.

“Certainly positive,” said the centre-half when asked of his thoughts on the game. “We’re one game away from playing at Wembley. I think [the result] was about right. In the first half they scored the first goal and we fell into the trap a little bit, we knew what they wanted to do, us to play the ball inside to nick it and counter on us, and it happened.

“What we did though is we reacted really well. Arguably we could have had a penalty with Cameron Jerome. We get the goal, had a couple of chances and we could have gone two or three up.

“Second half they had a lot of the ball, they controlled the game a little bit in the second half, but they didn’t have a great deal of chances. I don’t think Matt had too many saves to make, if any.

“It was a very competitive game, they finished third in the league for a reason. We are very aware they are a good team. I think 1-1 was a fair result tonight.”

Speaking about the goal, when he steered a beautifully whipped Kal Naismith free-kick past Huddersfield keeper Lee Nicholls, who got a hand to the ball but couldn’t keep it out, Bradley went on: “I took a bit of a gamble, I think I started in an offside position thinking their line would drop.

“It’s a great ball in from Kal, it’s an absolute gift and all I have to do is open up and get a nice contact on it, and let the ball do the work. I gave Kal a hug and a high five after the game because that was an absolute gift.”

Looking ahead to Monday night, he said: “I think they probably think it is in their hands a little bit going to their ground, but we believe in ourselves, we are backing ourselves and we’re one win away now from the national stadium.

“Henri went off with an injury, so there might be a question mark for his fitness, but I feel strong in myself. I’ve certainly got two games left in me, if that’s the case.

“It is one big game on Monday and I’m sure everyone will try their best to make themselves available. We will turn up and throw everything at it.” 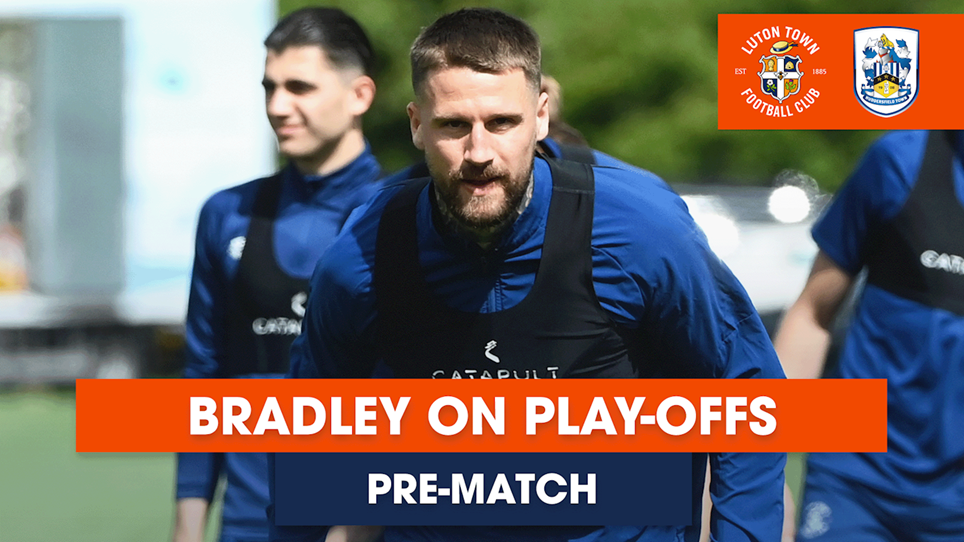 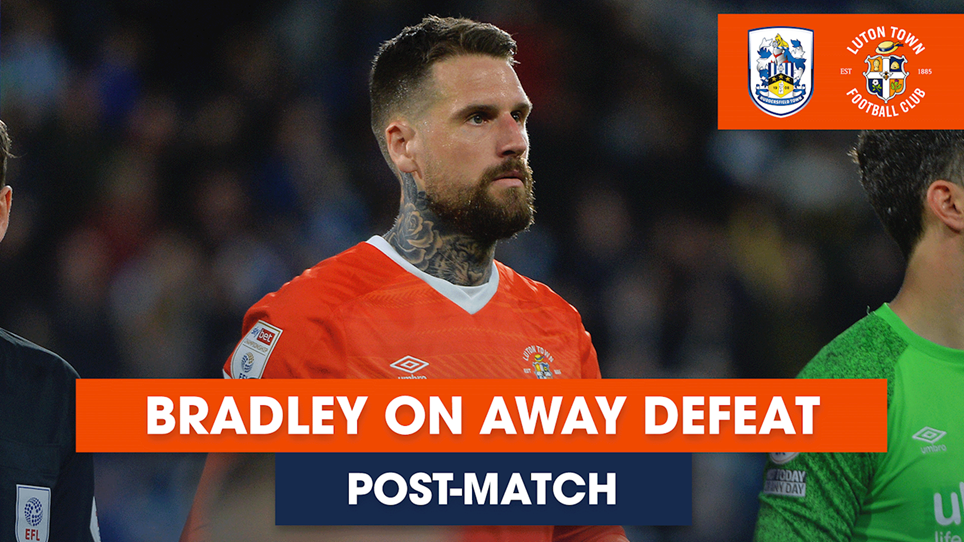 
Captain Sonny Bradley said there is no time to be downbeat after losing against Huddersfield Town on Monday evening.