Peter Kioso said he ran off in celebration of the Town’s second goal in the 4-0 win over Preston as if it was his, only to help his mate Fred Onyedinma out!

The defender and Onyedinma, on as an early substitute for the injured Reece Burke, both arrived in the North End penalty area at exactly the same time to meet James Bree’s right-wing cross in the 28th minute.

The crowd, aided by the Kenilworth Road tannoy announcer, believed it to be Kioso’s first goal for the club – only for video replays, and the former Hartlepool man’s post-match honesty, to set the record straight. 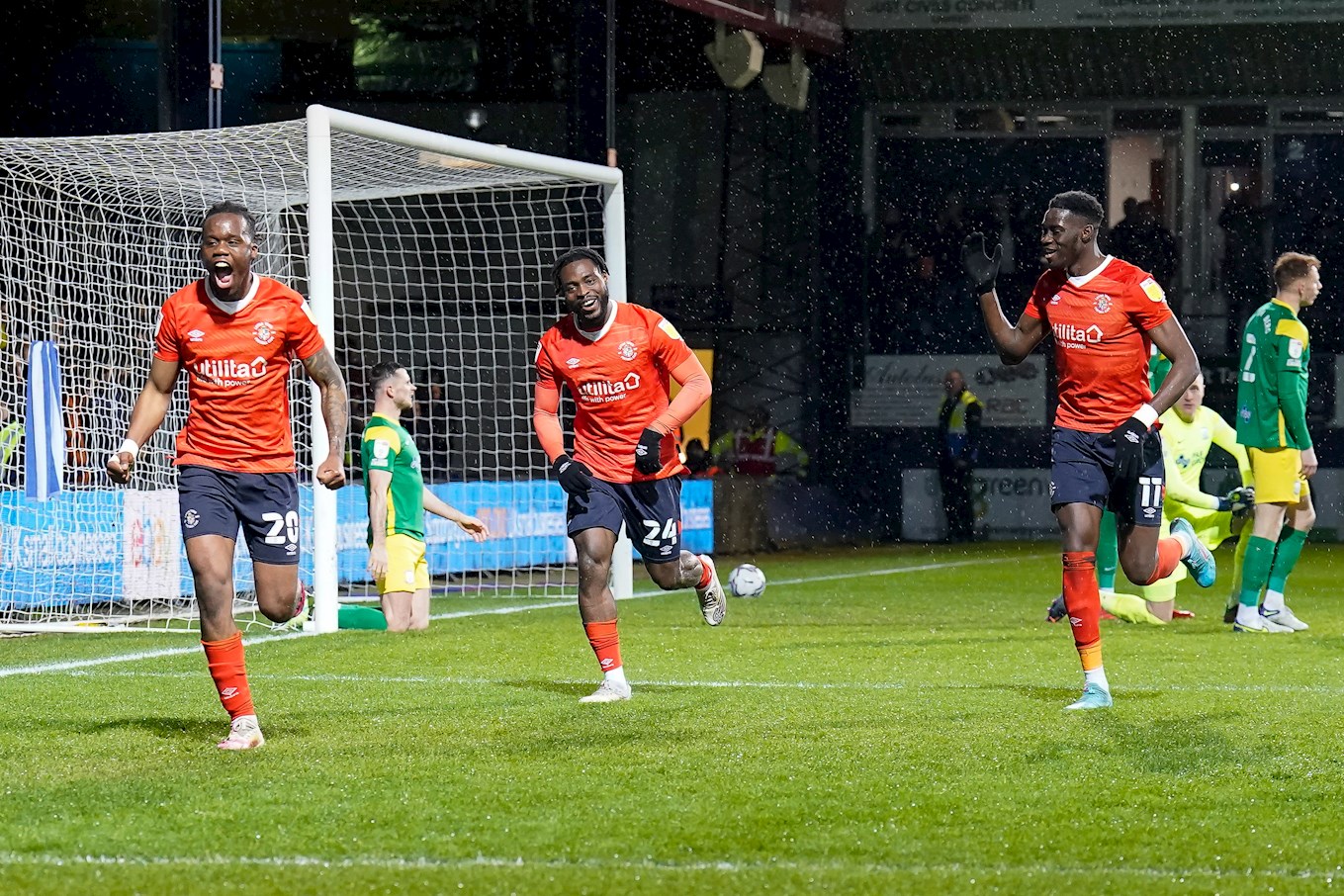 “You have to be honest sometimes – that’s Fred’s goal, I don’t want to lie,” smiled the 22-year-old. “He was getting onto me in there, and I love Fred deep down, so I have to be honest, he did touch it. But at the end of the day, if you don’t try, you don’t get!”

Kioso went full on with the celebration as he approached the corner flag in front of a J Block crowd who were singing his name.

“The knee slide was because I was so happy for Fred. It wasn’t my goal, I knew it wasn’t, I was just sliding away because Fred didn’t celebrate. So I was like, ‘Let me celebrate for him to help him out’.

“Breezy has put in a great ball, and when we put the balls in a good area we always have players that are there and somebody is going to put it in the net.” 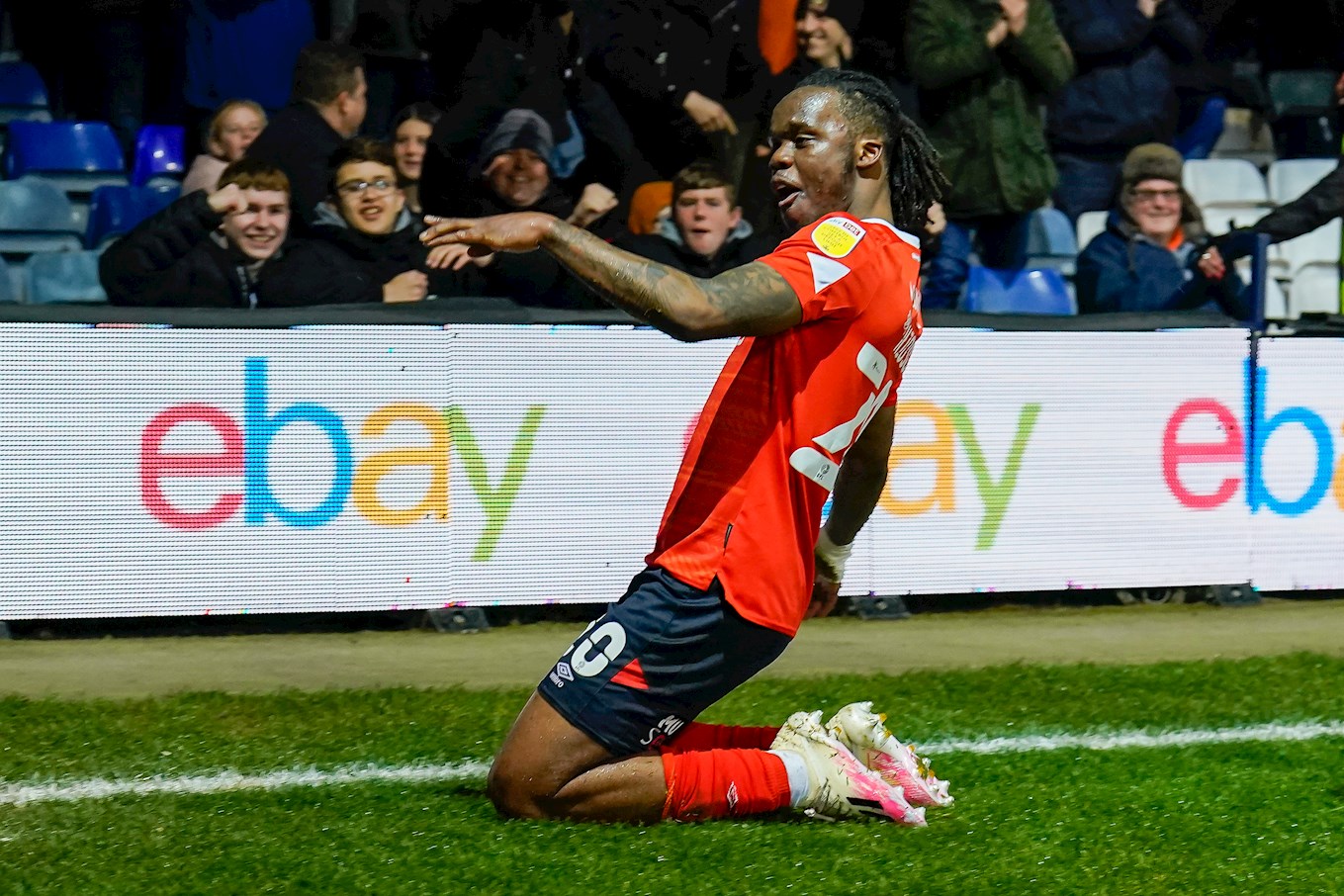 The right-back started as a right sided centre-half, then played most of the match as the central one of a back three with Bree and captain Dan Potts – both more commonly used as full-backs – either side of him.

With James Shea behind them making his 100th appearance for the club, the lads kept the 16th league clean sheet of the season – the highest in the Championship, ahead of Huddersfield who have kept 15.

Kioso was keen to share the praise around the team, however, saying: “We love to defend, that’s not just the defenders, it’s from Eli all the way back. You can see how the strikers work, even out of possession. They make our job easier.

“You know the saying that defending starts from the front, and that’s what this club shows, that’s what this team shows. Before it even gets to us defenders, Eli, H, Hylts, Cam, Carlos, Ade – all the strikers – they are all ready to go full out and at the end of the day, you always see the strikers are one of the most tired on the pitch, because they always put in the shift that helps us out.

“We love defending. That’s what you are going to get from this club. We love working hard and we are always going to keep doing that.” 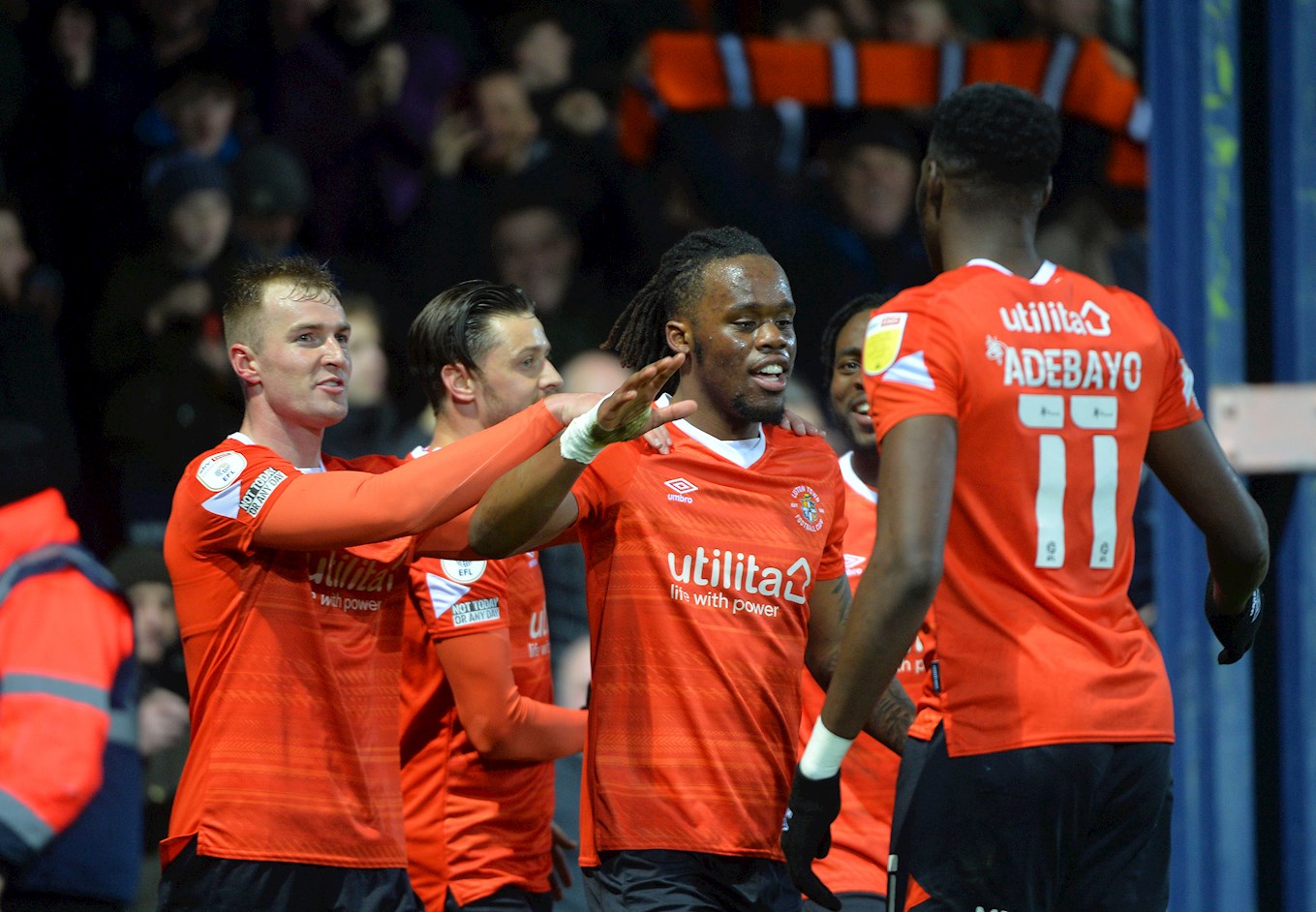 Kioso was recalled from his loan at League One Milton Keynes in January and has made eight appearances for the Town in league and cup since then, with last night being his third start in the Championship following his initial return for the Reading and Sheffield United matches.

Manager Nathan Jones praised his “humility” in having to bide his time, and told how proud he is of the young defender for the way he has handled swapping a staring place in a League One promotion chasing team to return to a squad in a similar position a level above, without being a regular.

In reply to a question about whether it has been difficult to adjust, Kioso summed up the team spirit Jones and his coaching staff have fostered at The Brache and in the home dressing room at Kenilworth Road.

“It’s always hard. As a player, the hardest thing is playing, going from playing to not playing at all, but at the end of the day I know it’s bigger than me.

“We work hard every day and we put shifts in every day, and we are reaping what we are sowing.”