PRE-MATCH | Danny Hylton on the Emirates FA Cup Fifth Round tie against Chelsea!

Danny Hylton admits the Hatters are happy to have the ‘underdog’ tag heading into the Emirates FA Cup fifth round tie against Chelsea.

Having joined Luton in 2016, Hylton has been involved in his fair share of matches in which the Hatters have been considered underdogs, and that prospect remains the same on Wednesday night.

“It’s going to be a great game,” the 33-year-old said. “It’s a great occasion and a nice distraction from the league. It will be a good day for the fans because last year against Chelsea there were no fans and against Man United there were no fans. It’s an occasion that they’ve earned as well so they can go and enjoy themselves on Wednesday.

“It’s a game we’ll go into full of confidence and we’ll give them respect but if we do it right, we believe we can win on the day.”

After scoring his first and second Championship goals last week, Hylton is heading into the meeting with the world champions in good form. 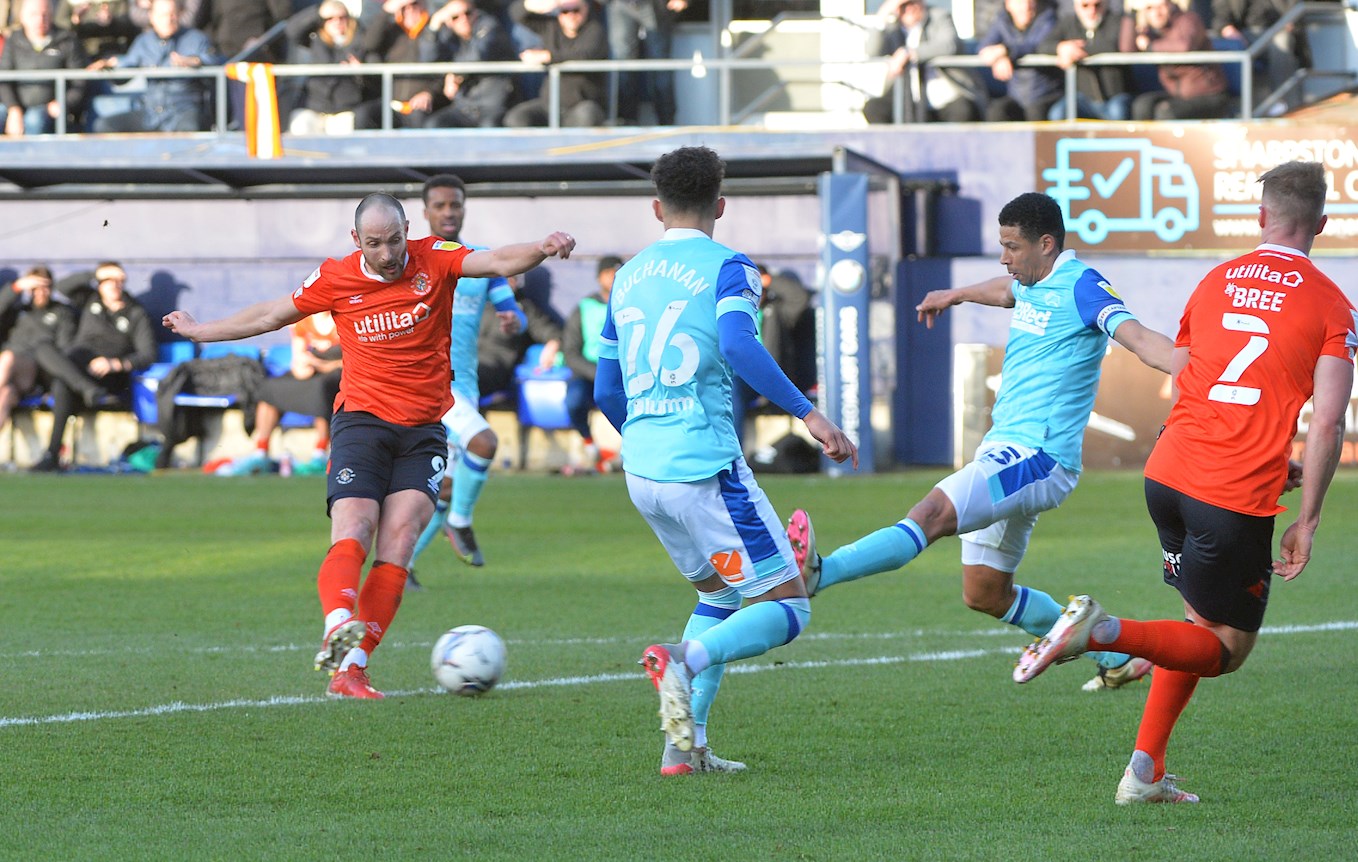 “I’ve missed it. I’ve watched the goal back 100 times to be honest. It’s all a blur in the game but when I watch it back and hear the roar it’s an amazing feeling, it really is.

“I’m not taking anything for granted. I’m back playing, and I’ve not suddenly cracked it, but I’m just enjoying it. I’ll keep trying to do the right things and contribute to the team when I get selected."

After a number of injury setbacks in the last couple of years, Hylton said that he has a greater appreciation as a player and wants to continue playing as regularly as he can from now until the end of the season.

“You never think it’s going to happen to you. If you go back three years, I thought I was going to play forever and that I was never going to get injured. You never know what’s around that corner but, touch wood, that’s the end of injuries and niggles.”

Under the lights at Kenilworth Road, the striker hopes he and his teammates can use the crowd to their advantage and admits he knows just how the Chelsea players will feel when they enter the stadium!

“It’s never nice to come to Kenilworth Road. I used to hate coming here as an opposition player. It was hostile and wasn’t nice. They’re going to be loud and full of beans on Wednesday night and it’s not going to be a nice place for Chelsea to come. We going to need them on Wednesday night. Let’s hope we can give them something to cheer about.

“Luton love being the underdog. We love playing against a bigger team and people giving us no chance. It’s going to be like that on Wednesday, everyone else fully expects us to lose outside of Luton and our team.”