PRE-MATCH | Mick Harford looks ahead to the Sky Bet Championship fixture against QPR!

Mick Harford is expecting a tough game when Queens Park Rangers visit Kenilworth Road on Sunday but hopes the Luton fans can be the ‘twelfth man’ and push them onto victory.

Over 1,700 Hatters travelled to Coventry in midweek, witnessing Elijah Adebayo fire the team back into the play-off places and despite being absent on the night, Harford praised the terrific supporters who made themselves heard on the evening.

“I don’t think you can single any one game out in terms of the crowd at Luton Town Football Club. They have been immense throughout the season, especially at Kenilworth Road, they're amazing, they get behind the team and they are like the 12th man.

“Going away from home they’ve been absolutely magnificent and 1,700 at Coventry the other night is just awesome and amazing, it definitely helped us get over the line." 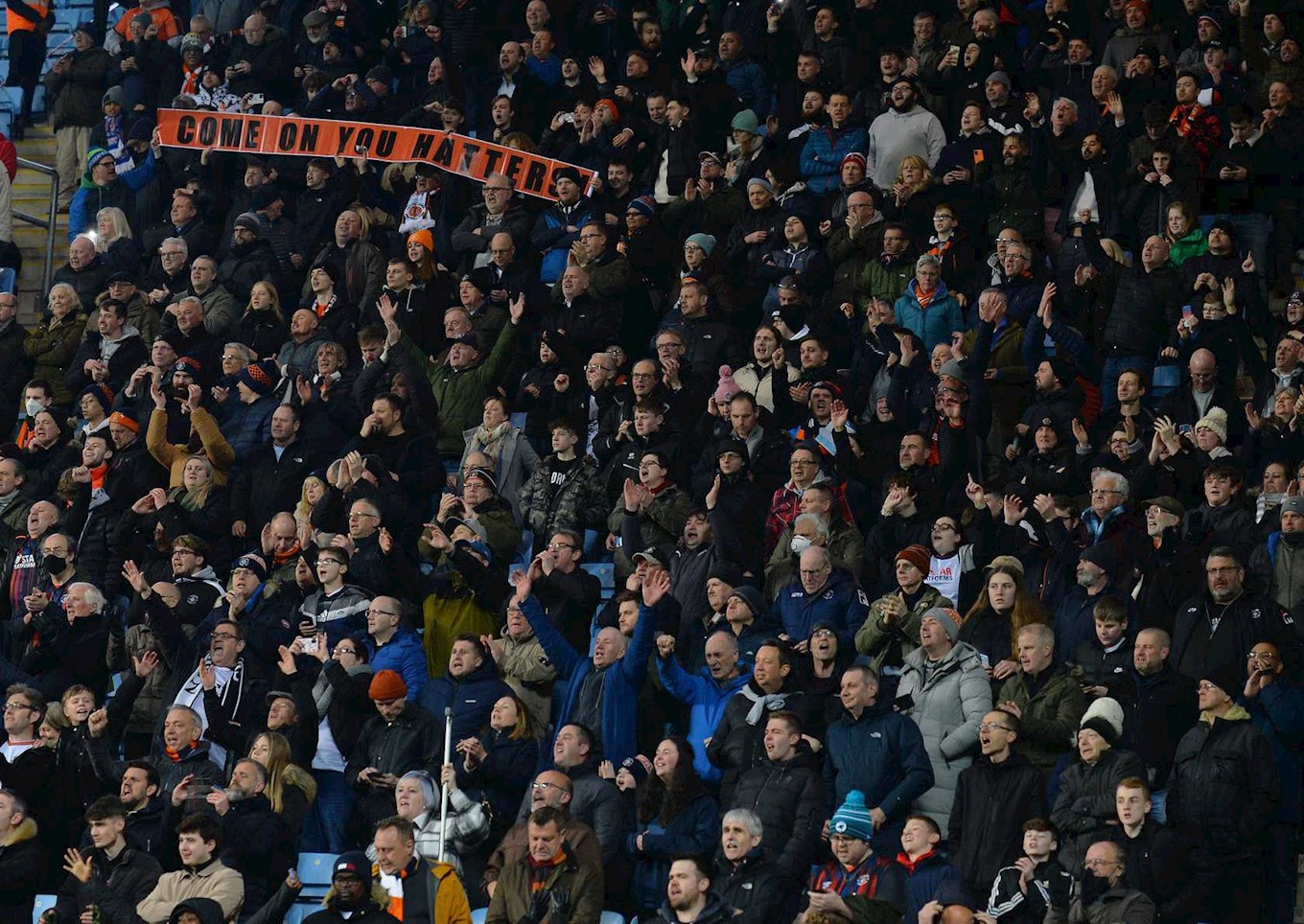 Turning his attention from one tricky game to another, the assistant manager is well aware of the challenge that awaits the Hatters on Sunday afternoon in front of the Sky cameras.

“We are in very similar positions, in terms of games won and goal difference. There is absolutely nothing between us in terms of where we are, maybe apart from the one point we are ahead of them. Queens Park Rangers are a good team, a good outfit. They’ve got some really good players, they play a certain way and Mark has got them playing, at times, some very special football.

“Good rotation in midfield, and obviously they’ve got a potent threat with the strikers they’ve got at the club, with (Charlie) Austin, (Andre) Gray and (Lyndon) Dykes, who are a real potent strike force there. It’s going to be a tough game as we all know, you know I’m going to say that. But it’s another challenge we are looking forward to.”

Sonny Bradley and Gabe Osho will both remain absent on the weekend but on the former, there was a positive update: “Sonny is on the grass now. It has been a long road for Sonny, he’s had that many setbacks but he’s back training now, so hopefully it won’t be long, although I can’t see it being over the next week or so.

“Gabe’s got a bit of a hamstring problem so he won’t be available for the weekend, It’s one that we’re monitoring at the moment, but he had a bit of a nasty injury Gabe, but hopefully that will clear up shortly.

One player who was present in midweek was Pelly-Ruddock Mpanzu, who was subject of praise from Harford.

“It was brilliant, I’m so proud of him, he’s a trojan, the games he plays, hardly misses a game. Unfortunately he picked up a niggly groin injury which kept him out for two or three weeks, but he was straight back in there, absolutely captains’ performance and so proud of what he did on Tuesday, so well done to Pelly and he carried the captain’s armband brilliantly.”