POST-MATCH | Tom Lockyer on his goal-scoring return against Bristol City!

There was no better time to get off the mark in a Luton shirt for Tom Lockyer and he made sure to make that remarkably obvious when wheeling away in celebration past the away end!

From a team perspective, it was a moment that turned the match in which the Hatters had struggled to assert themselves in before making the breakthrough.

But as both Nathan Jones and Tom Lockyer reflected post-match, it was simply about getting another three points on the board, no matter how it happened.

"It wasn’t pretty at all," the defender admitted. "We had to dig in and show character. We knew they were going to put pressure on us, we expected nothing less. Like I said, we didn’t play at all well but if you would have said to the fans before the game, we’re going to get three points tonight, they would have taken it regardless of how that was.

"Don’t get me wrong, we’d love to turn up every week and play teams off the park but it’s not going to be like that in the Championship," Lockyer continued. "A win is a win, like you said the team spirit is unbelievable, boys have to be patient because it’s hard at times, but everyone wants the best for the team.

"Whether you’ve got to sit and wait patiently for your time then sobeit, but everyone is rooting for eachother which is brilliant." 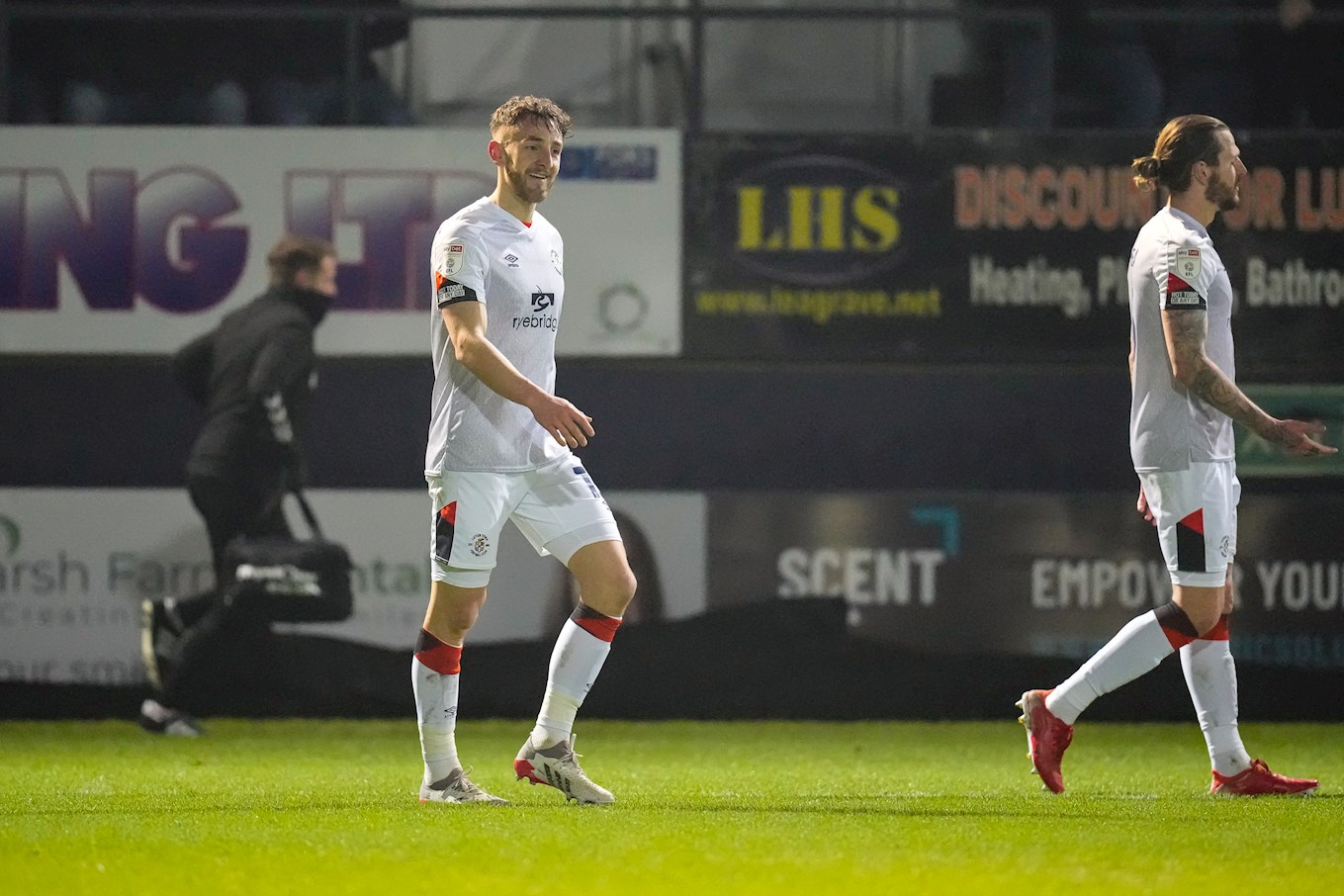 His goal got the ball rolling on a chilly night at Kenilworth Road and it was one the 27-year-old had predicted, saying: "To be honest I can’t really remember too much about it. Just remember it came off my head, I looked at the linesman and he didn’t have his flag up so I was buzzing. I went to sleep last night thinking I was going to score down that end which obviously happened!"

But it didn't stop there as Lockyer persisted that the second goal should go under his name also.

"Eli (Elijah Adebayo) has been in the game long enough now to know if he runs away with his hand up, he’s going to get it but I fully expect when the footage from behind the goal comes out, to go down as mine and Breezy gets the assist he deserves.

"He's got loads of goals already, I was a bit gutted coming off at the end knowing I was on a hat-trick. I wanted that match ball but it wasn’t to be! I’m fully in the ring for that, when that footage comes out, if I have to, I will go down the dubious goals panel route."