As fans gather to watch the mighty Hatters battle for their place in the table against West Brom today, they might think they’re seeing double.

From today, the club’s back of shirt sponsor - Utilita Energy will now also appear on the front of Luton Town FC’s home shirts, too.

As an extension of the support Utilita has already invested in Luton Town since 2017, Utilita is proud to be featured on the back and  the front of the home shirt and back of away shirts for the remainder of the 21/22 season.

The turbo-boosted partnership will enable Luton fans and visitors to take part in Utilita’s high impact energy efficiency and recycling campaigns that are supporting communities around the country.

We will release details and dates when a Utilita patch will be ready to apply to replica shirts for fans wishing to have their front of shirt logo replaced. For every shirt, Utilita will donate £5 to Prostate Cancer UK.

“The club is delighted to be expanding its partnership with Utilita - they are an active sponsor and bring heaps of value to the club and its brilliant community.

“Having their logo on both sides of the Luton Town FC home shirt is indicative of Utilita’s commitment to the club, and the community as a whole, and we look forward to supporting Utilita in their commendable community projects that directly impact people, the pocket and the planet.”

Jem Maidment, Utilita’s Chief Marketing Officer, comments on the extension of support for the club:

“The team is showing great promise, picking up 20 points from the last 10 outings so we’re delighted to join the front - as well as the back - of the team’s shirt as they power up the table.

“Our partnership with Luton Town brings a big opportunity for football’s biggest ever environmental campaign - Football Rebooted. Our mission is to save one million pairs of football boots from landfill, and get them back onto the feet of those who need them. The campaign has seen huge engagement since it’s May 2021 launch, so we’re excited to see Hatters fans benefit, too.”

Football Rebooted Supporting Access to Football in the South East

Utilita’s Football Rebooted campaign was created to encourage football fans to donate and claim pre-worn football boots and Astro boots to save families a small fortune, as well as 136,000 tonnes of carbon – the same as taking 7,000 cars off the road for a year, or turning the energy off in one million medium-sized houses for a week.

Football Rebooted is designed to put an aspirational spin on a mechanic that will get good boots through to families struggling to afford new ones. After Utilita’s State of Play report revealed that out of the 74 per cent of families who had been impacted financially by the pandemic, 18 per cent won’t be able to send their kids back to grassroots football as they can’t afford boots and other items such as goalie gloves and shin pads.

Central to the ongoing partnership is Utilita’s industry award-winning Energy High 5 movement – helping households to avoid the five most common habits that waste energy, enabling households to save hundreds on their energy bills, while helping the planet. Everyone can take part and start saving today, at www.utilita.co.uk/energyhigh5.

Founded in 2003, Utilita is one of the nation’s fastest-growing independent energy suppliers – currently powering more than 830,000 UK customers.

It has established itself as a hugely recognisable brand within British football, having supplied power to a number of iconic stadiums while partnering with over 20 clubs.

Utilita’s regularly referenced State of Play report has been integral to the recent conclusion of the House of Lords Select Committee’s National Plan for Sport and Recreation, which has revealed that participation in sport is flatlining in the UK. The report has called for a new Minister of Sport to be positioned within the Department of Health to deliver a new national plan for sport, health and wellbeing to improve access and participation.[1]

Professional clubs across the UK, including Burnley, Southampton, Hibernian, Portsmouth and the England team from Soccer Aid, have already signed up to donate football boots in the interests of the environment.

As part of the new campaign schools can request boots be sent to them for children who they identify as needing football boots to enable them to play in or outside of school.

Find out more information about the school’s campaign at www.footballrebooted.co.uk. Education partners can order their free pack here. 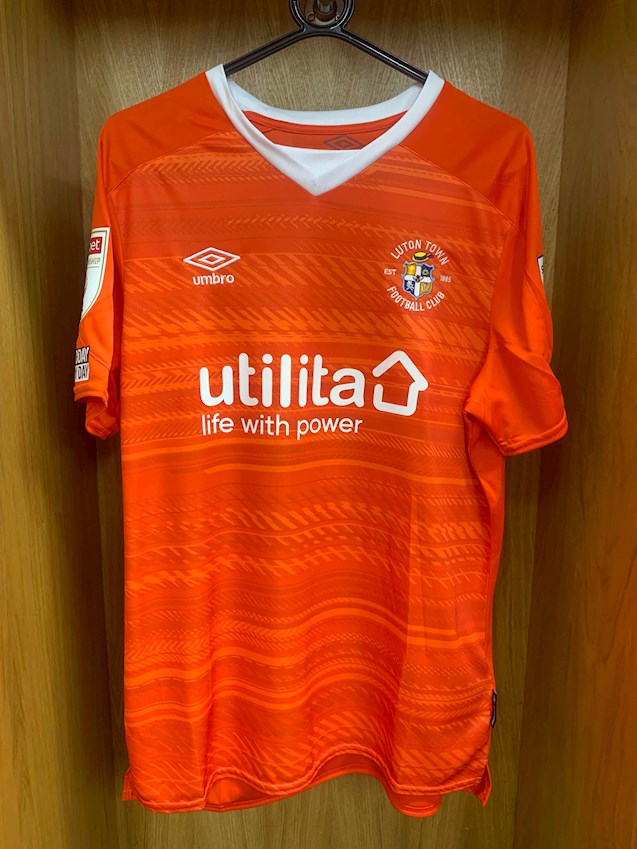