All you need to know about our new number 25, Jed Steer!

The Hatters have become Jed’s seventh club after beginning his senior career in 2009 with hometown club, Norwich City.

He was spotted playing in goal for his Sunday league team but revealed the somewhat bizarre circumstances behind it in 2019, saying: “Initially, like most goalkeepers, I was a striker. Most goalies always fancy themselves as an outfield player, so I played up-front for my local Sunday league team, and it just happened that our goalkeeper got injured one day.

“I ended up between the sticks and a Norwich scout was at the tournament I was playing at. I was big for my age, so I filled the goal quite well which also helped!”

Prior to signing his first professional deal, Steer was involved in the England set-up at Under-16 level and helped his country lift the Sky Sports Victory Shield with a 2-1 win against Scotland.

Interestingly, he faced current Hatter Kal Naismith in that game who scored from the penalty spot but was then later denied with a second penalty, with Steer making the crucial save!

He went on to represent England at under-17 and under-19 level, and on debut for the latter age group, kept a clean-sheet and saved a penalty against Cyprus. 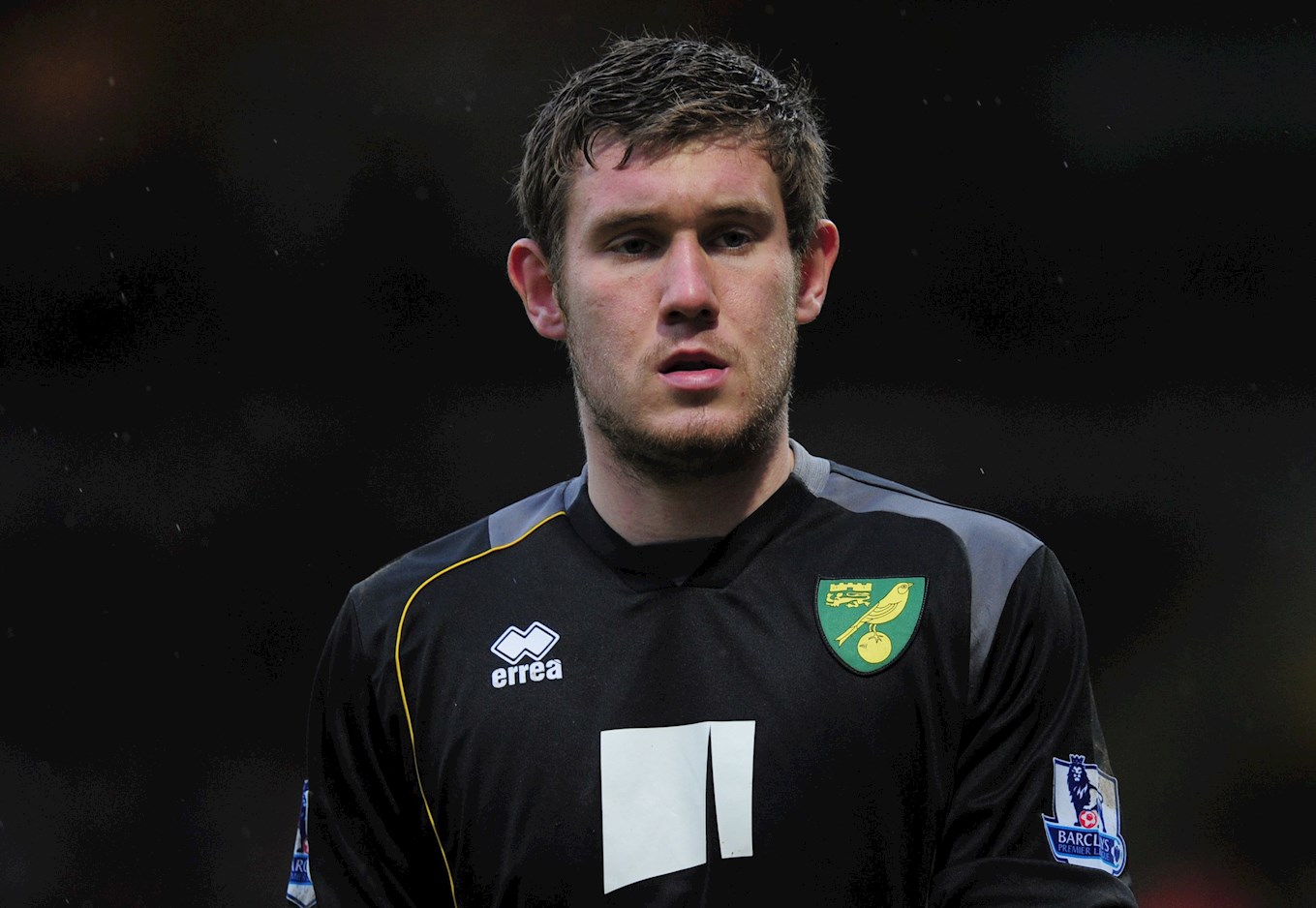 His first senior appearance came on loan at Yeovil Town against Brentford on the opening game of the 2011/12 League One season. He played alongside Nathan Jones that day, who gave away a penalty after handling in the area, as the Bees went on to win 2-0.

Following a one-month loan at Cambridge United soon after, he made his first-team debut for Norwich in January 2012, a fourth round FA Cup 2-1 victory against West Bromwich Albion.

Steer signed for Aston Villa in the summer of 2013, securing the No.2 spot behind Brad Guzan.

Since the day he joined Villa Park, he has 36 appearances up until this point, having largely spent time out on loan with Doncaster Rovers, Huddersfield Town and Charlton Athletic respectively.

His loan at the Valley in 2018 was brought to an end after he was recalled to cover for Villa’s new signing Lovre Kalinic after Orjan Nyland was injured. But following an injury to Kalinic as well, Steer was brought on at half-time during a defeat against West Brom in February 2019.

10th in the Championship at the time, the keeper would later have a big impact between the sticks and retained his place for the remainder of the season, part of Aston Villa's record-breaking 10 league game winning streak.

Speaking post-match, the keeper said: “I’d never actually been in a penalty shootout before in my career and I just had a slight feeling that I might save one but to save two was great!”

After reaching the play-off final for the second consecutive year, this time Steer and his teammates were successful, beating Derby County 2-1 at Wembley Stadium.

Following his announcement yesterday, the now 29-year-old recalls that day as one of his finest memories.

“I had the best day of my life playing in the play-off final for Aston Villa, and I want to replicate that. I’d love to push on, get up into that top six and have another crack at it.” 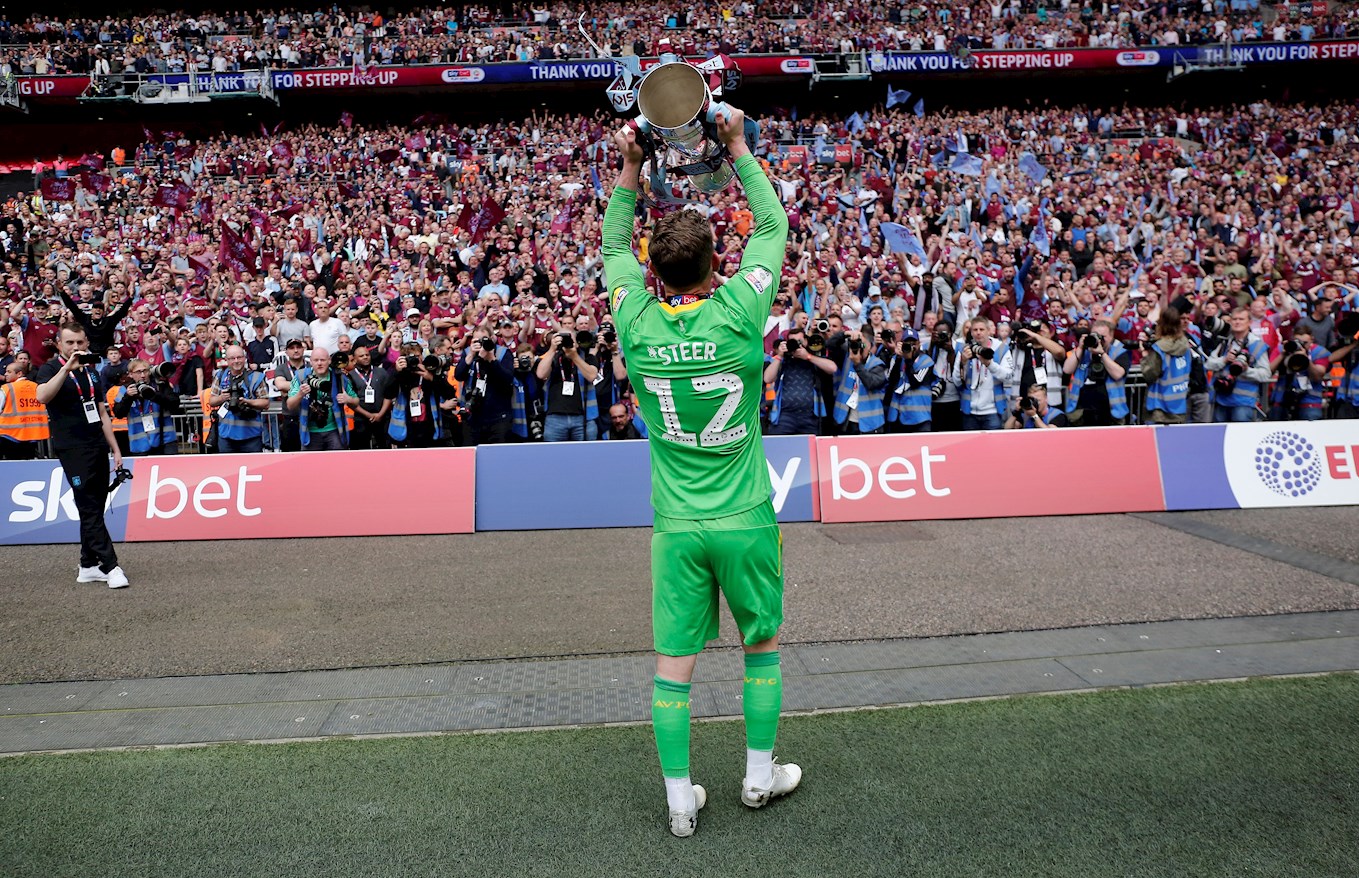