The Hatters picked up another point this afternoon with an excellent performance at Burnley, who were playing their first home game since being relegated from the Premier League.

Dan Potts fired the Town in front on five minutes, but the Hatters were forced to settle for a share of the spoils for the second week in a row as Josh Brownhill hit an equaliser five minutes into the second half at Turf Moor.

Manager Nathan Jones made one change to the side that drew 0-0 at home to Birmingham last Saturday, with Harry Cornick replacing Carlton Morris up-front alongside Elijah Adebayo.

Luke Freeman kept his place in midfield after impressing on his debut, alongside Allan Campbell and last week's Man of the Match - Jordan Clark. Luke Berry and Reece Burke were fit enough for the bench, whilst Alfie Doughty remained absent through injury.

The Hatters made a dream start when Potts gave them the lead on five minutes. Bell crossed from the left and Adebayo headed down for Freeman, whose path was blocked in the six-yard box but the ball rolled invitingly for the former West Ham man to sidefoot into the bottom corner.

Revelling in his role as top scorer, the club's second longest-serving player then got his head on a Freeman corner, before Adebayo saw his shot loop up off a defender, with keeper Arijanet Muric gathering under his crossbar with Cornick in close proximity.

Burnley, roared on by a sell-out crowd at Turf Moor for Vincent Kompany's first home match in charge, tried to mount a response and Samuel Bastien saw a 25-yard effort deflected well wide as the Hatters defended resolutely in the opening quarter, Potts putting his head on everything in both boxes.

The hosts enjoyed a lot of possession without testing Horvath in the Town goal and it was Freeman who took the next opportunity to strike at goal, although his volley from just outside the area on the half-hour mark was well off target.

A lovely move down the right involving Osho, Adebayo and Bree set Campbell driving forward into the box, but his cut-back intended for Freeman was intercepted by some last-ditch Burnley defending before Adebayo's tantalising cross just eluded strike partner Cornick.

The Clarets had their first real attempts just before the break, as Connor Roberts' shot deflected behind for a corner off Bradley's head, then Brownhill sent a 20-yard curler well off target.

Kompany made a change at half-time, bringing on Manuel Benson who he had signed in midweek from his former club Anderlecht, and they started the second half on the front foot; Ian Maatsen firing narrowly over the bar inside the opening 30 seconds.

Maatsen then sent another shot in low towards Horvath's near post, deflected behind off Osho, but the corner eventuall led to the Clarets' equaliser as the Hatters failed to clear a Benson cross and Brownhill curled home from the edge of the box.

Jones made his first change just before the hour mark, introducing Morris in place of Cornick, and the striker played a part in creating the next opening for Freeman, although his 25-yard shot cutting in from the right flank flew well wide of Muric's goal towards the travelling Town fans.

Burnley went straight up the other end and Dara Costolloe crossed for Ashley Barnes, whose stabbed effort landed on the roof of the Town net, before Adebayo and Campbell's pressing presented an opening initially for Morris, then Bree, Campbell and Clark, who all saw their shots blocked in quick succession inside the hosts' area.

Jones made his second switch by bringing Cauley Woodrow on for Freeman, but it was former Belgium Under-21 international Benson who was causing concern at the other end of the pitch, his trickery engineering a chance to curl one just over with 15 minutes to go.

Henri Lansbury came on for the injured Gabe Osho with five minutes left, and the Hatters safely saw out an excellent performance and point gained on the road. 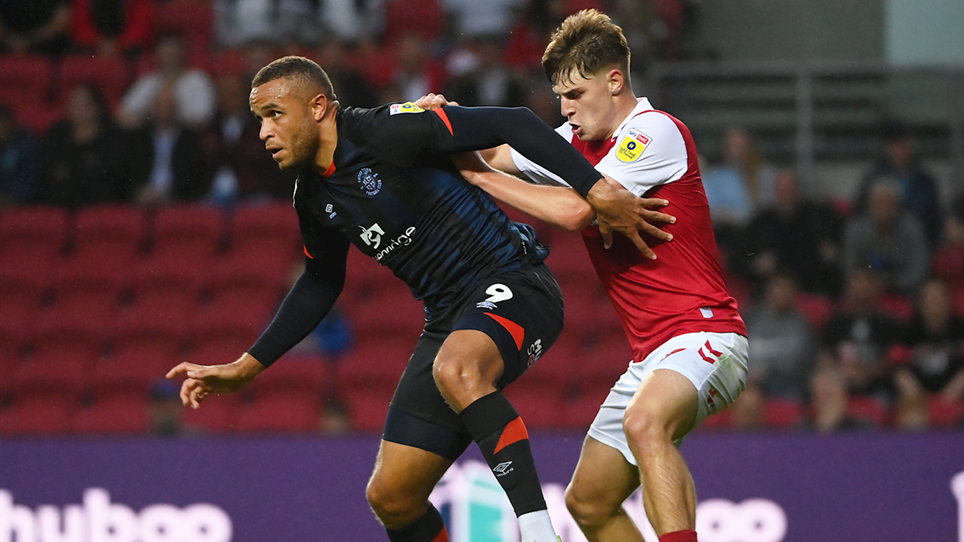 
The Hatters suffered a second successive league defeat at Bristol City as first-half goals from Nahki Wells and Tommy Conway gave the hosts all three points at Ashton Gate. 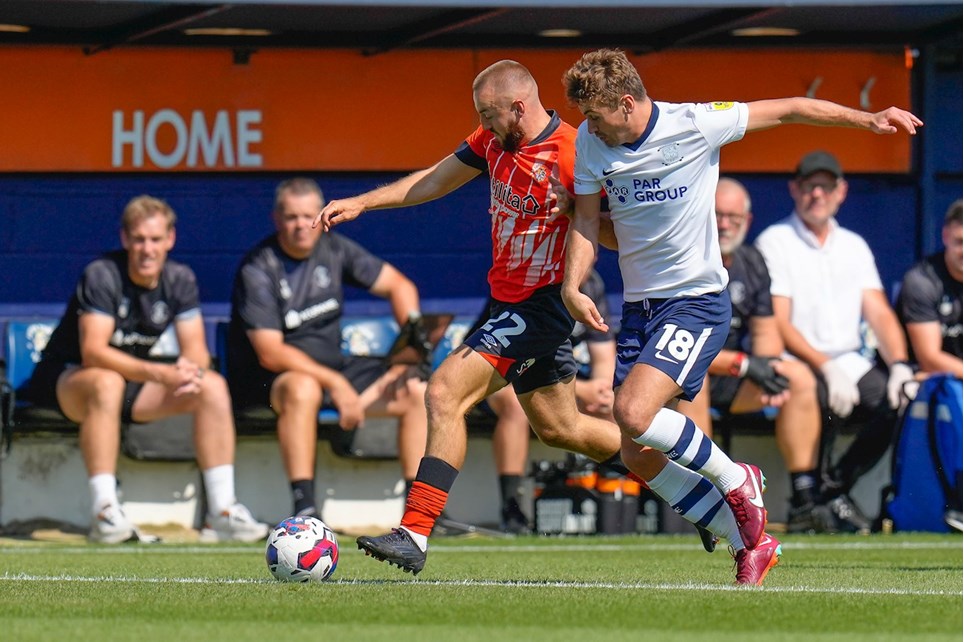 
The Hatters suffered a first league defeat of the season at Kenilworth Road this afternoon as Preston North End left with all three points courtesy of a first-half Brad Potts goal. 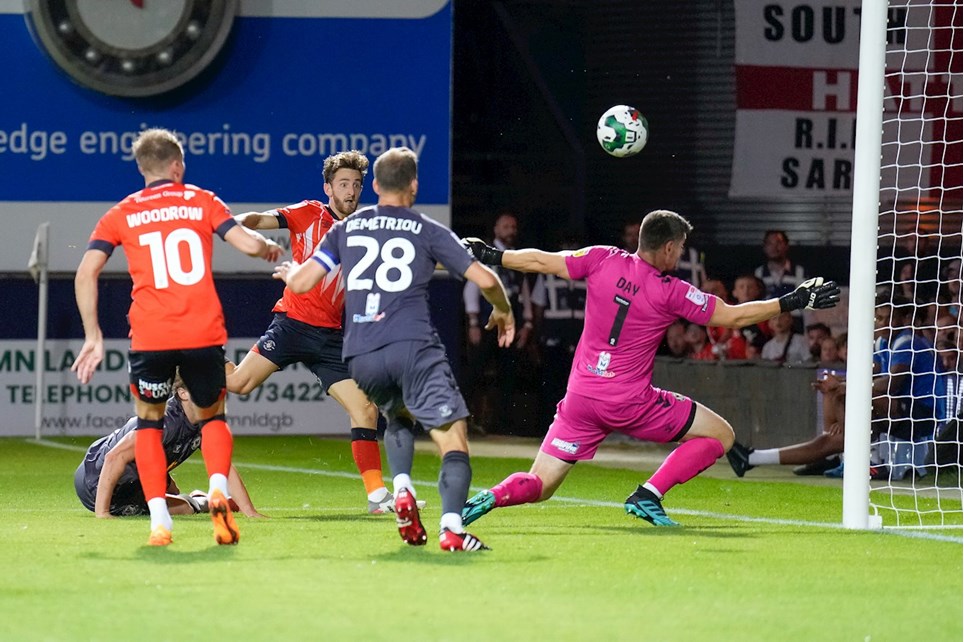 
The Hatters went out of the Carabao Cup at the first round stage for the second season in a row, losing 3-2 to Sky Bet League Two side Newport County at Kenilworth Road. 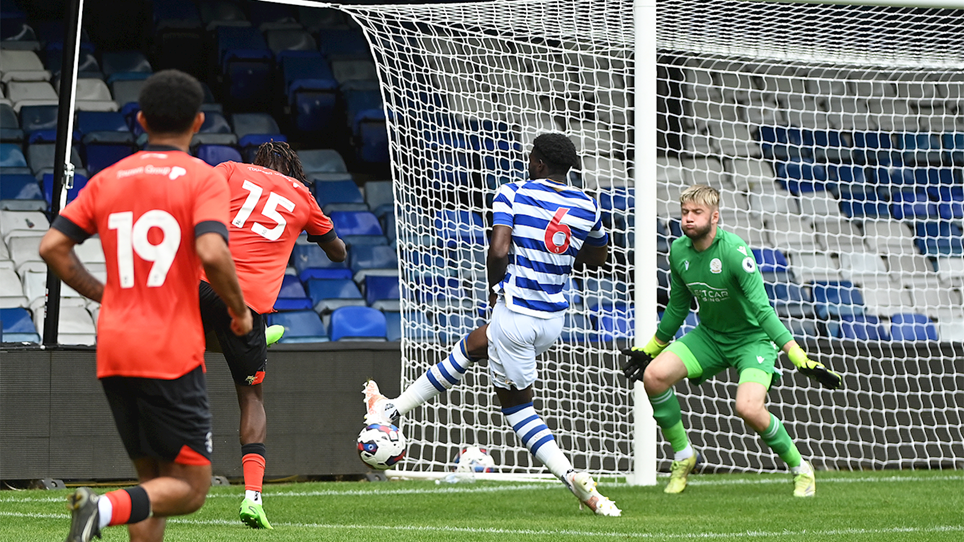 
Admiral Muskwe scored a brace in the Development Squad's 2-0 win against Reading Under 23s at Kenilworth Road this afternoon.