We are excited to announce the signing of Wales U21 international Elliot Thorpe, following his contract expiry at Tottenham Hotspur.

Thorpe, 20, becomes the ninth new face at Kenilworth Road since the end of last season and adds further steel to the centre of midfield following the arrivals of Allan Campbell and Henri Lansbury this summer.

He joined Spurs in 2013 from Cambridge and progressed through the ranks with the Premier League club. He was part of the squad that finished second in the Under 18 Premier League in 2019, scoring once in a 4-0 win against Fulham.

Following two seasons with the Under 18s, Thorpe moved up to Under-23 level and last season he made 18 appearances in Premier League 2, scoring two goals – both of which came in a 4-1 victory over Liverpool. 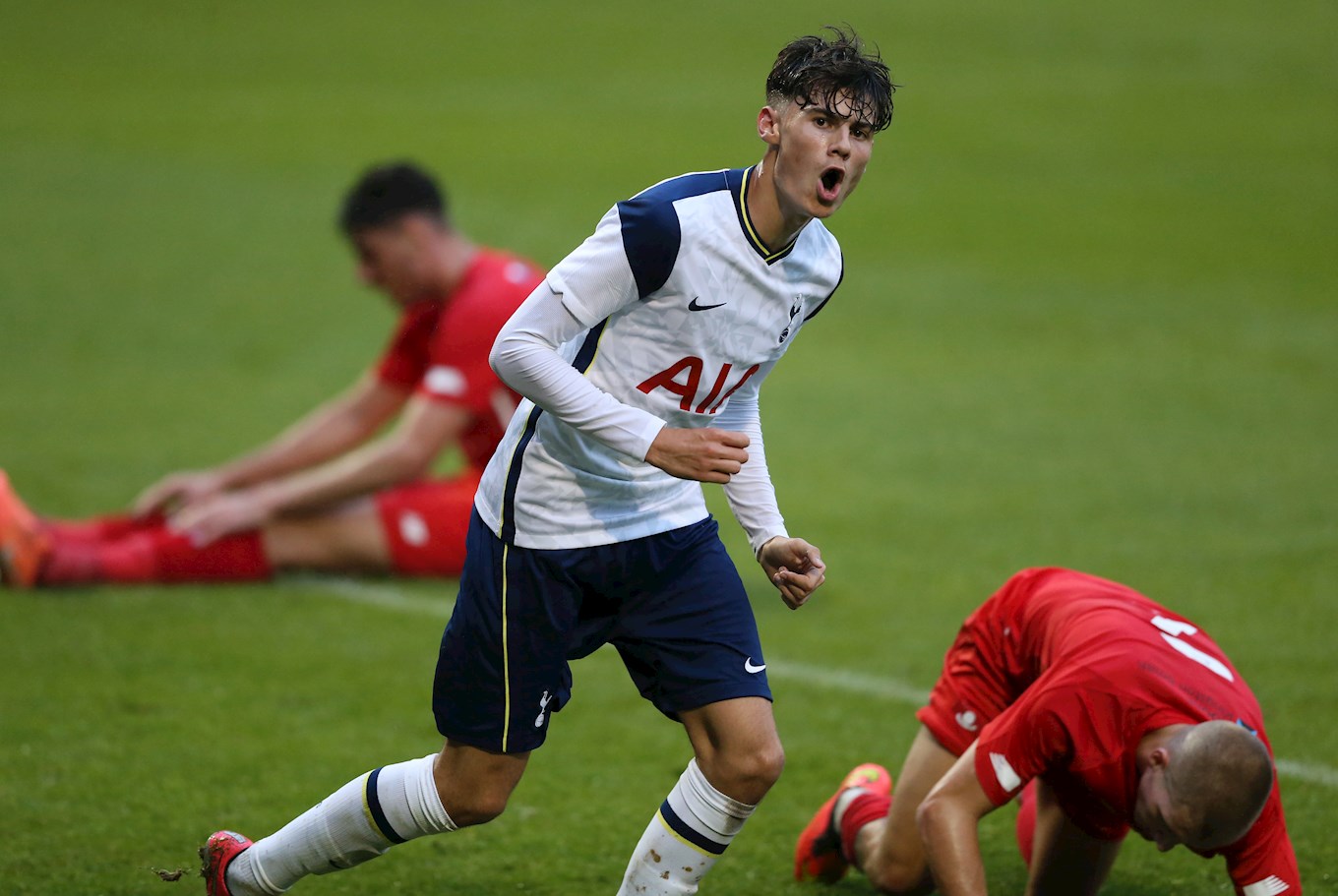 Alongside his club career, the Hinchingbrooke-born youngster has advanced through the Wales set-up from under 16 level, to recently earning a call-up to Paul Bodin’s Under 21 side, where he was an unused substitute in two Euro 2023 qualifying matches.

Manager Nathan Jones said: “Elliot is someone we’ve monitored for a while now. We identified him a little while ago and Tottenham allowed us to have him in for a few days’ training to see how his character is and so on, so we are delighted now to sign him.

“He’s young and a very technically gifted midfield player. We try to cover all our groups, but we haven’t got many of that 18, 19, 20, 21 age group that are pushing first team, and Elliot is one that is in that group.

“We’ve covered all the others. We’ve got good experience, we’ve got real good players in the prime of their careers, and we’ve got ones who represent real value – 22, 23, 24 year-olds.

“So it’s just the younger group now that we really need to fill and Elliot comes in as a first team professional to challenge what we have here. He’ll need game time in the development squad, but he’s someone we’ll bring into the first team and we are delighted to have him.”

Elliot first came in to train with the Hatters squad towards the end of last season, and after being linked with several clubs both at home and in Europe, is pleased to have signed a permanent contract with a club local to his family home.

“I’m delighted to be here, it has been a long process but one that is definitely going to be worth the wait,” said Elliot. “I’m joining a club with a really good manager, a great group of players and I just think it fits me.

“I had a meeting with the manager and I knew straight away that Luton was the place for me. He has told me what it’s like here, what the group is like and just the whole feel of the club feels right for me. It is a great opportunity for me so I just have to grab it with both hands.” 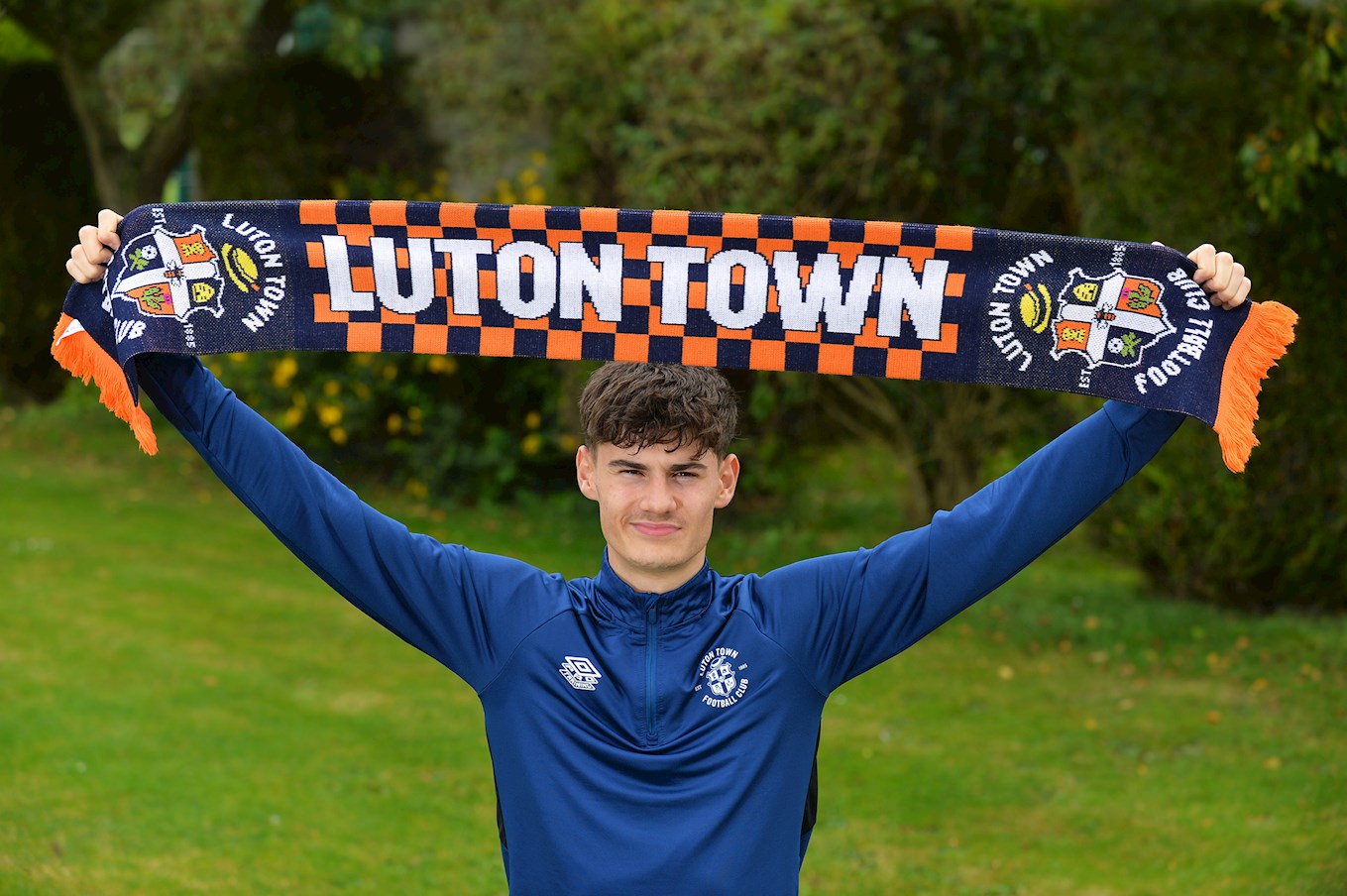 Having spent eight years at Spurs, it was a big decision to turn down a new contract and make the move away to progress his career.

“That is where I have grown from a boy into a young man, and I will always be grateful to Tottenham for everything they have done for me on and off the pitch,” he said.

“They have really good staff, really good players and good people as well, not just on the pitch. Of course, it was a tough decision, and not one I took lightly. But I think in a bit of time, it will be the right one.

“This is solely about wanting to play first-team football. With Tottenham I understand it is very difficult to be the one to break through. You might get a game here and there in a cup, but I want to be established and playing week-in, week-out, which is why I have come to Luton.”

Finally, describing his playing style, Elliot adds: “I am a good runner with the ball, I can see a pass, I enjoy a tackle and I like to pop up with a goal as well – short and sweet!”